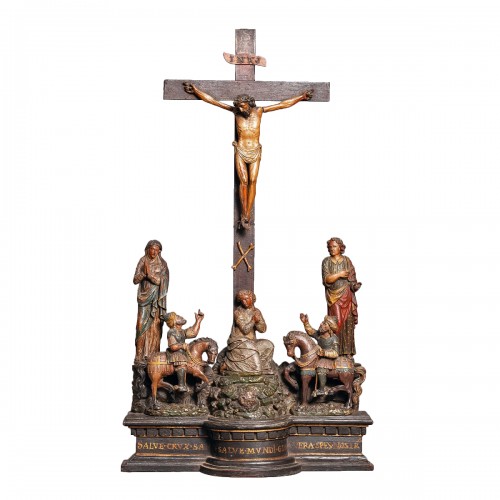 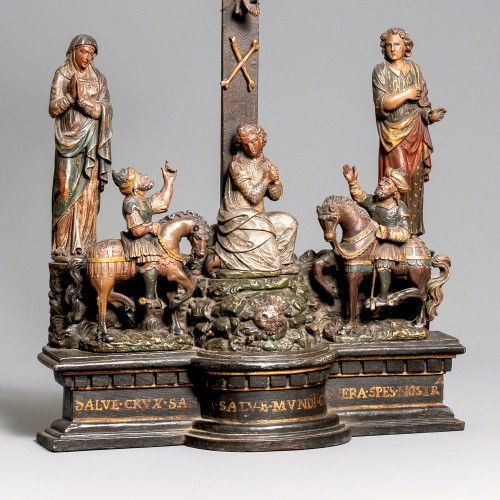 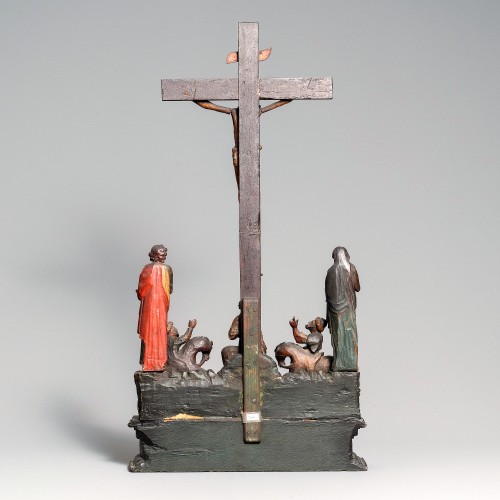 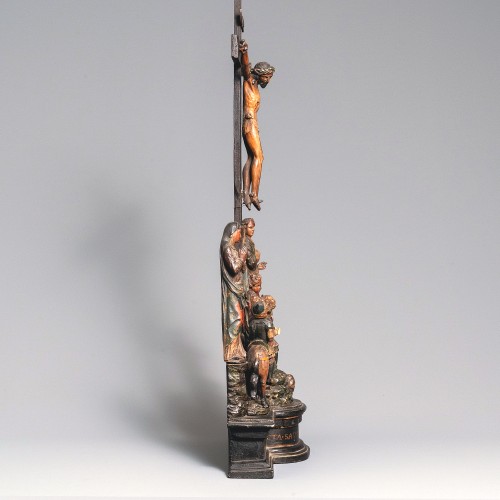 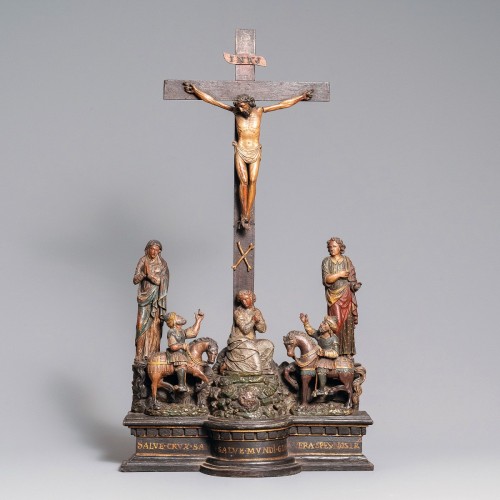 The present crucifixion group, featuring Christ on the cross, the Virgin Mary, Mary Magdalene, Saint John and two Roman soldiers on horseback flanking the cross, are displayed upon a wide plinth with the terrain of Golgotha above.

The Latin passage along the base of the cross, painted in gold, refers to the opening verse of Salve Crux Sancta Salve Mundi sung during the feast of Inventio Crucis. The hymn is of old invention, attributed to Fulbert de Chartres who was bishop of Chartres during the early 11th century.

The iconographic vocabulary of the present group indeed points to a possible origin in France, particularly the Burgundy region of eastern France, with its choice use of period costume and anecdotal animated figures. Similarly orchestrated Golgotha scenes can be observed against elaborate architectural settings in retables at the Church of St. Martin in Rumilly-les-Vaudes or one at the Musée des Beaux-Arts in Dijon.

While the present sculpture may be indebted to the influence of late medieval French retables, there is also the apparent influence of mid-to-late 16th century Italian modalities in the present work, as concerns the figures of the Virgin Mary, Mary Magdalene and St. John. The blend of French and Italian concepts in the present sculpture could suggest an origin in or around the First School of Fontainebleau, executed sometime between the mid-to-late 16th century and intended for use in a chapel or home for private devotions. 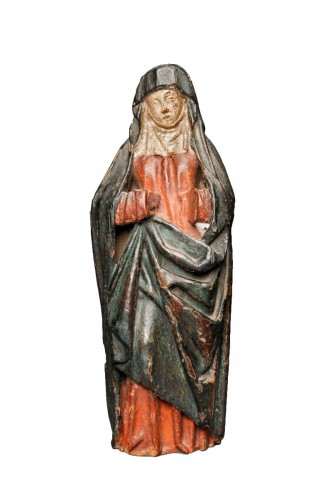 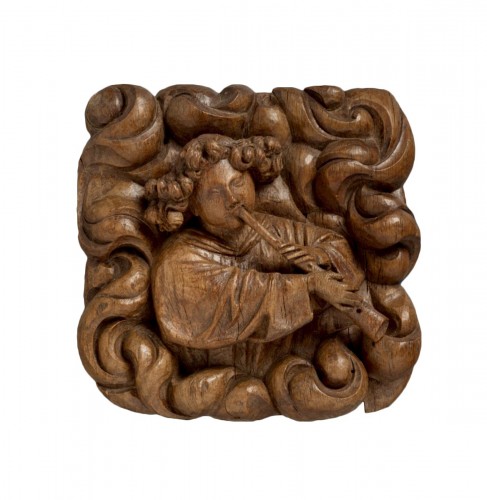 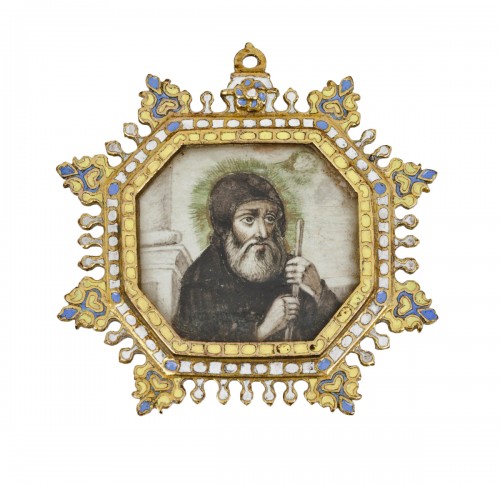 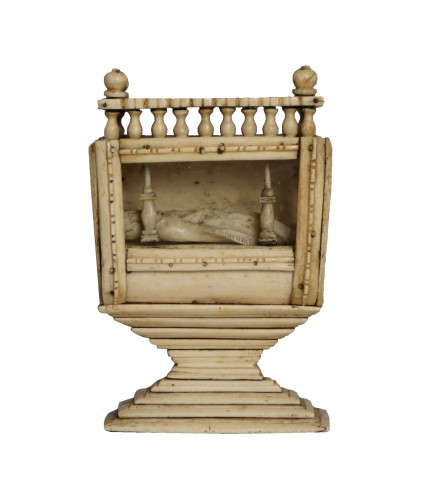 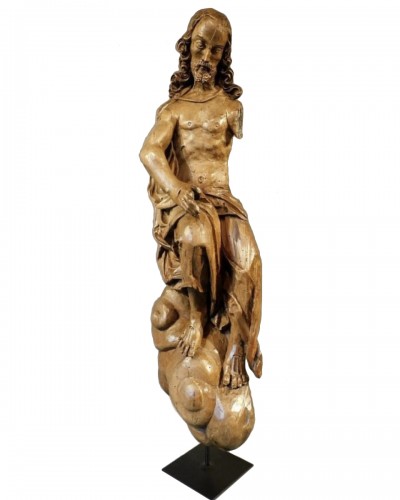