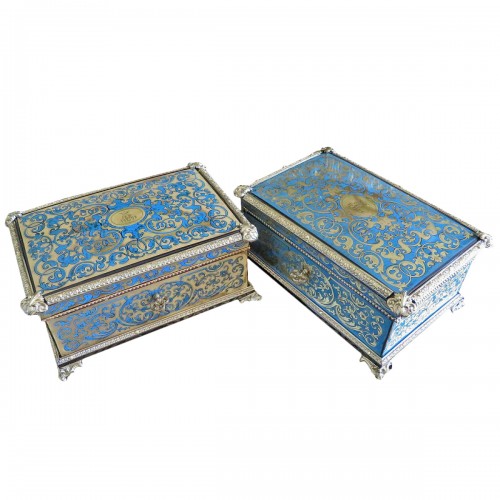 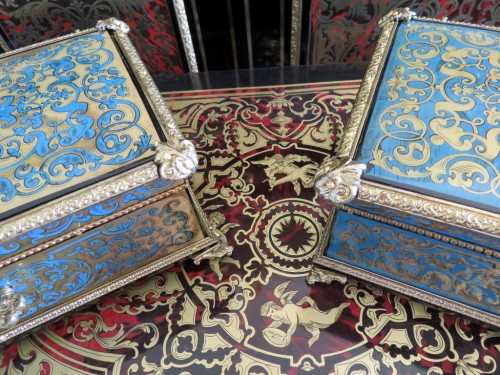 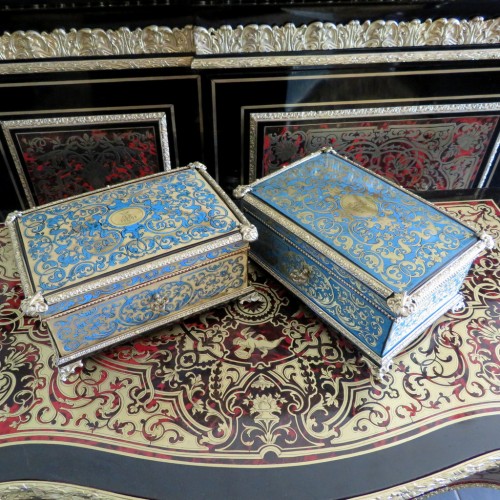 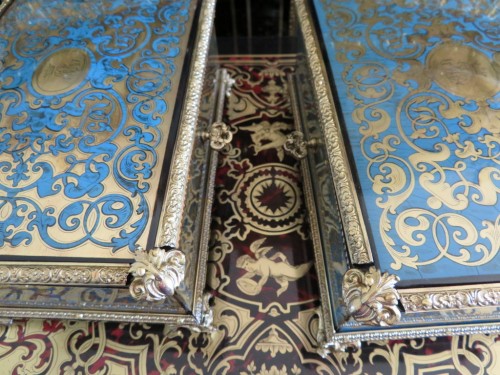 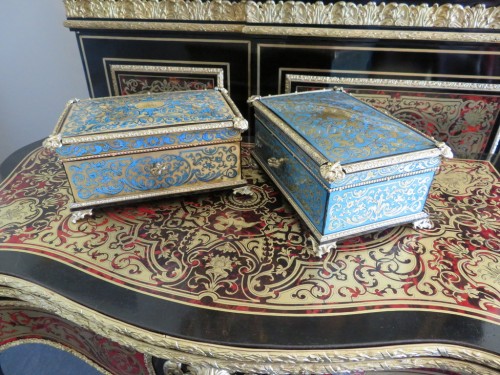 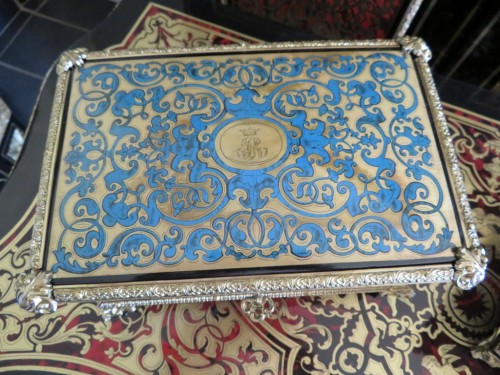 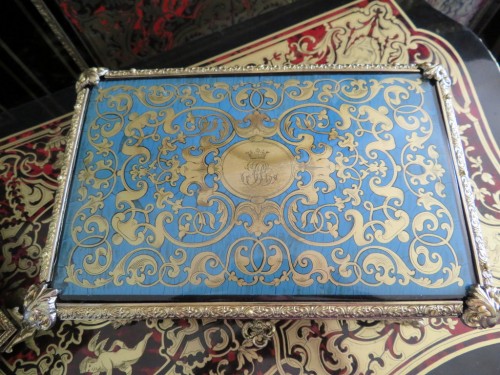 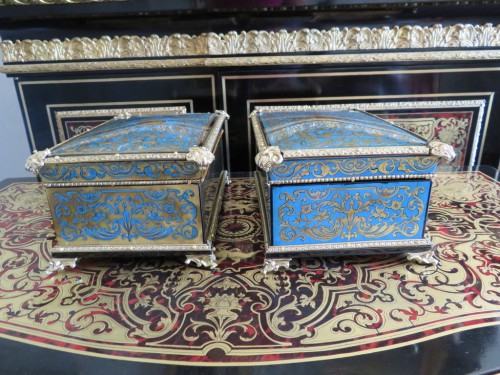 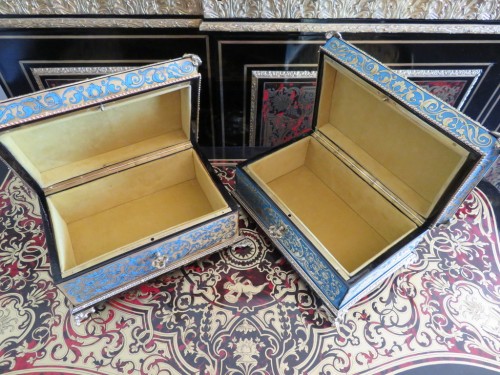 Pair of boxes in Boulle Marquetry

All Sides with Boulle Marquetry turquoise

cartouche with the crown of the Marquis

The Garnesson house, installed in the galleries of the Palais Royal in Paris, was active as a merchant of necessities during the first half of the 19th century. Nicolas-Jacques Garnesson collaborated with the main suppliers of the Imperial Court, then those of the Bourbon court. When he died in 1824, his son Hippolyte took over the family business. The house worked with goldsmiths, perfumers and cabinetmakers under the Empire and then under the Restoration. 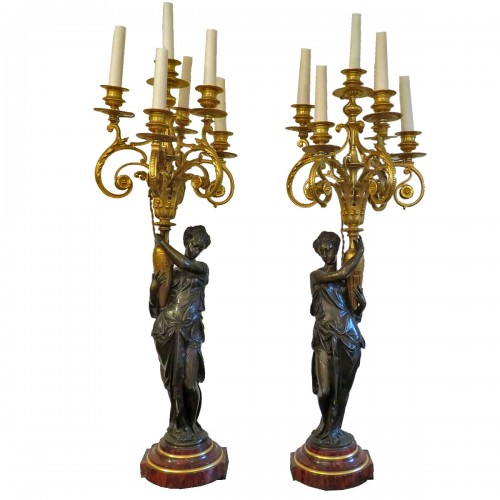 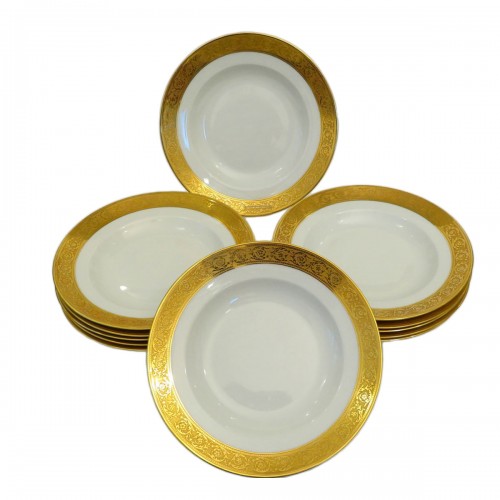 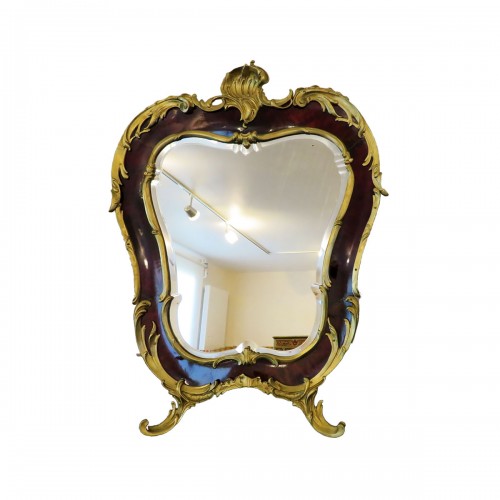 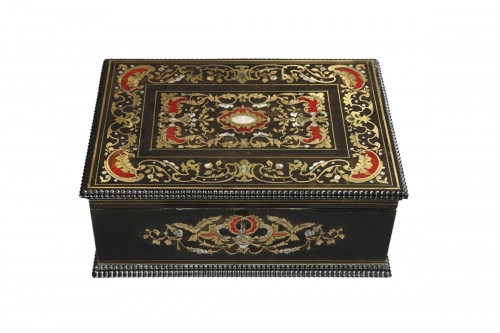 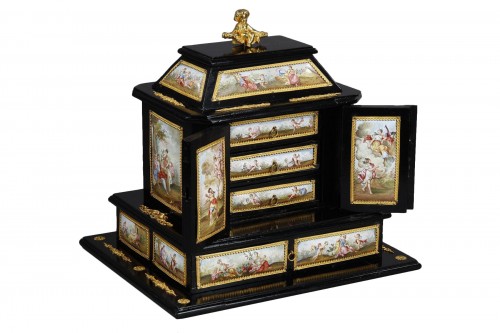 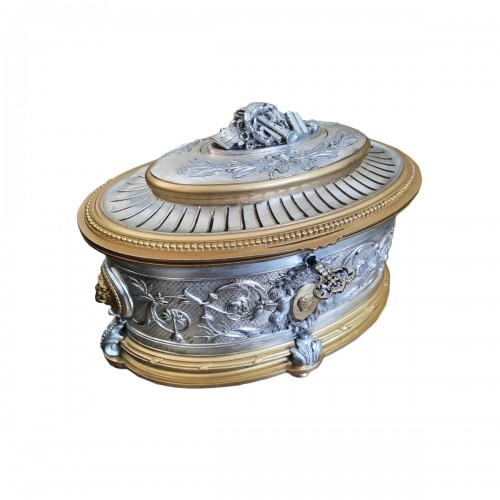 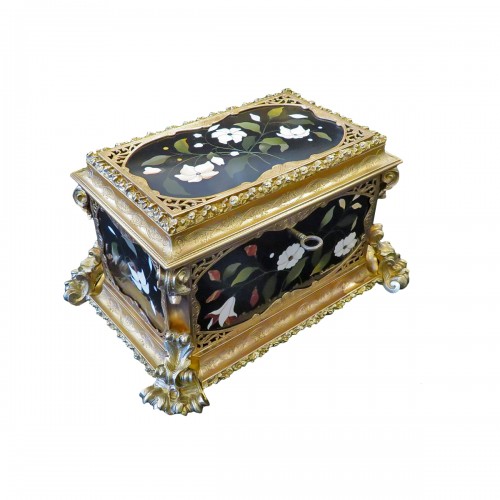