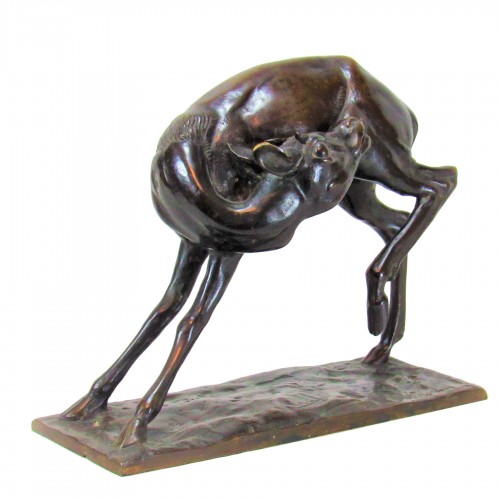 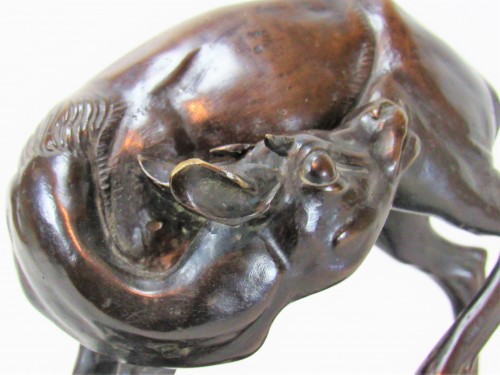 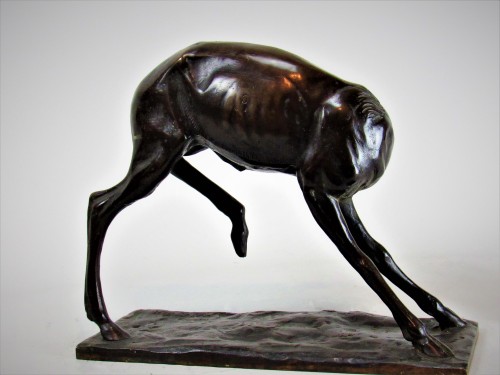 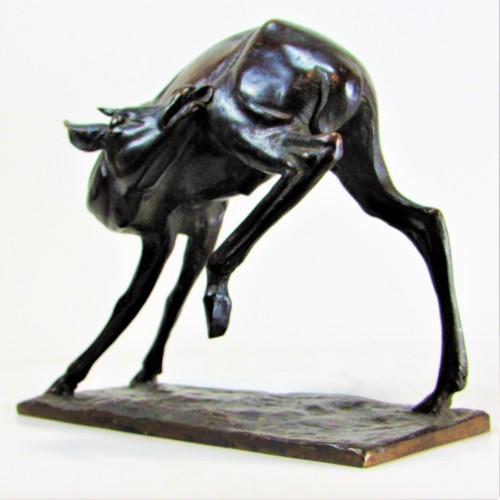 A nice bronze cast of a young antelope or a young male deer licking its back, by Sirio Tofanari (1886-1969). An old cast with a dark brown shaded patina and lighter brown undertones. Signed S. Tofanari on the base.

Together with Rembrandt Bugatti, Sirio Tofanari is recognized as one of the foremost sculptors of the Animalier movement in Italy. He was born in Florence in 1886, the son and grandson of ornamental sculptors and younger brother of the painter and sculptor Salvino Tofanari.
Like his father and elder brother, whom he accompanied from a young age when they went hunting on the family estates, Sirio studied at the Florence Academy of Art, attending life classes there from 1902 to 1907. Tofanari moved to Paris and successively to London, where he perfected his technique. In London, he went daily to study the animals at the zoo. In 1908, he exhibited both in Faenza and Turin, where he attracted favourable attention.1928 marked by a personal exhibition of the artist’s work in Brussels, opened by Queen Elisabeth of the Belgians. The presence of this prominent supporter of the arts, who bought from the show for her own collection, is evidence of Tofanari’s considerable reputation at that time.

An insightful observer of nature, Tofanari was famous for his ability to carve animals in their particular gait and to catch the naturalness of his subjects thanks to his chiselling prowess. He took part from 1909 to 1934 in all editions of the Venice Biennale, while in the Rome Quadriennale an entire pavilion was dedicated to him. His works can be admired in keynote galleries both in Italy and abroad: Rome, Florence, Paris, London, Brussels, Amsterdam, Buenos Aires, Bahia Blanca, Santa Fe, Rio de Janeiro, San Paolo. In 1937, he moved to Milan, where there was a demand for his work from private patrons, but his house, his studio and its contents were destroyed during an Allied bombing raid in 1942
In 1949, the President of the Republic issued a decree appointing him a member of the Academia of San Luca in Roma. 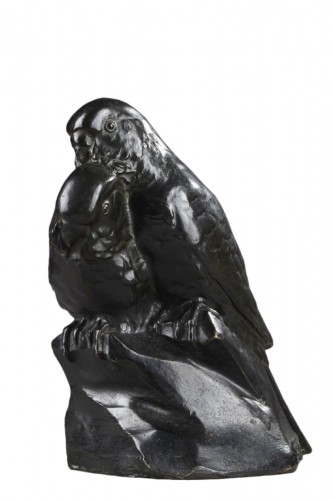 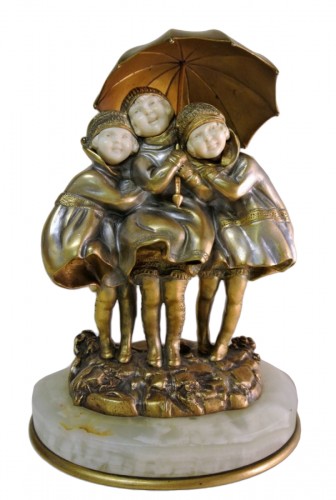