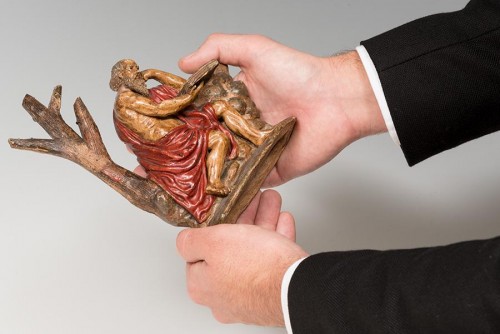 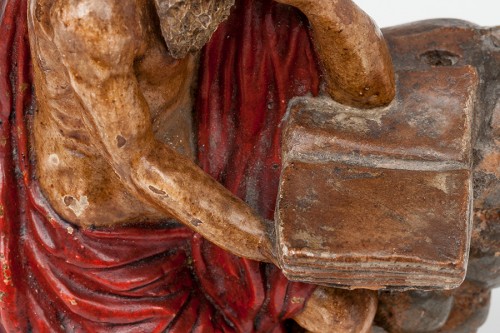 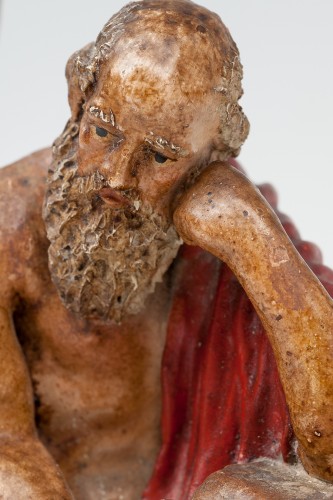 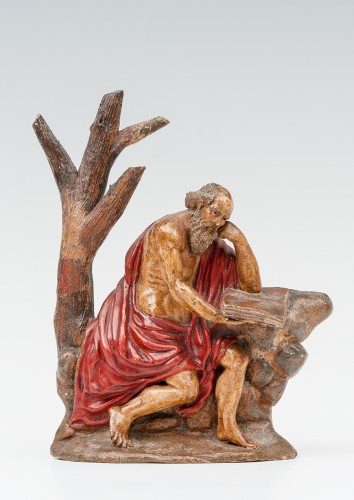 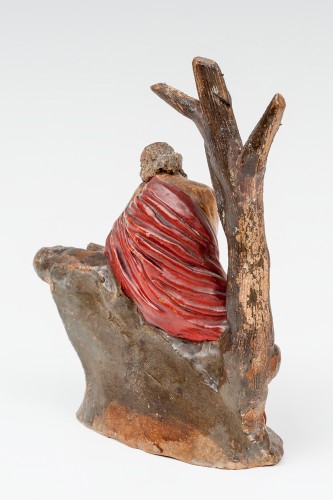 St. Jerome was one of the four original Doctors of the Latin Church. Born in 340 in Stridon, a small town in the Roman province of Dalmatia, he studied in Rome and was baptized there. Embracing an ascetic lifestyle, he travelled the East and was ordained a priest. He then returned to Rome in 382 and served as the secretary of Pope Damascus I until 385. It was during this period that he began his Latin translation of the Bible, which became known as the Latin Vulgate Bible and would be his most important achievement. In addition to the translation, he spent much of time promoting the monastic way of life and continued to produce writings, mainly reviews of sacred scripture. Eventually, he traveled to Bethlehem, where he remained in service of the Church until his death in 420.

The figure of St. Jerome was embraced by the Counter-Reformation mainly because his writings defended the concepts that were attacked by the Protestants: the virginity of Mary, the veneration of martyrs and relics, and the monastic state, among others. Owing to his life as a penitent hermit in the Holy Land he, like Mary Magdalene, became a symbol of repentance and penance. In Spain, the royal court established a religious order in his name which focused on intellectualism and which played an important role in the dissemination of the iconography of St. Jerome. Our terracotta sculpture is a perfect example of the creation and use of images of the Saint in Spain.

In the sculpture, St. Jerome is depicted nude, sitting on a rock in the shade of a tree, absorbed in his reading. There is evidence that there might have been a crucifix affixed to the piece at some point, however, only one hole remains where it would have been attached. The small scale of the piece most likely indicates that it was a preparatory model for a larger work, a widespread practice at the time.

The virtuosity of the modeling as seen in his beard, hair and face, in addition to the detailed rendering of his anatomy clearly represent the level of realism that was typical of the seventeenth century sevilian school. The quality of the polychromy, anatomy, and the twisted cloths of his robe suggest the influence of Alonso Cano and reference The Penitent St. Jerome in the Museum of Sculpture in Valladolid. 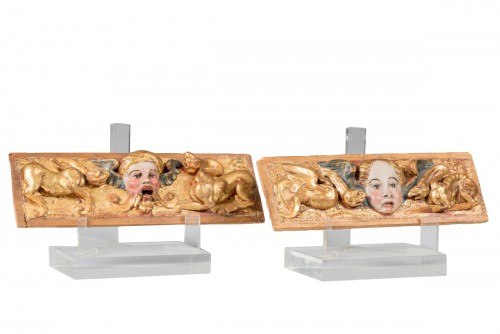 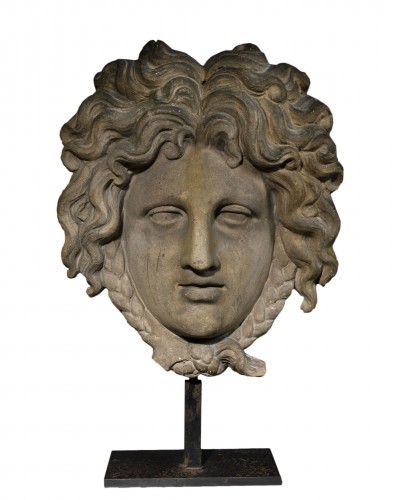 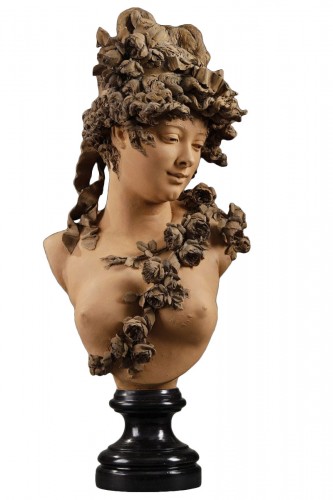 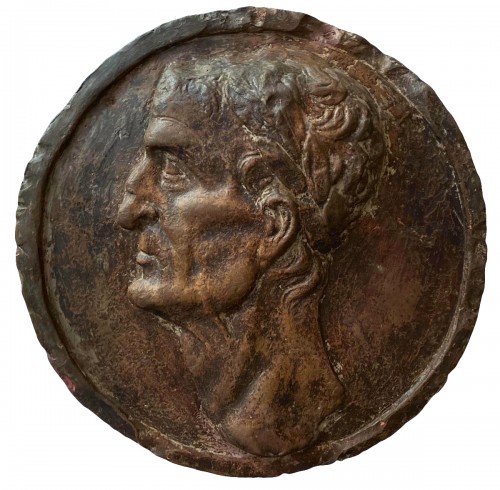 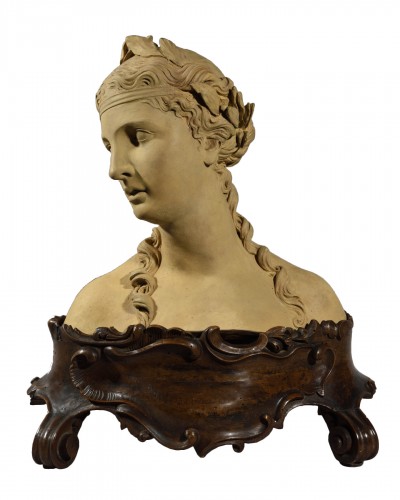