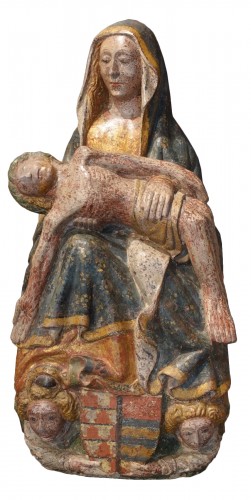 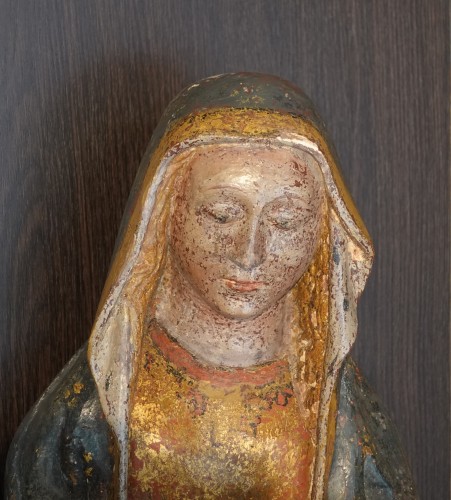 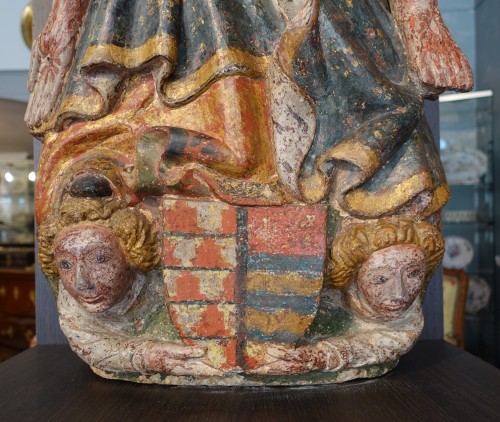 Exceptional and important Pietà in polychrome and gilded limestone dating from the 15th century.
The virgin, seated on her throne, wears a red dress with a rounded collar and edged in gold as well as a blue veil over her hair, and falling in large folds on the front.
Her round face, with lowered eyelids, is soft and serene.
Marie carries her son on her knees, horizontally, legs dangling at right angles.
One will notice the rather unusual position of the left arm of Christ passing over the arm of his mother. We find this position in particular on the Pietà of the Louvre Museum from Monmorot (Côte D'or) or on the Piétà of Bayon (Meurthe et Moselle)
The whole is based on two busts of angels holding a coat of arms in their hands. The presence of the coat of arms suggests the offering of this sculpture for a couple whose two families seem to be represented.
On the right, the wife's coat of arms attributed to the Bererd family present in Beaujolais, a member of which was governor of the castle of Thizy in the 15th century.
On the left of the coat of arms, the husband's coat of arms. Probably from a family dating back to Jehan Le Grand from Baigneux, whose son Claude Le Grand was an officer in the house of the Duke of Philippe le Bon.
A great similarity can be found in the sculptural treatment of our Pietà and the Virgin of Pity in the Cathedral of Saint Flour, dating from the second half of the 15th century.
The emotion and serenity that emerge from this sculpture testifies to a work of art of fine quality.

Origin
Property of a collector of the Ain
Former collection of Mrs. Gabrielle Laroche whose Pietà has been the subject of a study which will be given to the purchaser. 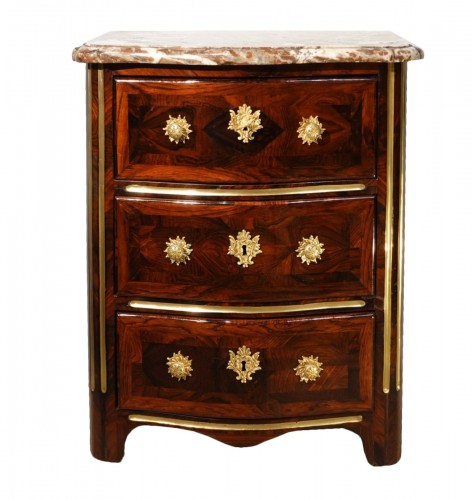 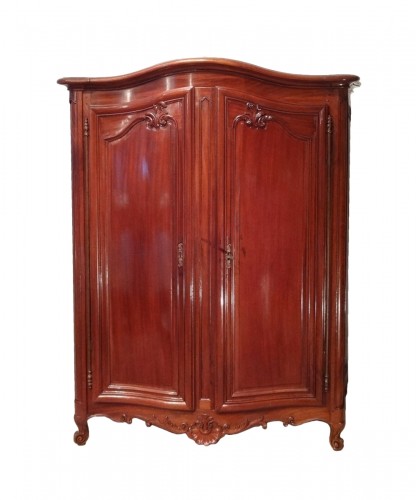 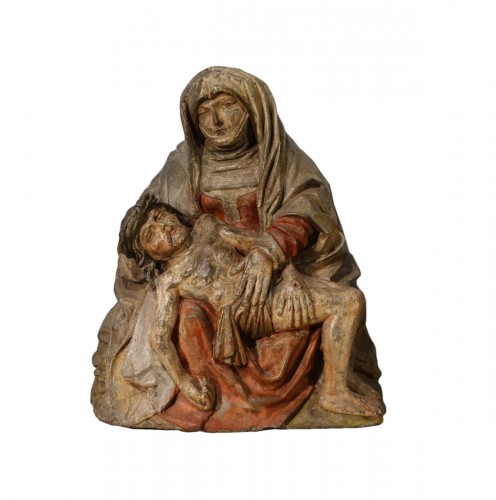 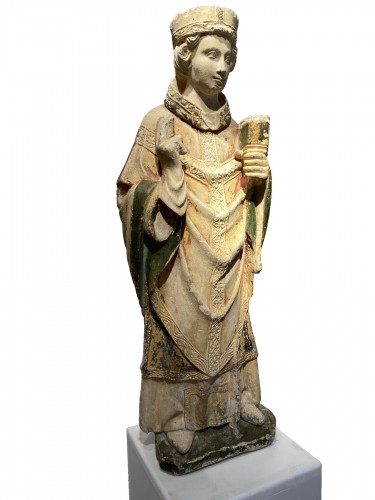 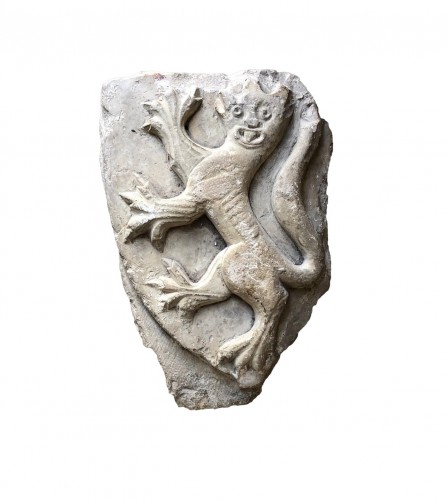 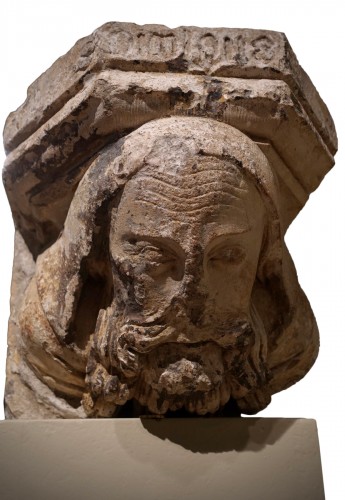