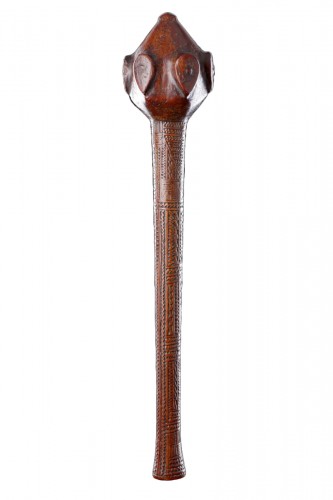 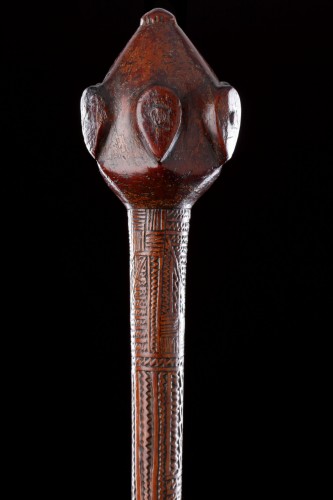 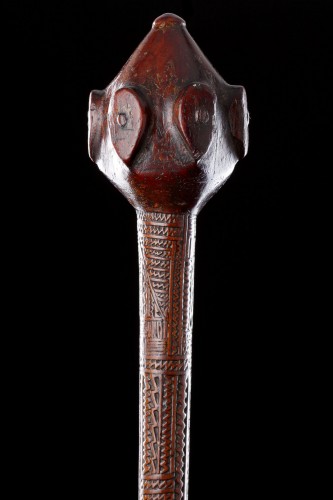 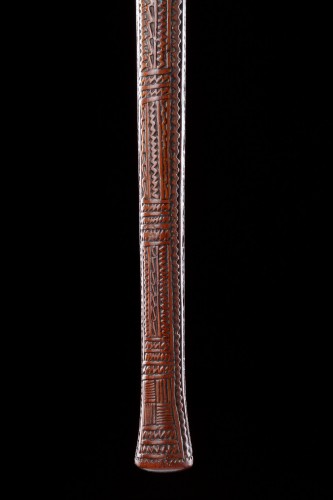 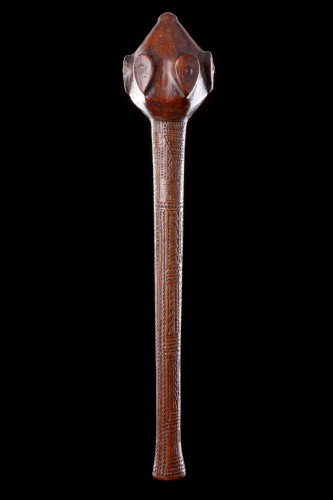 In the 18th century an extensive exchange network existed between Tonga, Samoa and Fiji. Cook arrived in the 1770’s on his second and third voyages as well as other European explorers and named Tonga the ‘Friendly Islands’. Valuable information on the area came from the account by William Mariner of his four year stay on Tonga between 1806 and 1810, and by the 1820s the London Missionary Society and the Methodist Mission were stationed on the Islands. Within ten years they had converted the Tongan chiefs to Christianity.
The Fijian term ‘kolo’ was used in Tonga to refer to the throwing clubs that were generally referred to as i ula in Fiji. The name, which has no meaning in Tongan, is one of several indications that throwing clubs spread from Fiji to Tonga and Samoa, where they were known as ‘olo’. Whilst many Tongan ‘kolo’ are almost, if not wholly, indistinguishable from Fijian i ula, there is a small corpus of distinctly Tongan throwing clubs, such as this example, that pursue the greater refinement and symmetry of form, which is characteristic of Tongan art.
On Tonga the quality of a warriors weapon was a symbol of his rank. Chiefs often possessed finely finished and decorated war clubs that were symbolic of their social status. The favourite weapons of the Tongan warrior was the club and the spear. They were fierce fighters and highly respected for their bravery in battle even by the ferocious Fijians. 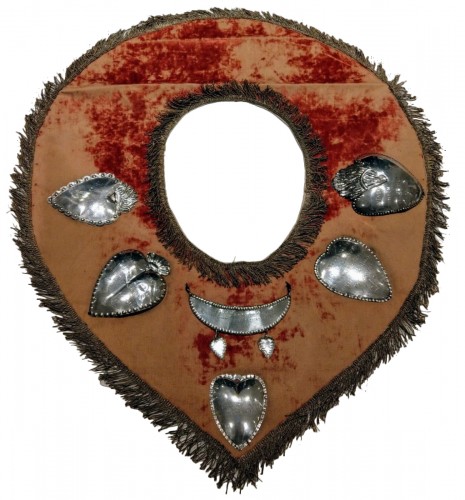 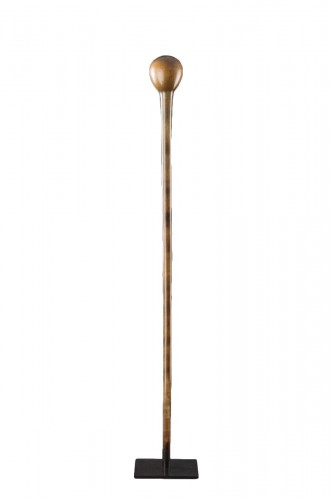 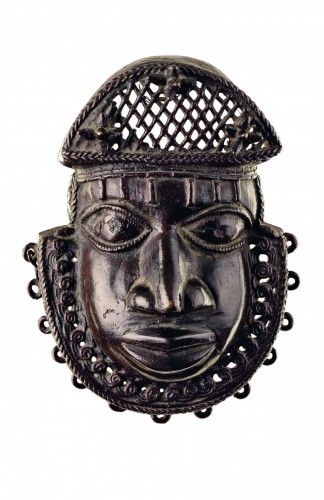 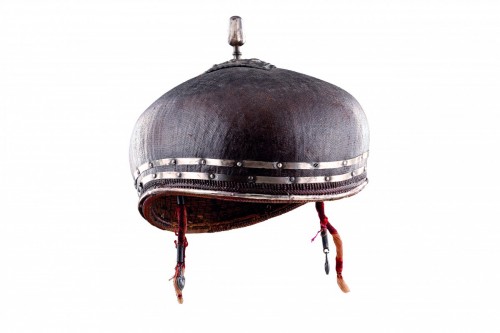