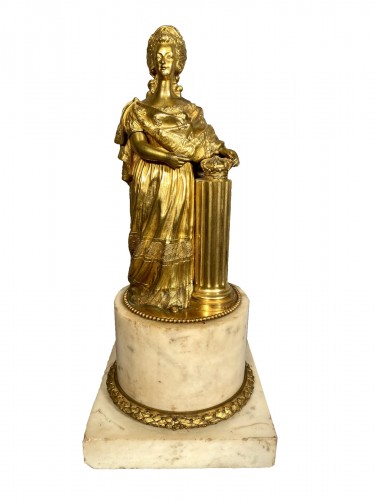 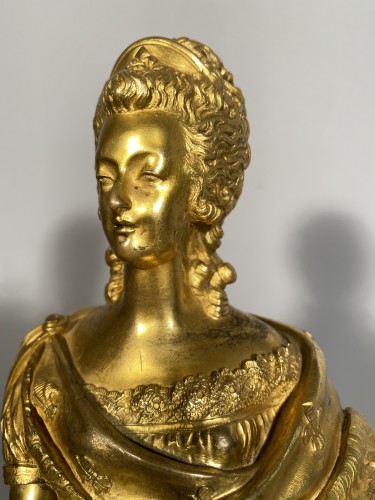 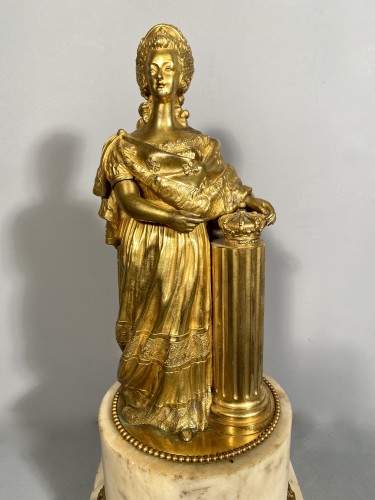 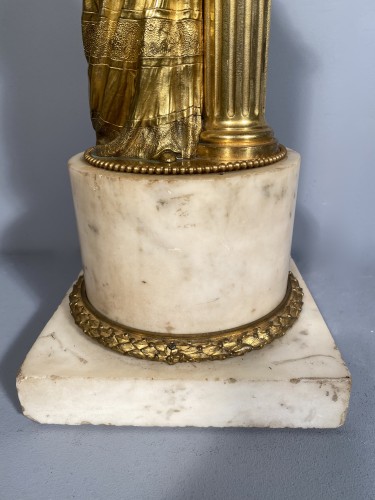 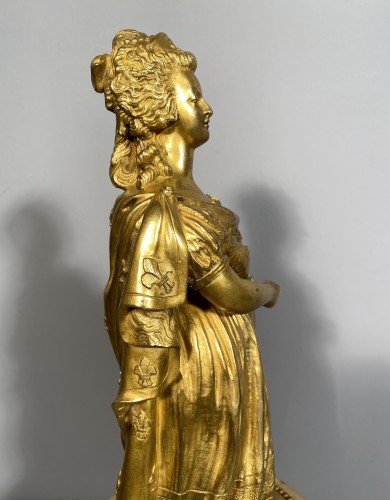 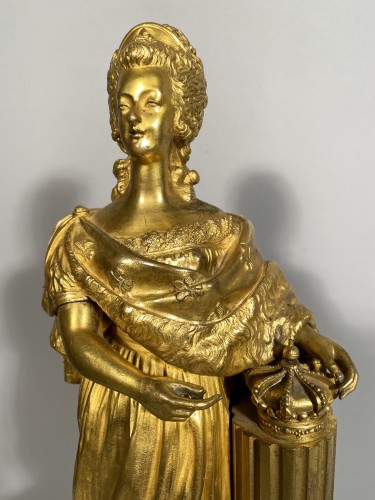 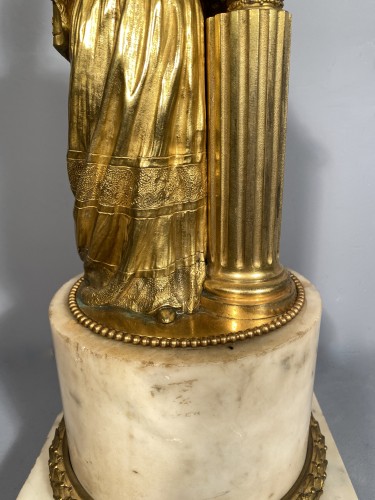 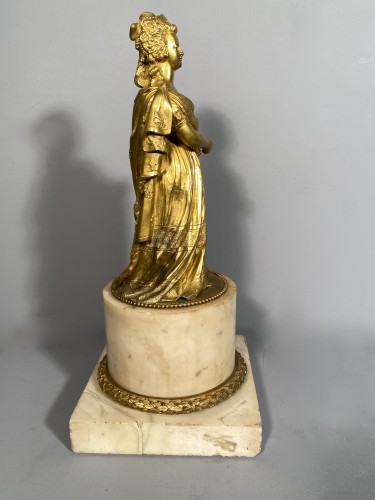 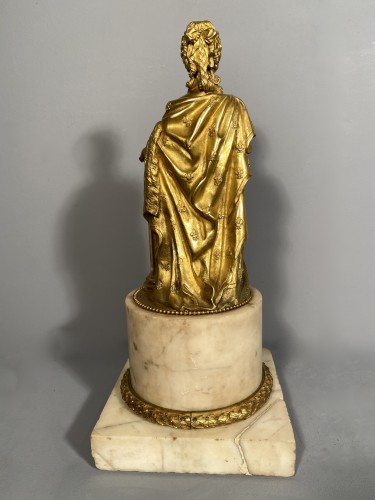 Rare bronze finely chiseled and gilded with mercury representing Queen Marie-Antoinette standing in front of a column where her crown is placed.
She is shown standing, wearing a tiara, wearing a dress and cape with lilies.

Parisian work from the first half of the 19th century.

The bronze that we present is quite rare; although the nature of its gilding and carving correspond to the manner of the craftsmen of the ancien regime, its production should rather be understood as a 19th century homage to the late queen.
Such bronzes, depicting prominent members of the Ancien Régime, such as Louis XVI or Henry IV, were mass produced during the Restoration in order to rehabilitate the honor of the royal family. 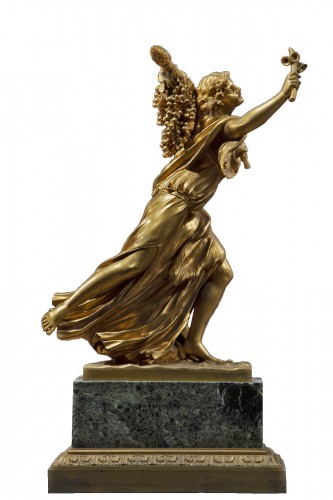 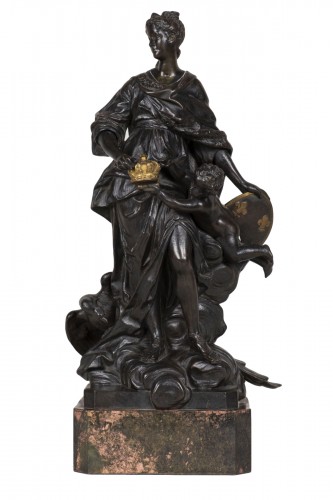 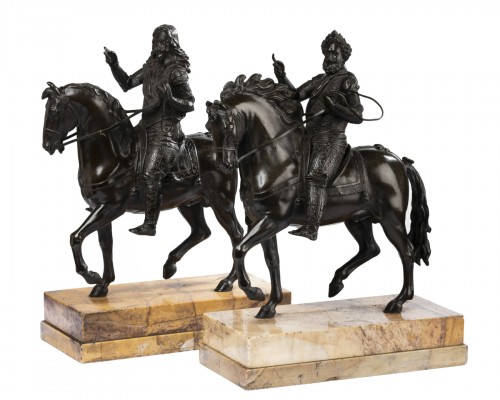