Attributed to Lucas Gassel,Landscape with Abraham and the Three Angels

Lucas Gassel is an enigmatic painter of broad, so-called world landscapes who was active in Antwerp and also in Brussels.

When Abraham, the founder of the Hebrew nation, was already very old, three strangers, in fact three Angels, came to tell him that his wife would be pregnant. Sarah who was almost 90 years old doubted their words. Nine months later Isaac was born. 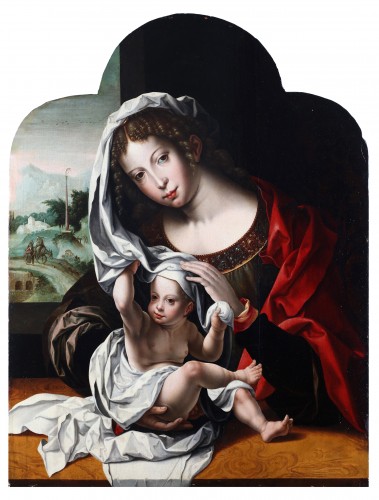 Virgin and child in an interior, the flight to Egypt in the background 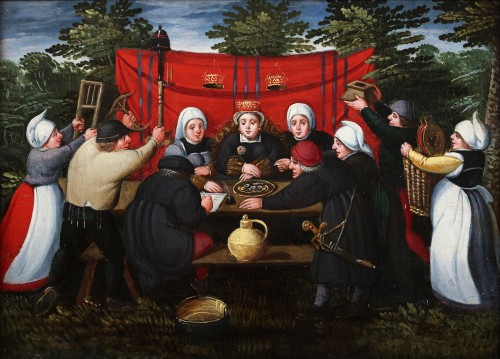 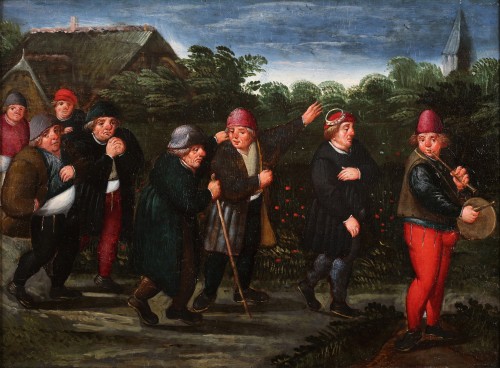 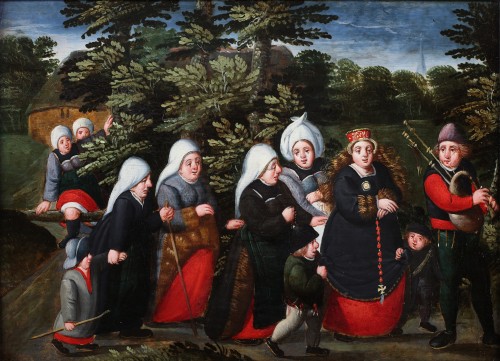 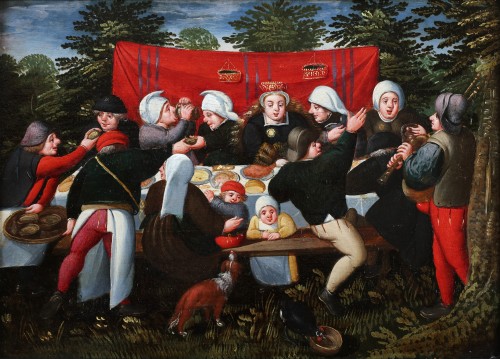 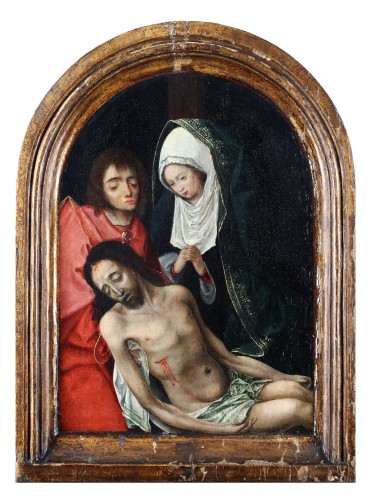