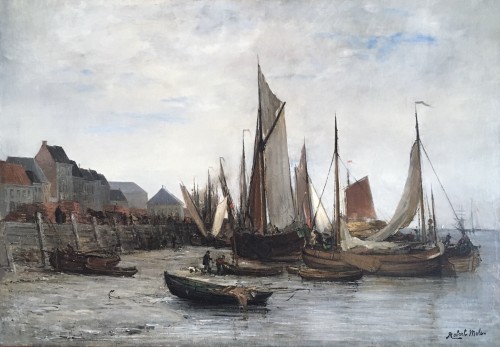 Mols traced the multiple aspects of the sea where the presence of water plays an eminent role. The work of Mols carries the charm of a light work where the atmospheres are reflected in shades of gray in the tradition of Dutch painters.
Around 1868 he was in Barbizon. He returned to Antwerp in 1870 and began to paint flowers, still lifes and seascapes in a clear and realistic style5. In 1874 he painted the oil on canvas The Canal Saint-Pierre in Antwerp.
In 1886 he went to Paris where he studied under Jean-François Millet and Jules Dupré. 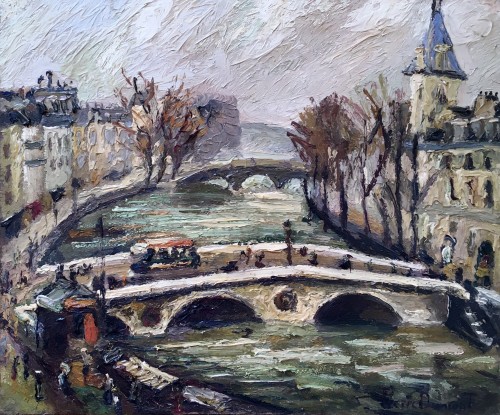 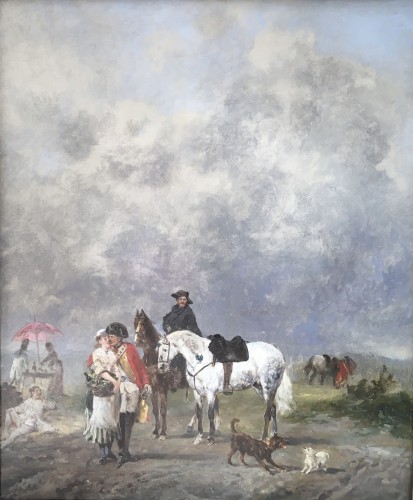 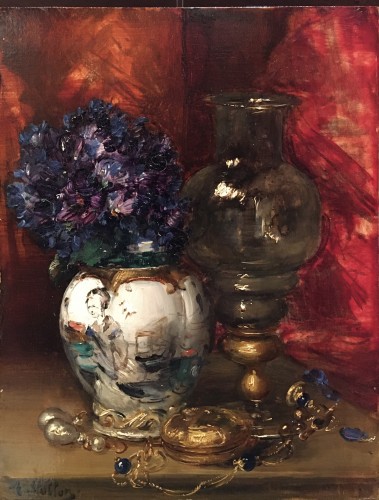