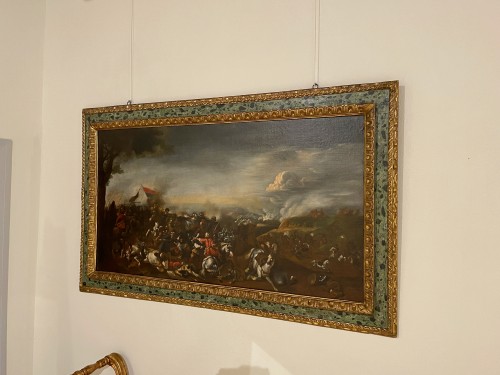 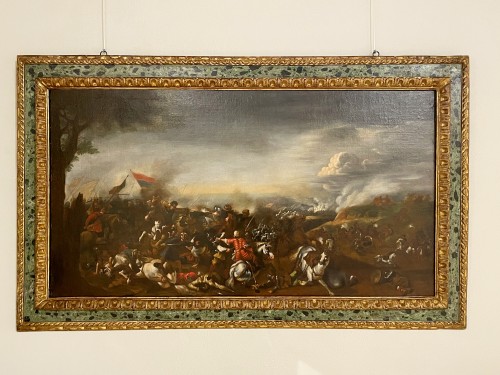 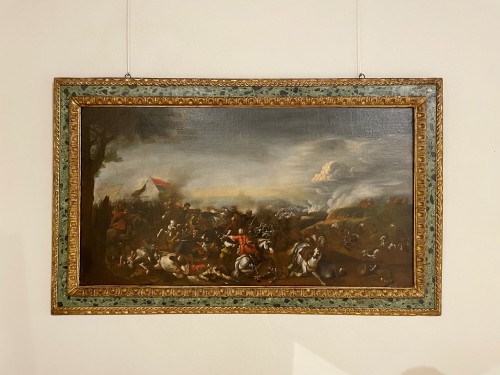 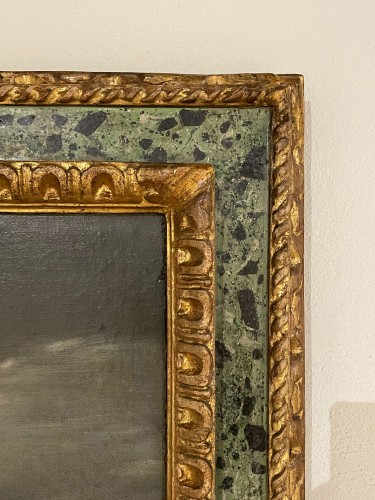 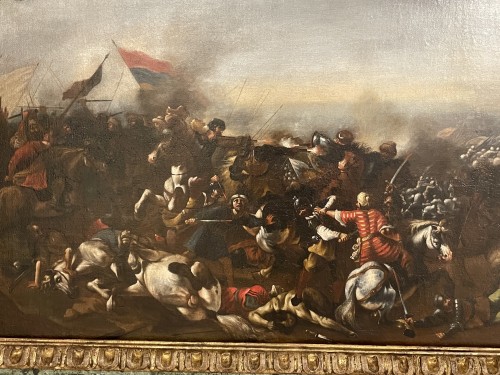 The painting, characteristic of the Italian Baroque tradition, depicts a bloody battle between the Christian and Turkish armies. Characterized by dynamism, intensity of color and light, the work is very decorative and pleasant, suitable for any type of furniture, both ancient and modern. The frame, in carved and golden wood, with phytomorphic decorations, in the central part is lacquered with fake marble. Gold brings brightness and preciousness to the painting and the marble effect makes the frame very decorative.
The main scene of the work occupies the lower horizontal section of the canvas, optically interrupted by flags, lances and swords that move the composition. On the right, in the background, white and grey fumes of the clash hint at the combat taking place in the campaign that fades on the horizon. In the foreground, lifeless bodies, wounded horses and blood-stained weapons litter the ground enhance the drama of the clash. On the left in the foreground and against the light, a tree draws a fifth, framing the scene: a pictorial expedient to involve the viewer, making him feel an active part of the war event. The upper part of the canvas is occupied by a sky with fluffy and clear clouds on the horizon, while above the battle appear dark and stormy, emphasizing the tragedy of the moment.
The complex and well-balanced composition, the ample descriptive space assigned to the setting, the chromatic palette, as well as the way in which the characters of the canvas are described, allow to attribute the painting to a painter active in Italy in the mid-seventeenth century.
The genre of battle painting found great success in the collections of the Italian and European nobility of the seventeenth and eighteenth centuries. The battles of the Italian Renaissance, in which the scene converged towards a precise protagonist, evolve towards a type of combat "without hero". The bloody realism of the details and the dynamic development of the narrative confuse the figure of the protagonist, when present, to give importance to the swirl of horses and armed fighters, among which, moreover, does not emerge a winner.
The battles are often exalted by an intense chromatism, a vivid and marked brushstroke, red and very strong blue, which follow the harshness of the fights and the animosity of the contenders. The war event is represented with great fury and dynamism and the expressive force is enhanced by screams of pain and anger, expressive faces, horses rampant, wounded and dying on the ground.
A historical-artistic study is currently in progress, useful to better outline the cultural field in which it was produced, the origin and possibly the artist who made it.
We apologize for any errors in translation from Italian. 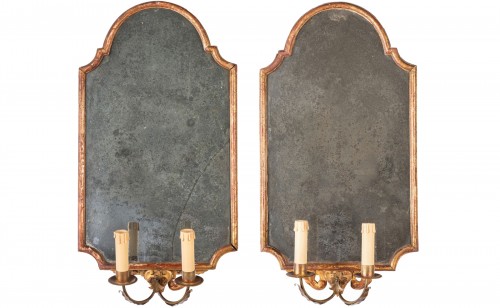 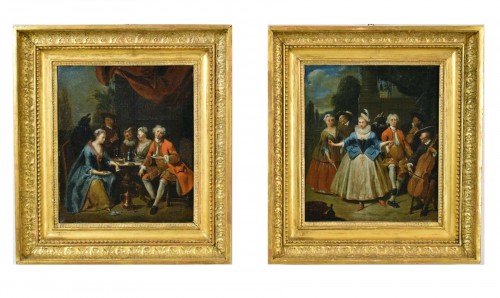 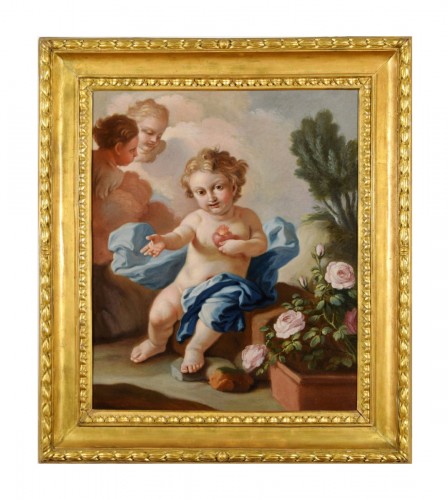 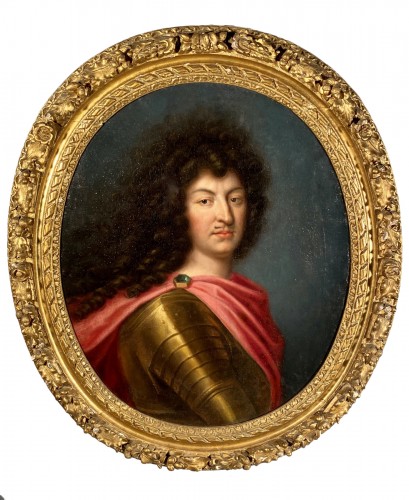