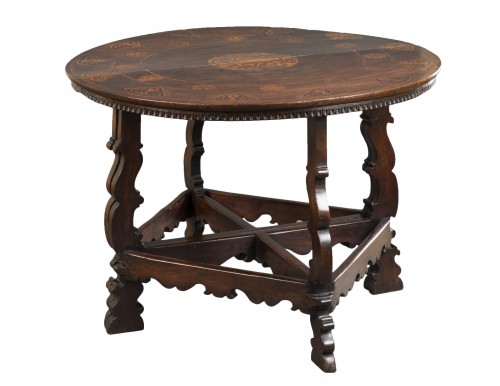 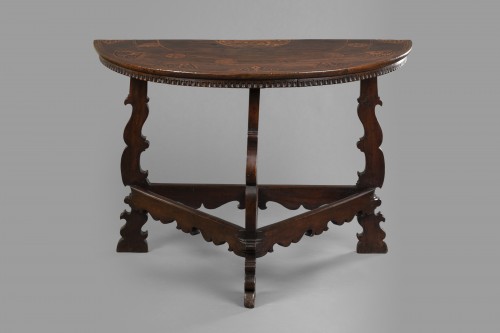 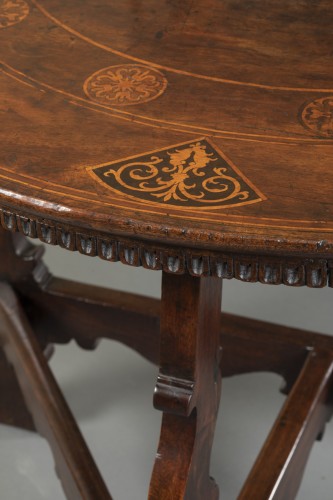 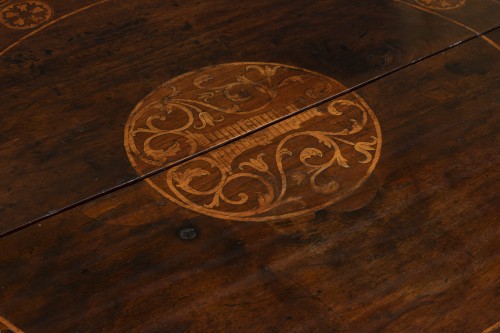 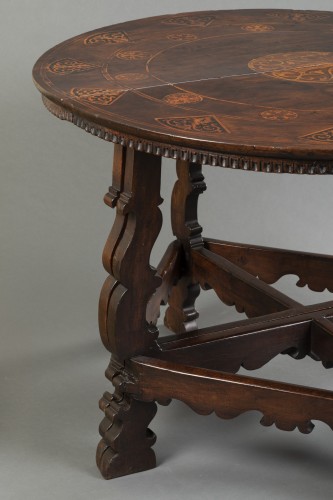 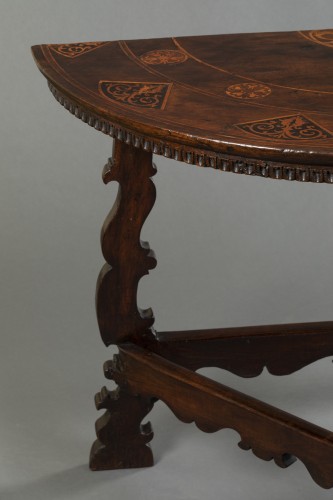 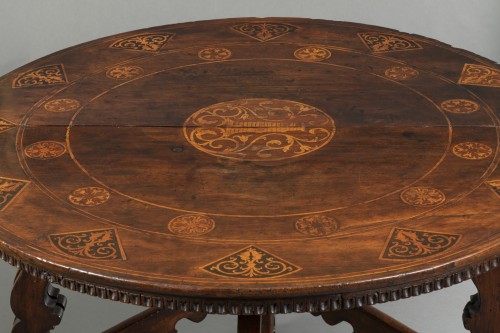 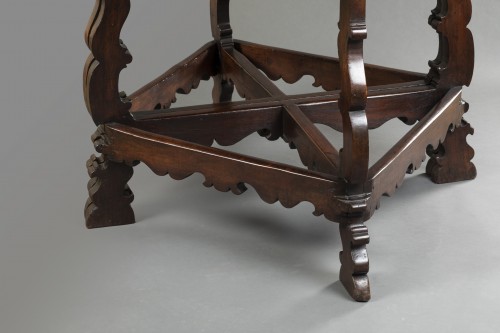 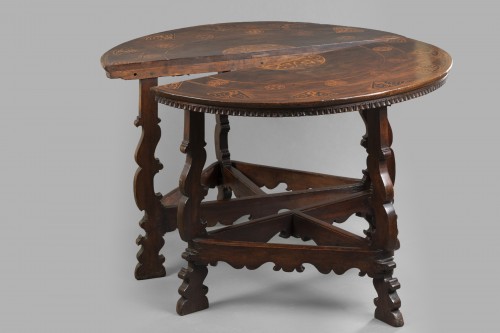 This pair of half-moon consoles forming a round table in walnut wood and mounted in a dovetail shape was made in the first half of the 17th century in Lombardy, in northern Italy.
Proving that the need for practical and useful furniture is not a specificity of our time, this dual-purpose model was a great success in the 17th century. The work of the wooden marquetry, alternating
colours to enhance details, is remarkable. Three nets run along the table, separating quarter-circle motifs decorated with scrolls and flowers inscribed
in circles. In the centre is a tower surrounded by plant stems. A flush serrated moulding on the edge of the top increases the refinement of this piece while the legs and spacer are carefully sculpted. This table, in exceptional condition, has not been restored and has its original hooks under the top, allowing the two consoles to be linked together. As mentioned above, once the two consoles are joined together, they form a table with a tower in the centre. This one is none other than the coat of arms of the famous Milanese family, the Torriani. Having had immense authority over the Lombardy capital in the 13th and 14th centuries, the Torriani family was ousted by the Viscontis without disappearing from the political, aristocratic and patronage landscape. The presence of this tower leaves no doubt about the sponsors of this table. 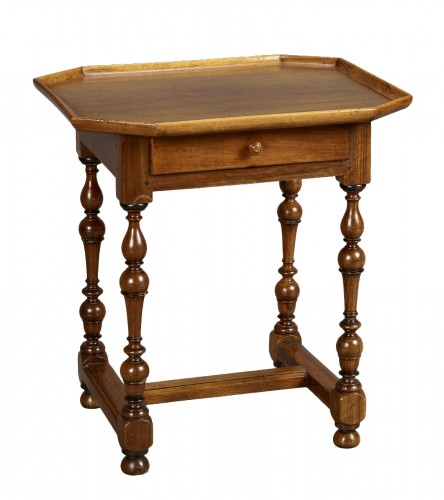 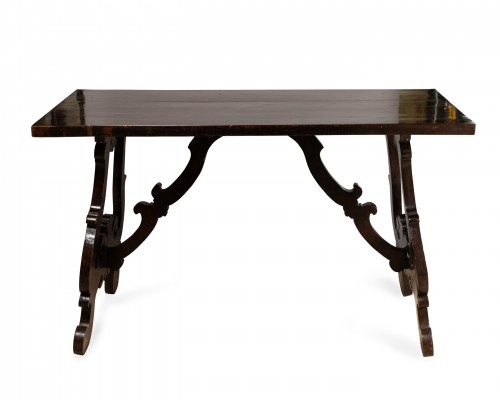