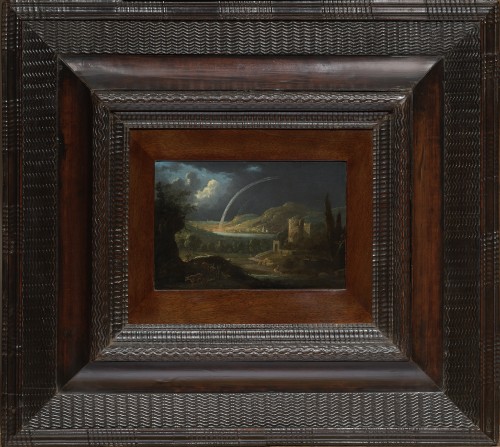 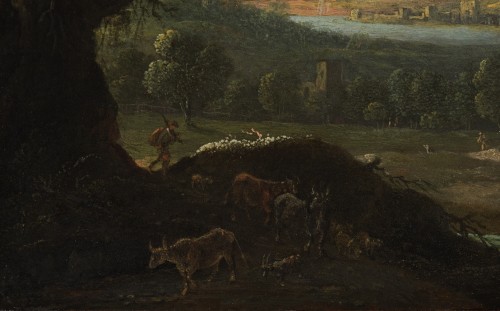 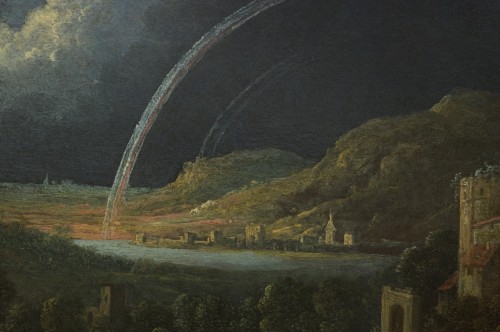 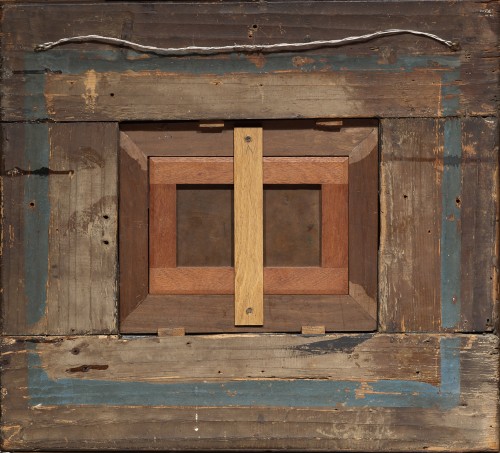 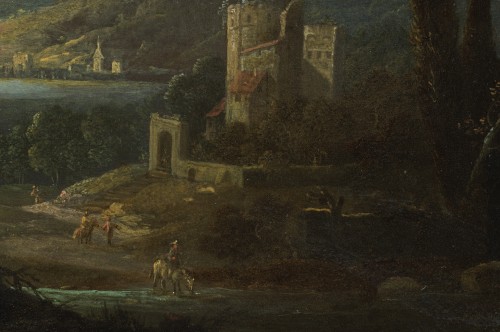 This painting has been the subject of a study by the art historian Fabrizio Dassie, dated 24/07/21, confirming its inclusion in Jan van Bunnick’s corpus. It will also be reproduced in colour in the monography on the artist to be published by Fabrizio Dassie in early 2022.

In this painting recently attributed to Jan van Bunnick, the painter presents us with an Italian-inspired landscape. Executed with extreme meticulousness, it displays a vast horizon despite the small size of the copper. The double rainbow in the distance also evokes the Flemish landscape tradition.

Born in Utrecht in 1654, from 1668 for a period of three years, Jan van Bunnick was a pupil of Herman Safleven (1632 - 1685), who had a lasting influence on his work. He then moved to the Duchy of Kleve where he met the painter Gerard Hoet (1648 - 1733) who is said to have convinced him to go to Rome. Once in Rome, he was welcomed by the Nederlandsche Schildersbent (the “painters’ band” an informal association of Netherlandish painters active in Rome during the 17th century). While developing a very personal style, he was obviously influenced by the other Flemish and Dutch landscape painters then present in Rome. He also benefited from the advice of Carlo Maratta, who encouraged him to explore Italianate landscapes.

He then prolonged his stay in Italy, going back and forth between Rome and other artistic centres (Naples, Bologna, Ferrara, Venice, Modena, where he stayed for eight years at the court of Duke Francis II of Este), before returning to Utrecht for the end of his life, after a long journey through France.

Celebrated in the 18th century, he had gradually fallen into oblivion until art historians set out to reconstruct his corpus, separating his artworks from those of Alessandro Grevenbroek (who died in 1748) with whom they were often confused.

This painting is typical of the fusion between the Flemish tradition of extremely meticulous copper painting and the discovery of Italian light.

In a setting that could evoke the Alban Hills, south-west of Rome, a landscape opens onto an undulating foreground. Various characters appear in the foreground, all facing us: a rider takes his horse to drink from a stream at the foot of a fortified house, a shepherd is accompanying his flock. A lake can be seen in the distance, and at the edge of this lake a first city, followed by a second town on the horizon.

As Fabrizio Dassie explains in his study, the work is typical of the painter's style, reconciling vast atmospheric horizons with a meticulous representation of the smallest details of trees, architecture and characters.
As another example, it is worth mentioning an oil on canvas of a slightly smaller size (13x17 cm), representing a landscape at sunset, sold at Sotheby's on 17 June 2015 (lot 70 - €10,625 with fees).

The dark atmosphere, which might suggest a warm late afternoon, allows us to observe an unusual natural phenomenon, the appearance of a double rainbow. This detail evokes other earlier Flemish works, such as Rubens' Rainbow Landscape in the Hermitage Museum (St. Petersburg, Russia) or Herman Saftleven's Rainbow River Landscape in the Alte Pinakothek in Munich, Germany.

To give full scope to this majestic scene, we have chosen to frame this small copper in a large stained walnut frame, probably 17th century Venetian. Although Italian, it is inspired by Dutch frames of that period, thus echoing the fruitful encounter between the Nordic and Italian traditions. 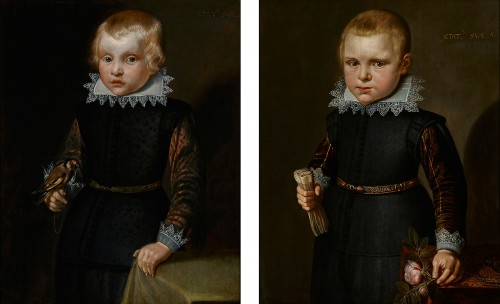 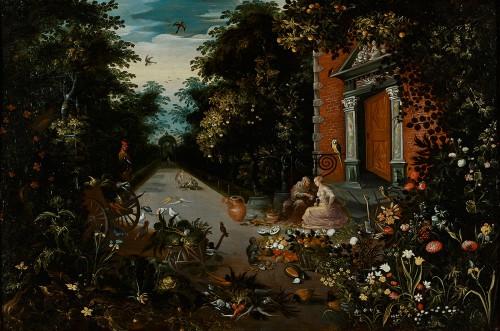 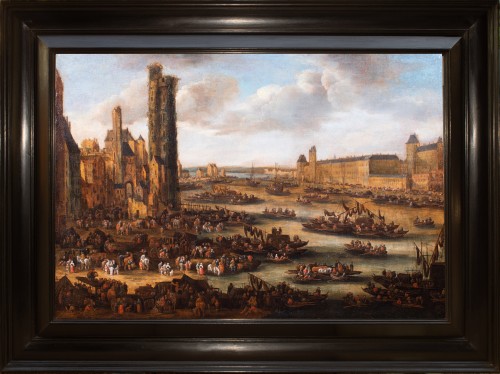