Before studying painting with Rembrandt van Rijn in Amsterdam, probably between about 1648 and 1653, Nicolaes Maes learned to draw from a local Dordrecht master.1 Subsequently, he returned home to embark on an independent career. By the 1650s he had developed a reputation for painting the intimate life of women and children; his finest pictures capture aspects of Rembrandt's tenderness and intimacy. Maes's scenes often include vignettes such as a cat stealing the dinner of an old woman as she prays. By representing an interior as a suite of rooms rather than a three-wall, one-room enclosure, Maes had great impact on the Delft painters Johannes Vermeer and Pieter de Hooch.

About 1660 Maes began specializing in portraits, becoming wildly successful by abandoning his Rembrandtesque style for the bright colors and studied elegance of Flemish artists such as Anthony van Dyck. Arnold Houbraken's 1721 biography described the transformation: Maes ‘learned the art of painting from Rembrandt but lost that way of painting early, particularly when he took up portraiture and discovered that young ladies preferred white to brown.’

Stylistically, this painting would appear to date from the period around 1675, when many sitters of a younger generation were providing commissions to Maes. These younger generations tended to wear more colourful clothes, as from the middle of the seventeenth century the colour palette of clothing became more varied, influenced by Flanders. The sitter in the present portrait however is still dressed according to the sober style which was prevalent during the first half of the century. Though the picture appears more severe than many other portraits by Maes from the period, the artist has captured the personality of the sitter with great sensitivity. Similar portraits by Maes can be found in many of the world’s leading museums, including the Rijksmuseum in Amsterdam, the Mauritshuis in The Hague and the Metropolitan Museum in New York. Our painting is particularly close to a portrait of an unknown man, dated 1669 (fig.).2

This painting is entered in the databases of the Rijksbureau voor Kunsthistorische Documentatie (RKD) in the Hague under artwork no. 245643. 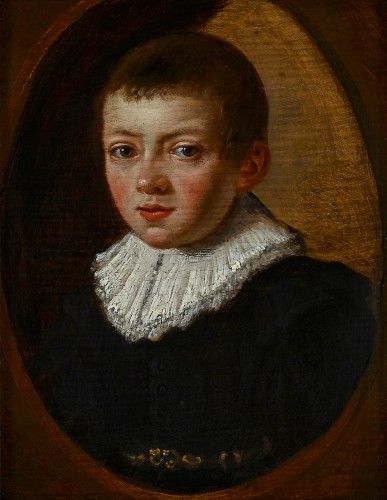 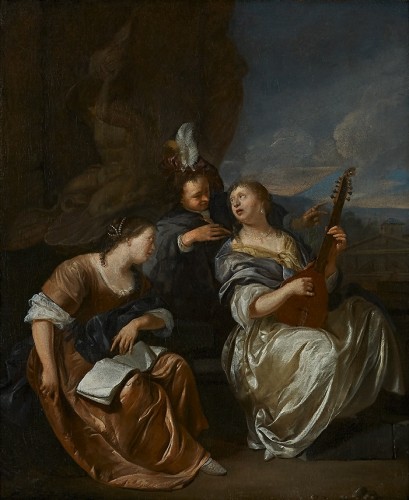