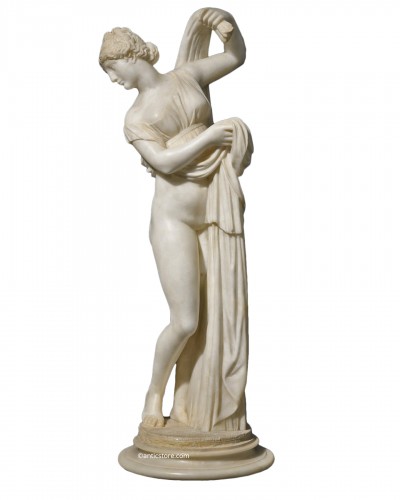 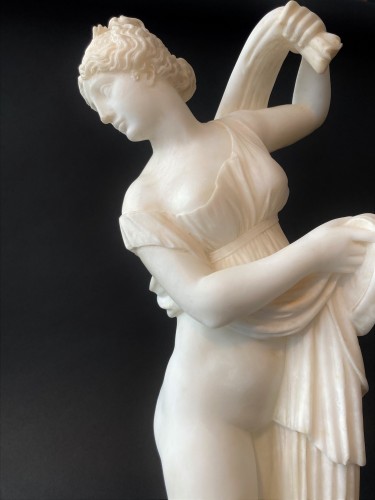 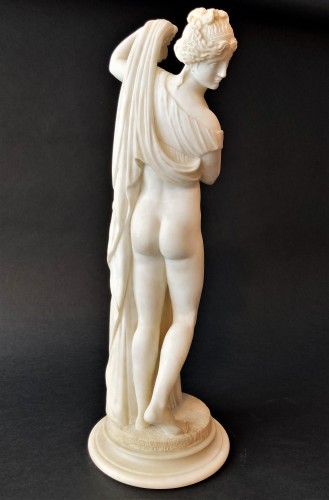 The subject of the so-called Callipyge Venus is inspired both by a story from classical antiquity and by an ancient cult dedicated to Aphrodite "kalligloutos", literally "with a beautiful buttocks".
Indeed, the legend tells that on the island of Syracuse two paesant sisters once sought to know which of them had the most beautiful buttocks. So they undressed in front of a body of water in order to compare them. The son of a rich old man passing by would have given his opinion and choose the older sister, with whom he had actually fallen in love. When his brother met the younger sister, he also fell in love with her.
Thanks to their marriage, the two women became rich and would have erected on their island a temple in honor of Aphrodite whom they called "goddess with beautiful buttocks".

Ancient representations of this callipygous goddess were therefore known as early as the 17th century and inspired many artists who thus gave their own interpretation of the subject. 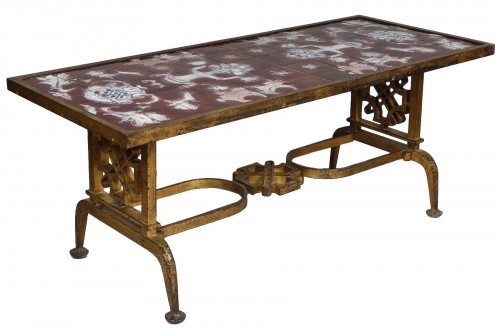 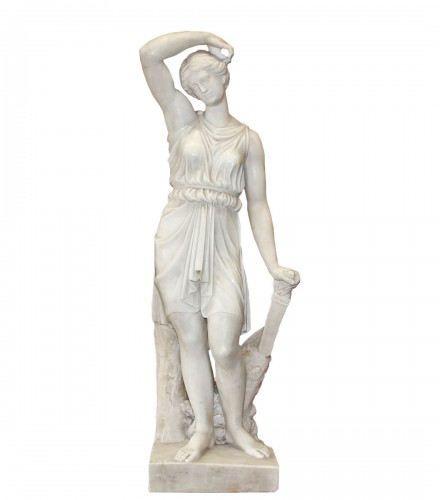 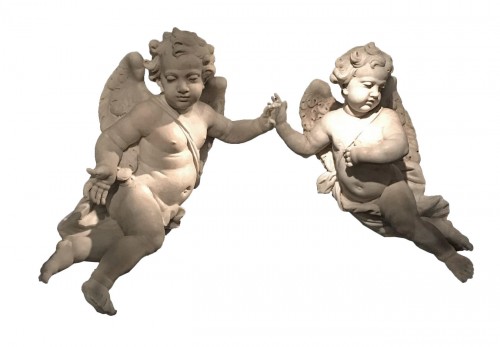 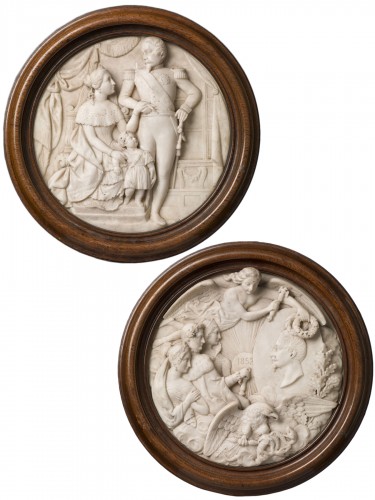 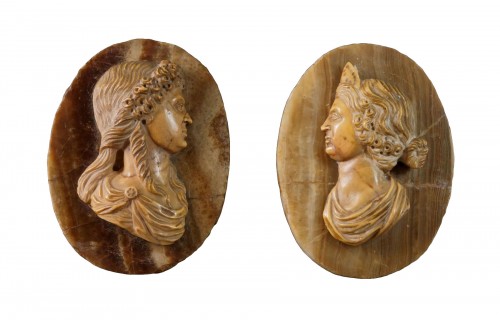