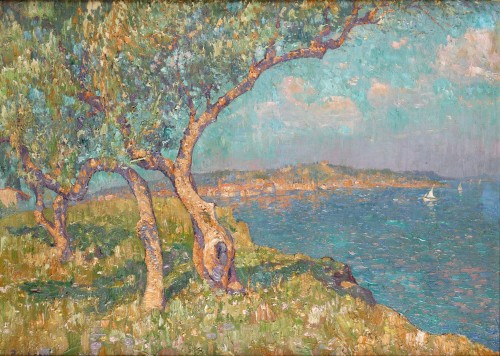 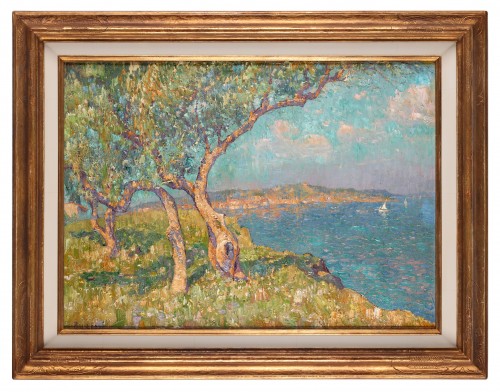 Paul Leduc was a Belgian painter, specialized in landscapes and city views. He drew artistic inspiration from his travels through Belgium, The Netherlands, France and Italy. Leduc painted mainly in an impressionist style, influenced by French contemporaries, later on his style would evolve to a style more reminiscent to luminism.
His works can be found in museums in Brussels, Bucarest, Buenos Aires and Rio de Janeiro

This painting depicts a panoramic view of Saint-Tropez, a town located on the French Riviera. The town played a major role in the history of art, attracting dozens of artists from cities to the seaside villages. The lighter and brighter colours of these villages fascinated them immensely, especially if they compared it to their grey cities of the 19th century. 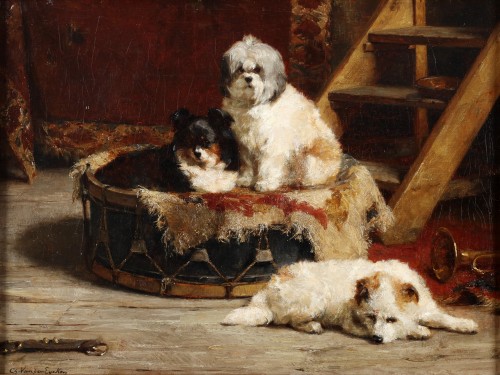 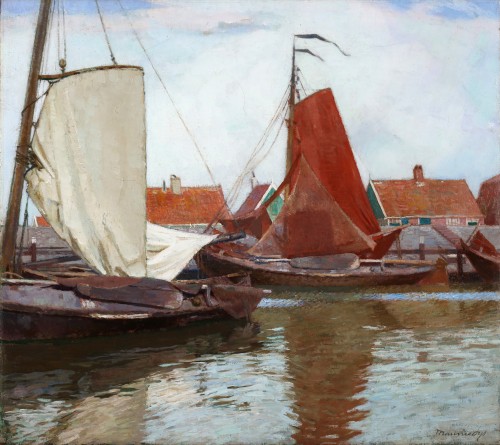 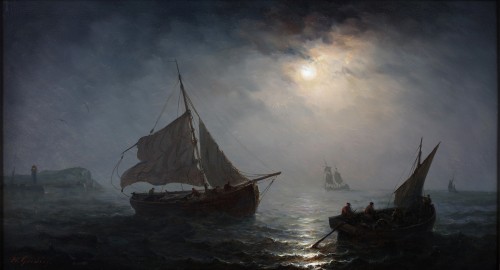 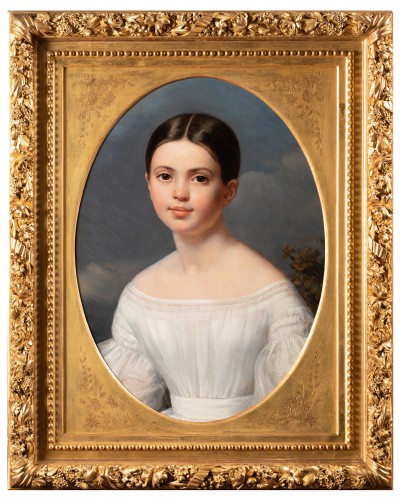