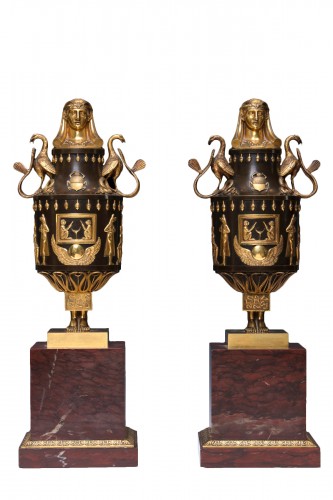 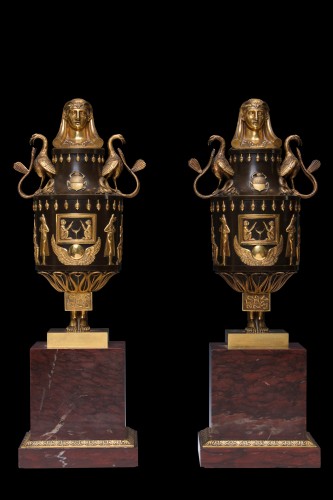 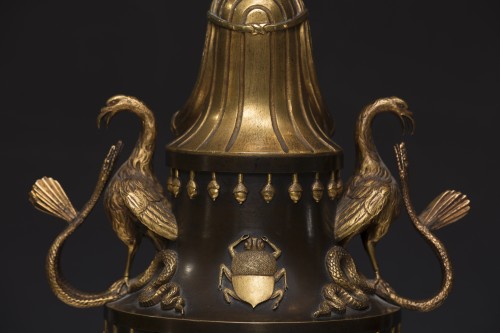 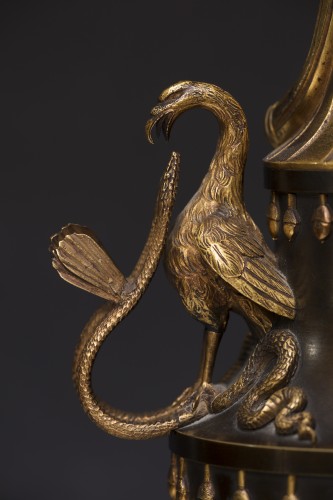 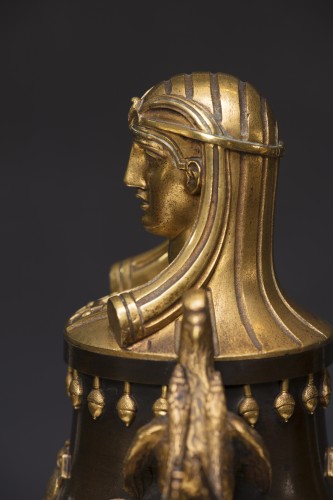 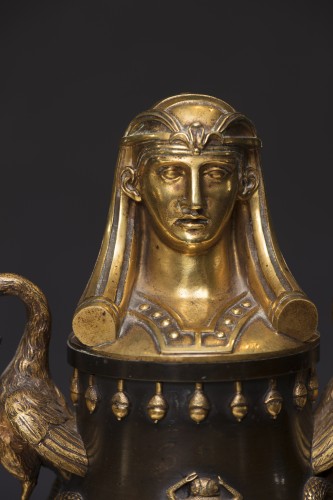 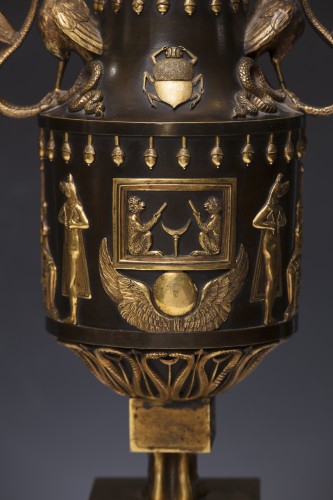 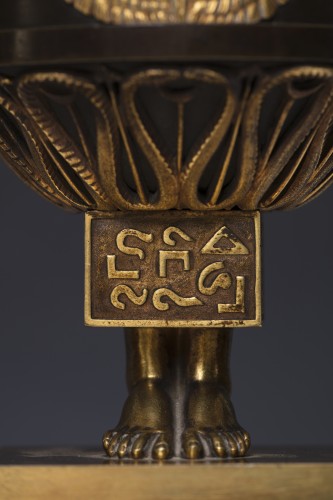 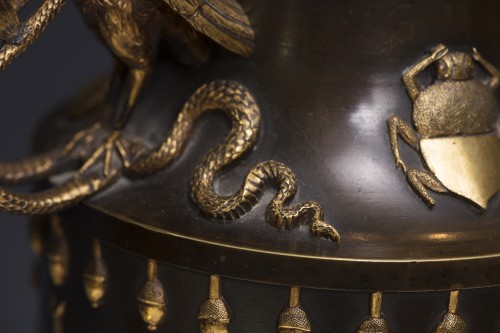 These vases display a bold and highly inventive rendering of the Egyptian taste, executed to a superb level of finish. The use of Egyptian imagery on decorative pieces underwent a series of phases during the late eighteenth and early nineteenth century, initially relying on sporadic and indirect sources, but increasingly borrowing from reliable archaeological discoveries as the decades progressed. However, despite the greater availability of genuine prototypes and publications, the style never seemed to lose its propensity to inspire artistic creativity and liberal interpretations, as in the case of the present vases. Designers working in Rome were at the vanguard of this taste; the most important of all was Giovanni Battista Piranesi (1720-1778), who brought a new incisiveness to the genre in his Diverse Maniere d’Adornare I Cammini (Various Ways to Decorate Chimneypieces). After Piranesi’s successful application of the style in the interior of the Café Inglese in Rome in the 1760s it was confirmed as fashionable; even Pope Pius VI was enticed to deploy it in the Sala dei Papiri in the Vatican Museum, redecorated between 1771 and 1775 by Anton Raphael Mengs (1728-1779). 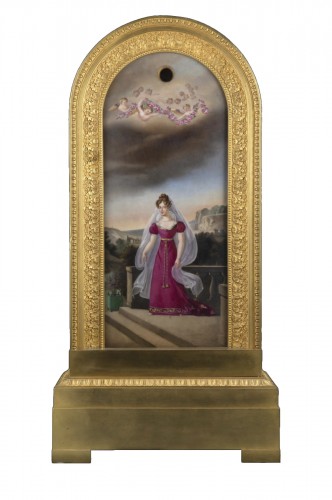 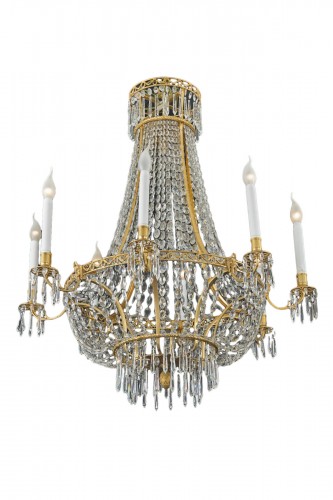 Chandelier in bronze and crystals 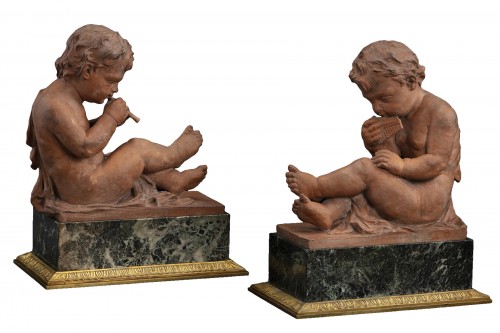 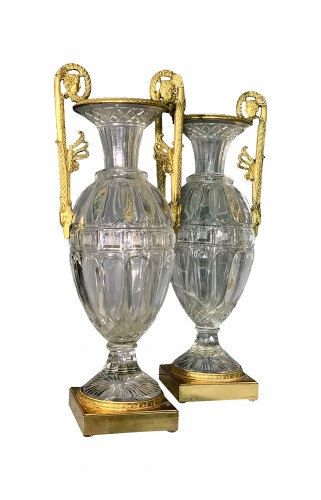 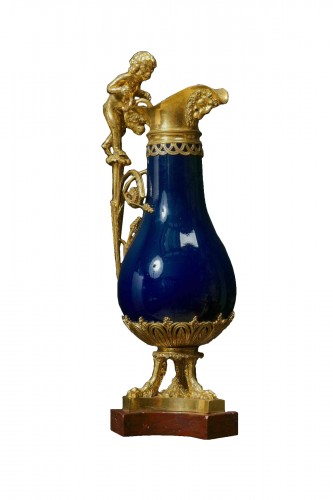 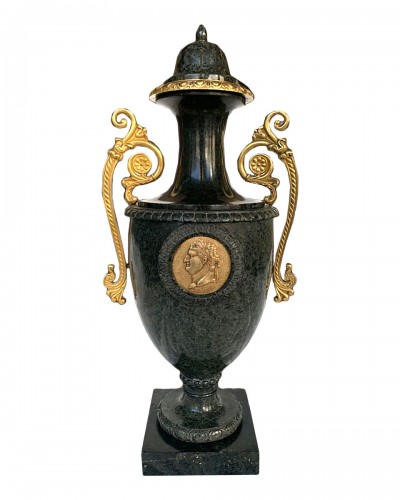 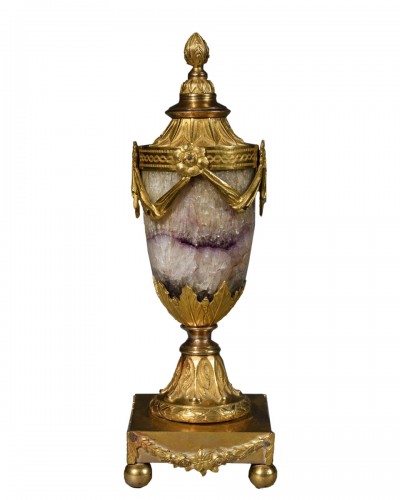 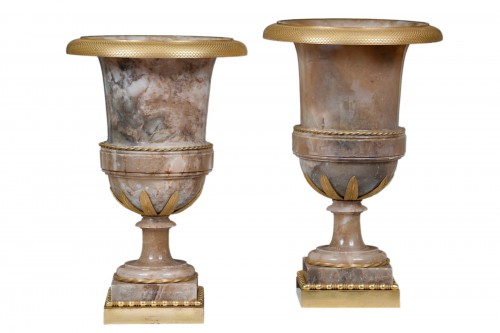