The brothers Stanchi (Giovanni, Niccolò and Angelo), Roman painters of the seventeenth century, famous and courted by the patrons of the time, were, subsequently, totally ignored by historical critics, who spread over them a silence as absolute as incomprehensible. In reality, their copious and admirable production of flowers and still lifes would have deserved a very different destiny.

Given the premise, the reconstruction of a catalog raisonné of the works that have come to light in recent times has proved to be no easy feat. To complicate everything, it should be added that, at least until now, no painting by the Tireds has been found bearing the signature and the date. There is, however, a vast series of works preserved in ancient collections of the Medici, the Borghese, the Colonna and the Chigi, which have been inventoried and attributed to the Stanchi brothers. This allowed, in the light of a rigorous methodology based on comparison, to identify, in many paintings, the hand of Giovanni and Niccolò Stanchi.

In particular, the art of Giovanni appears closely linked to the poetics of Verrocchio and, above all, of the Nordic, with singular ancestry to the teaching of Jan van Brueghel (1568-1623) for the composition of garlands of flowers and to that of Daniel Seghers (1590 -1661) for the garlands of flowers inserted inside religious subjects or for the illustration of Christological symbols.
From the very beginning, Giovanni has shown remarkable pictorial skills: the purity of the line, the perfection of the lines, the presence of dazzling colors in which one can recognize sincere adherence to the French culture. Giovanni will remain faithful to this poetic throughout the course of his own artistic life.

Next to him, younger than a generation, his brother Niccolò emerges, growing up in Giovanni's workshop, he collaborates on many of his brother's still lifes, highlighting a greater freedom of expression than that of Giovanni, more controlled and severe.
In fact, although he moves in the fraternal groove, Niccolò introduces, in the still lifes, dazzling naturalistic passages, of an amazing compositional effect and such as to enrich the poetics of still life, at the time dominated by Baroque aesthetics.

This painting is appraised by Lanfranco Ravelli, author of the monograph dedicated to the Stanchi brothers. 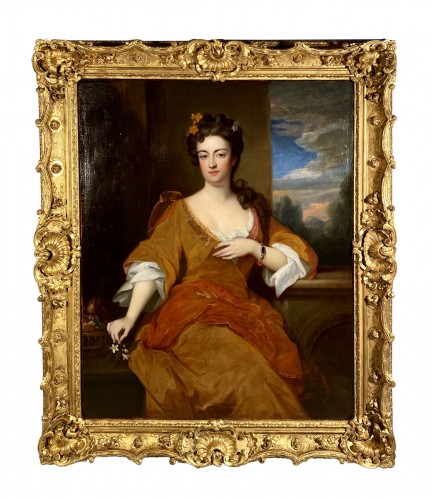 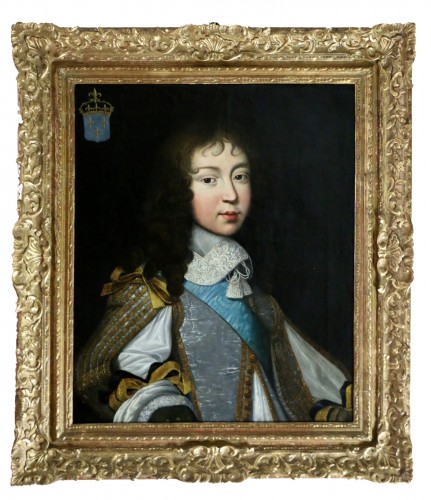