Willem van Nieulandt the Younger spent four years in Rome, studying under his uncle Willem the Elder and under the landscape painter Paul Bril. This stay was decisive for his later development: their influence and the town views with Classical ruins that he made here would inspire him during his complete career.

This subject of Rachel hiding the stolen Teraphim (house idols) from her father is an artistic confirmation, just as Adam and Eve (who had eaten the apple in Paradise), of the Original Sin.

A castle in a landscape - Attributed to Jacques van der Wyhen 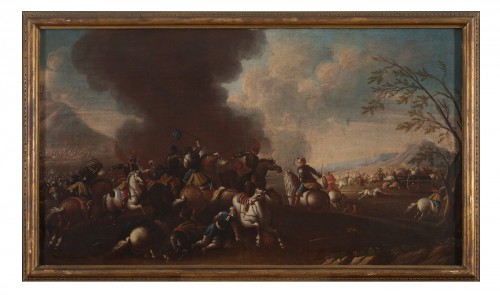 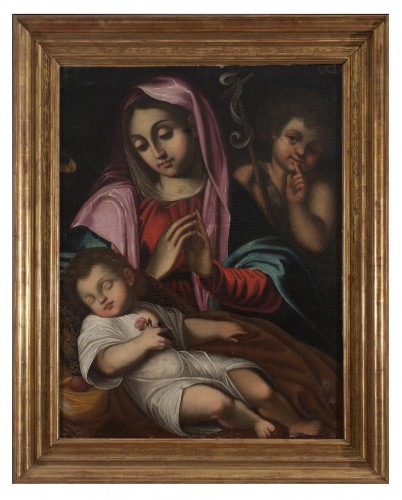