A mythological animal celadon and russet nephrite jade with the body of a duck, the wings adorned with an archaic dragon, the head with two ears, protruding eyes and ending in a bifid proboscis from which emerges a vegetable branch, the legs resting on a square base. China, 19th century. Chinese hardwood stand from the same period. Length: 15cm. Weight: 850 g. From an Old English Collection.

It has been not possible to identify this animal among the Chinese mythological bestiary. However, because of the trunk, it is perhaps an interpretation of the makara, a fabulous creature of the Indian bestiary defector of Buddhism and Hinduism, since this animal with an elephant's trunk has been represented in China at least since the 15th century on jars marked with the reign of Emperor Xuande. This is a very solid jade with areas naturally colored in russet and brown. The sculpture is deep, the surface polish very worked up to create shimmering areas, which required a lot of work because the nephrite jade is very hard. The square base may suggest that it was a seal since blank jade seals (without engraving in the lower part) were made in ancient China that could be inserted into removable forms or clogs featuring the engraving , this would explain in particular the massive character of the sculpture of the legs of the animal and its shape well adapted to the grip. Otherwise, the revival of archaic dragon motifs on the wings such as the plant branch held by the animal's beak is attested in several examples of nephrite jades from ducks and geese from the 18th century. 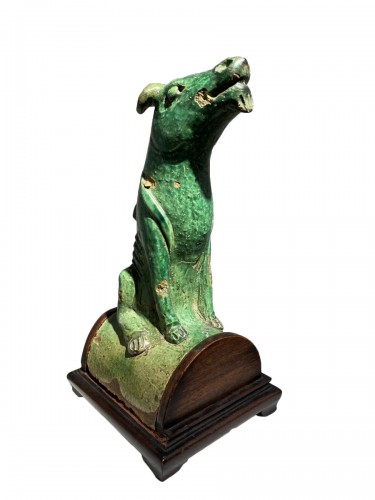 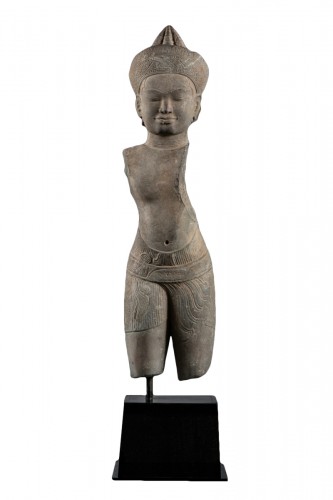 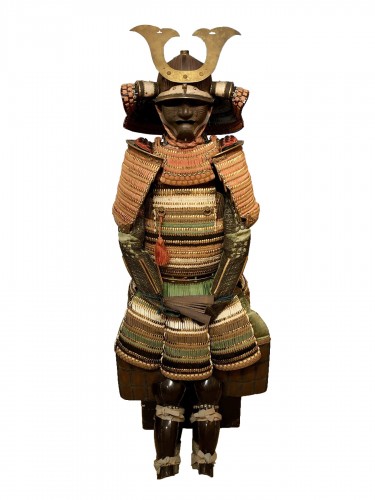 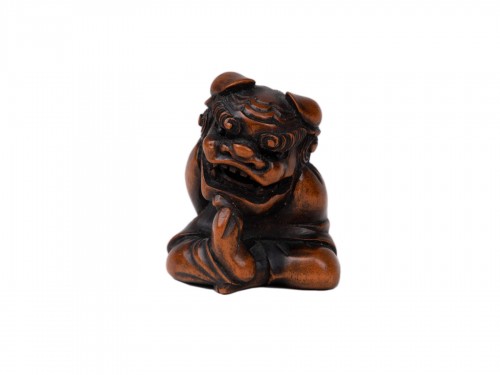 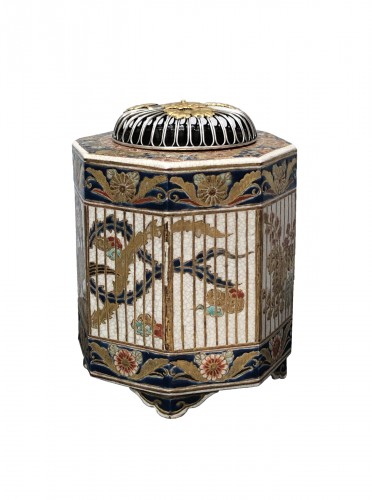