Pair of important drawers inlaid in various woods on the front and sides from the school of Giuseppe Maggiolini. Pink marble tops.

Refinement
Both have a thin upper drawer inlaid with garlands and flowers.

The presence, on the front, of two thinner drawers (one at the top and one at the bottom) and of a single drawer in the center of the two, makes the cabinet, as a whole, much more elegant than those drawers that have three drawers on the front. drawers of identical size.

Wealth of inlay
As for the inlays we find both on the front and on the sides of the maple workings on an ebonized rosewood background.

On the front of the elegant neoclassical figures enclosed within ovals and then flowery racemes, the latter are also found on the sides and sides of the front.

Each of these motifs is bordered by rectangles of various woods that are interspersed: fillet of maple, cherry and then bois de rose.

Trunk legs - pyramidal
An entire lower cornice inlaid in head walnut wood is a prelude to four truncated pyramidal supports inlaid on all 4 sides that match the band with a narrowing of the section.

As for the woods, we also find here the use of various precious woods: maple on an ebonized rosewood background, maple fillet then walnut. At the top, a contrasting maple profile. 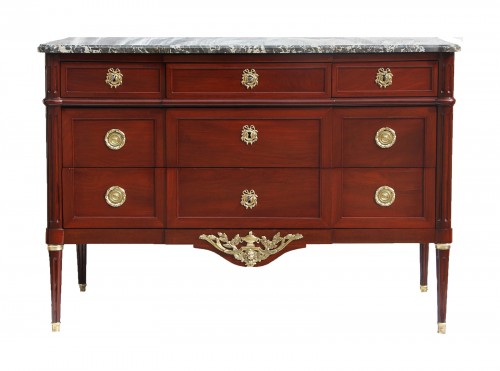 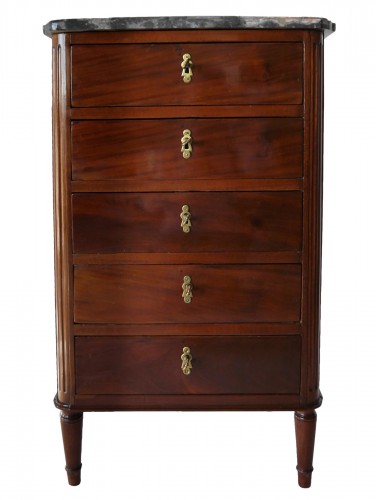 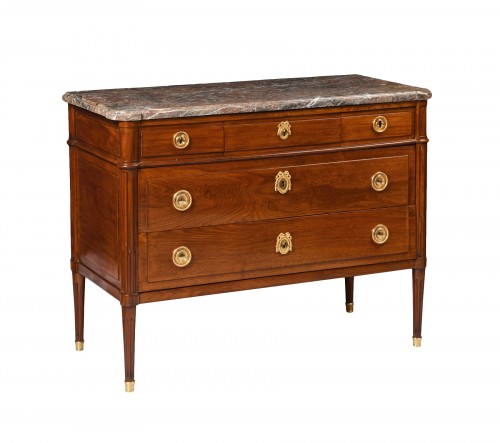 Chest of drawers stamped by Reizell