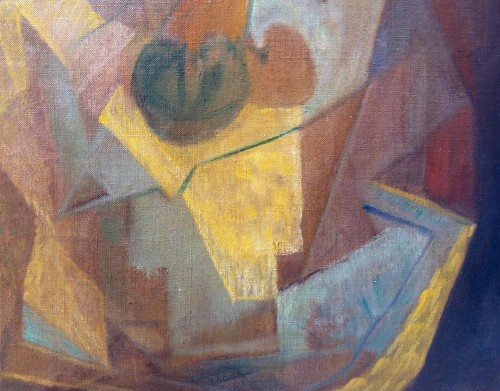 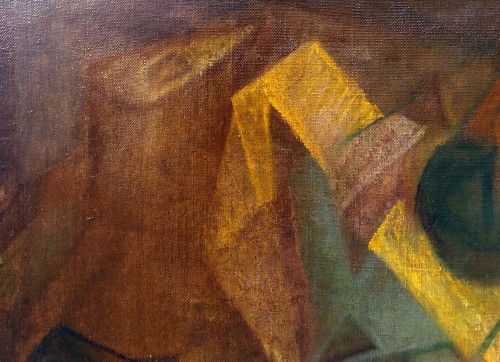 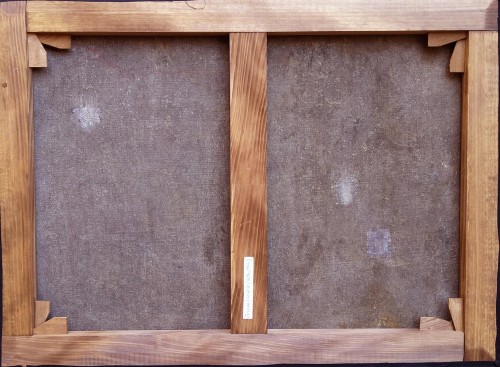 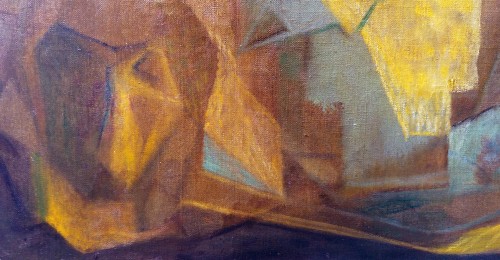 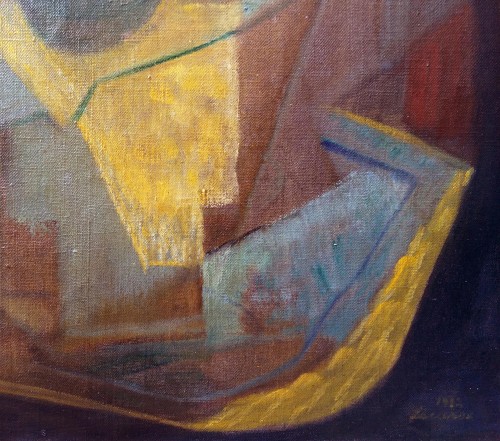 Joseph Lacasse, born in Tournai in Belgium on August 5, 1894 and died in Paris on October 26, 1975, is a Belgian painter and sculptor naturalized French.

Joseph Lacasse was born into a very poor working-class family. His parents like his two sisters will know the difficult fate of manual workers from the working class proletariat: precariousness is the rule. He declares himself "the son of a militant socialist worker, quarry worker and activist (himself)". His friend, the writer Georges Delizée, would specify later that if he attended primary school until the age of eleven, he hardly went to school because "he was going to wander according to his fortune. . He ran the streets, skipped the streams. He was also fighting ”.

On the advice of his teachers, his father took him out of school after his first communion (he was still almost illiterate at 11) and apprenticed him to a painting contractor. However, his innate gift for decorative painting and drawing, color and pictorial art led his father to enroll him at the age of twelve at the Academy of Fine Arts in the city of Tournai (late 1906). He appears on his registers until 1921, while exercising within the available time a professional activity allowing him to meet his material needs and those of his family. He will also work for a renowned Tournai decorator Charles Hourdequin who will train him in various pictorial techniques.

Joseph Lacasse then made several trips to Italy, Spain, Brittany and Paris, where he settled permanently in 1925, rue Mazarine in the 6th arrondissement. For a few months he will meet two former fellow students from Tournai, Jean Leroy and Marcel Degand. He worked for a while for Maurice Denis and met many personalities from the Christian cultural world. He is in contact with other artists including Robert Delaunay for whom he has a deep admiration.

He married in July 1927. He bought for his parents a small house in Tournai with the product of his work and his exhibitions (including two exhibitions in the North of France at the beginning of 1928, in Roubaix (Galerie Dujardin) and in Mons- en-Barœul, which are very successful). He restores it and paints still visible murals there.

He returned in 1928 to Paris with his wife, 11, impasse Ronsin in Montparnasse, where he met many painters and sculptors, including his neighbor and friend Constantin Brancusi. During this period, he befriended two writers who share the same sensibility: Robert Garric of the Social Teams and especially Henry Poulaille, a "proletarian" writer.

He is very successful as a painter of religious themes of a social nature. A Roubaix industrialist Mr. Welcomme finances him to cover the chapel of Saint-Dominique in Juvisy-sur-Orge with frescoes. It will be inaugurated in 1931. His little girl, who has just been born, is baptized there. But the representation of the chosen themes displeased certain parishioners and ecclesiastical authorities4. In December, the Bishop of Versailles, Mgr Roland-Gosselin, had them washed. The painter and his patron filed a civil lawsuit which they lost on appeal in 1934. Lacasse lost orders and support. Ulcerated, ruined, he renounces this type of painting and resolutely turns to the non-figurative. Above all, he had to do other jobs again (including that of Fort des Halles) to feed his family.

During this same period, he created the L 'Équipe gallery in his studio in Impasse Ronsin, a sort of house of culture before the hour (conferences, exhibitions, theater) outside the official circuits. Under Poulaille's impetus, L’Équipe moved in 1937 to 79, boulevard du Montparnasse. A review will even be created in 1939, but only three issues will be published, because once again the war will “turn everything upside down”.

Lacasse was naturalized French in 1947.

Encouraged by his wife and his friends, pushed by his voluntary and dynamic character, he regains the upper hand. He paints more beautifully and will never stop. He made himself known (and recognized) as an original and quality abstract painter. From 1951, the exhibitions will follow one another: Paris, then Sao Paulo, the Federal Republic of Germany, the United States, etc.