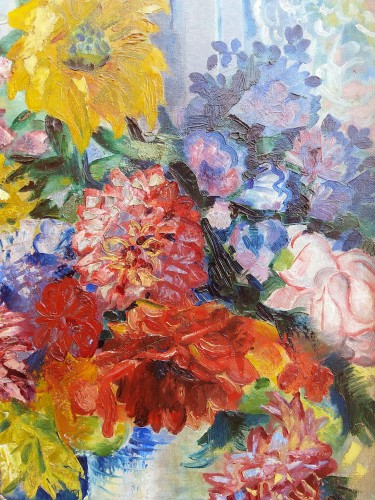 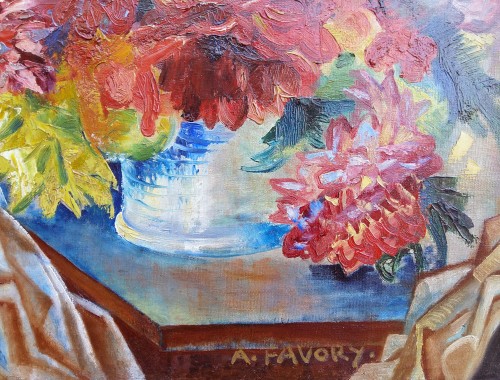 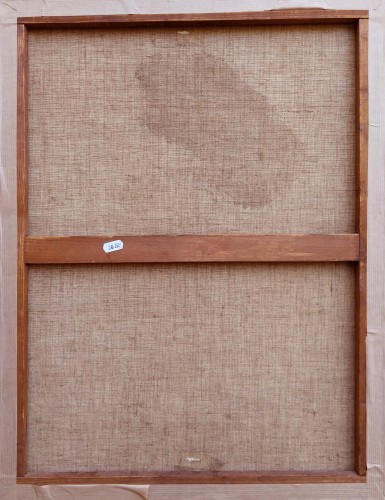 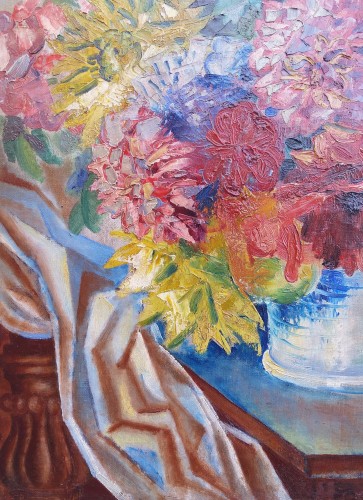 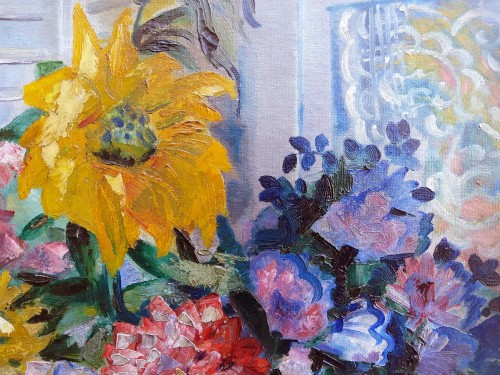 An oil on canvas measuring 65X50 cm (without the frame) representing a bouquet of flowers signed lower right. A work bordering on cubism and Art Deco circa 1920 by André Favory (1888-1937).

André Favory born in 1888 is a French painter and illustrator. He studied at the Académie Julian where he met Jean Metzinger, André Lhote and Marie Laurencin. Favory painted in a cubist style during the first years of his career and began exhibiting his works in 1909. However, in 1914, mobilized, he left for the war. When he exhibited again in 1919, the experience of the trenches had a profound impact on him. His conception of art evolved, he abandoned cubism for which he criticized intellectualism and began to take an interest in portraits and nude female models represented as extravagant bathers with voluptuous and sensual proportions.
In 1922, he made many trips, notably to Belgium where he studied the work of Pierre Paul Rubens, which would exert a real influence on him. He exhibits regularly at Salons in Paris and Brussels such as the Salon des Artistes Indépendants, the Salon des Tuileries and is also a member of the Salon d'Automne. In addition, in the 1920s, his works were exhibited in numerous galleries around the world; Paris, Brussels, London, Amsterdam, New York or even Tokyo. Louis Vauxcelles, influential critic of the time, considers him to be one of the masters of his generation.
He died in 1937.