Preparatory drawing for the painting presented at the Salon of 1835.

Michel-Philibert Genod (Lyon, 1795 - Id., 1862) was a pupil of Pierre Révoil (1776 - 1842), leader of the troubadour painting in Lyon. He practiced this genre throughout his career, favoring the anecdotal and the picturesque by meticulously describing the details that bear witness to an era and a story. The subject of this watercolor is not inspired by a known historical fact, but rather imagines an episode in a romantic mode, as the Salon booklet indicates: "The wife of this prisoner deceives the vigilance of the guards, and takes her child down through the prison window. "In this scene, stripped of all tragic meaning, the costume and accessories play an important role, whose refined treatment plays its part in the delight of the work. 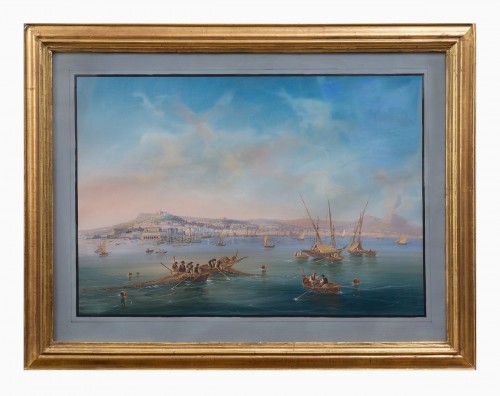 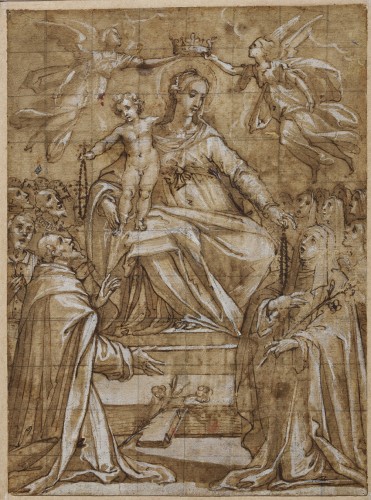 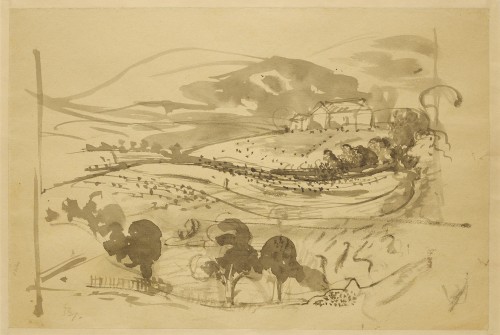