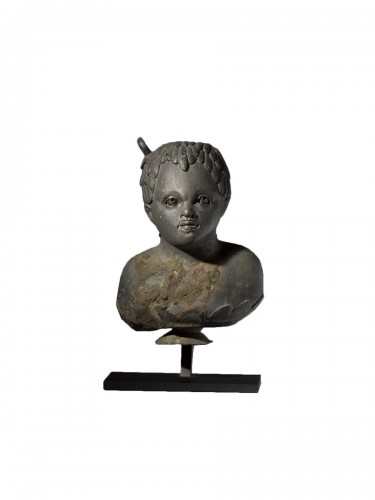 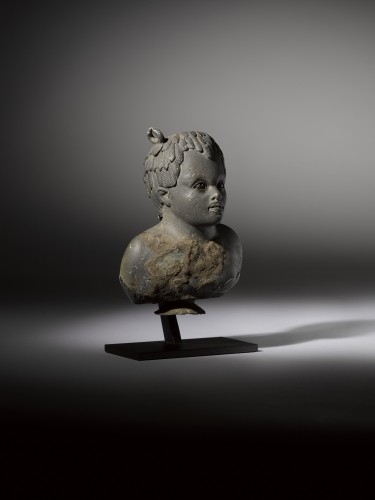 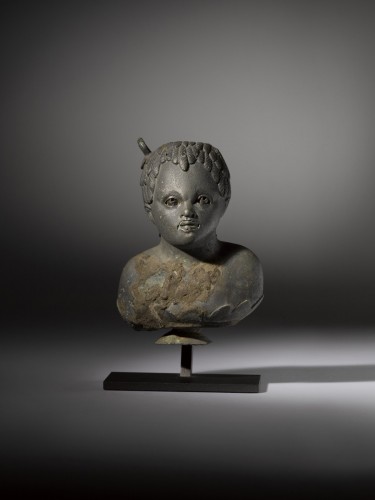 Roman bronze balsamarium is shaped in the form of a bust depicting a young black African boy. The boy sports a bare chest beset at the bottom by a frame of acanthus leaves. At the top of the balsamarium is a circular orifice, allowing fragrant contents to be poured into it and which used to be covered by a lid attached to its rim. To the right of this opening is a large loop to which a chain could be attached. 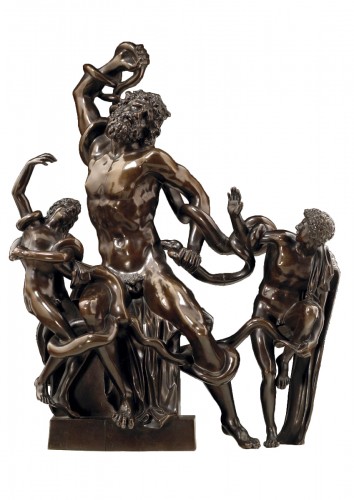 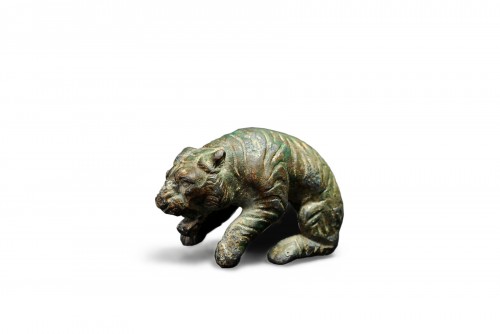 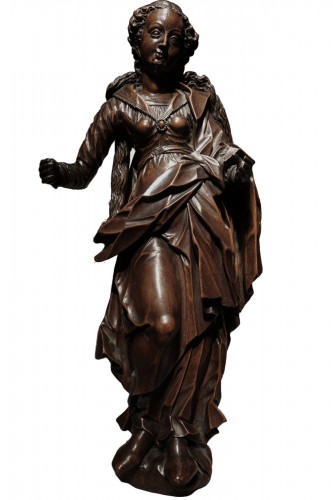