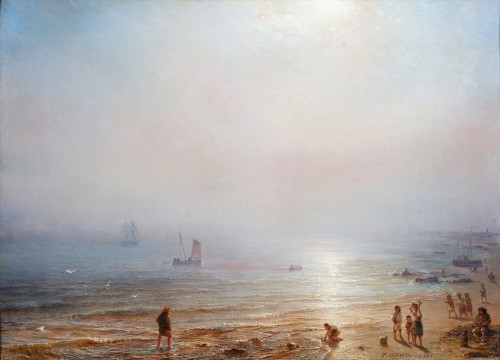 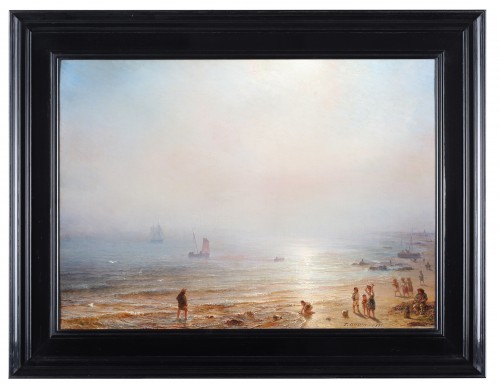 Théodore Gudin was a French marine painter, he became one of the first two official Peintres de la Marine in 1830.
Over the next few years, he made painting trips to Italy, Switzerland and Russia. He was then created a Baron by the King and commissioned to produce ninety paintings on French naval history for the Palace of Versailles.
He was named an officer in the Legion of Honor in 1841. Following an exhibit in Berlin in 1845, he received the cross Pour le Mérite.[6] In 1844, he married Louise Margaret Hay (1820-1890), daughter of the English General James Hay (1788-1862) and goddaughter of the King. They had three children, including the painter Henriette Gudin.