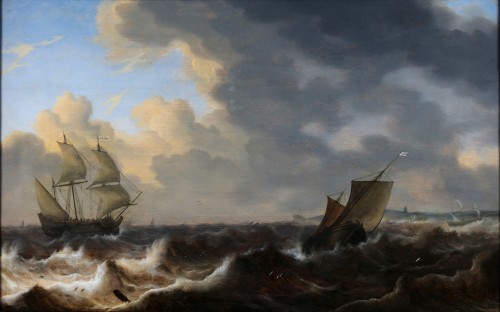 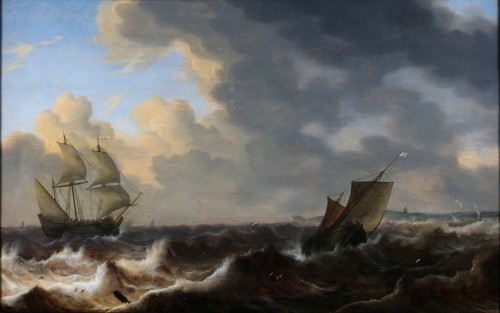 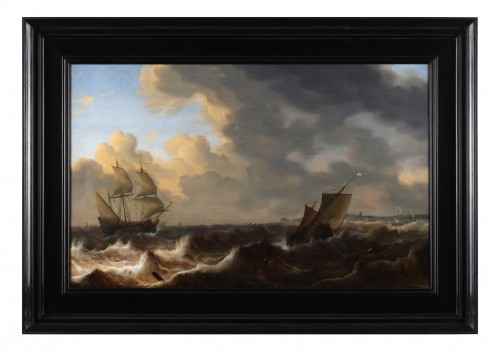 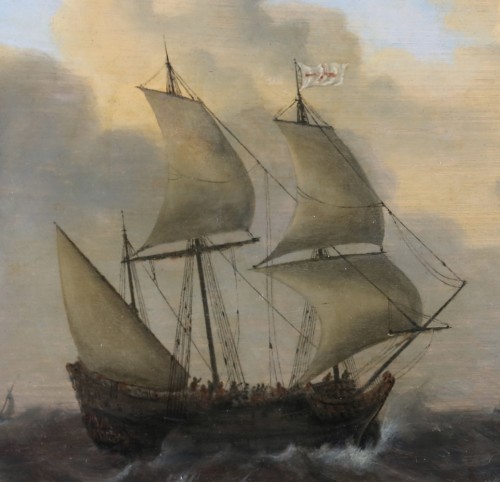 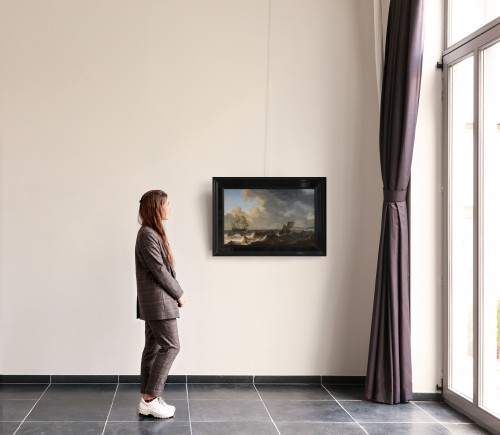 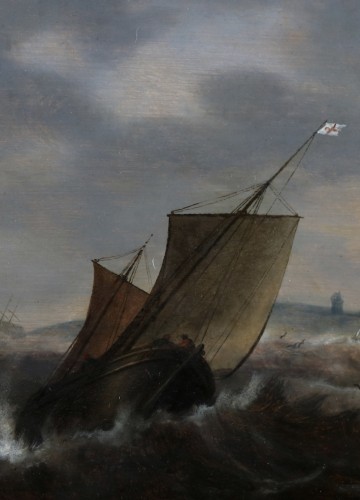 Jacob Adriaensz. Bellevois (Rotterdam, 1621 - there, 1676) was a Dutch painter from the Golden Age and specialized in seascapes.
Bellevois worked in Gouda from 1661 to 1666 and in Hamburg in 1673, where he met Johannes Voorhout. He then returned to his birthplace Rotterdam, where he was buried on September 19, 1676. He was influenced by Jan Porcellis and Simon de Vlieger. 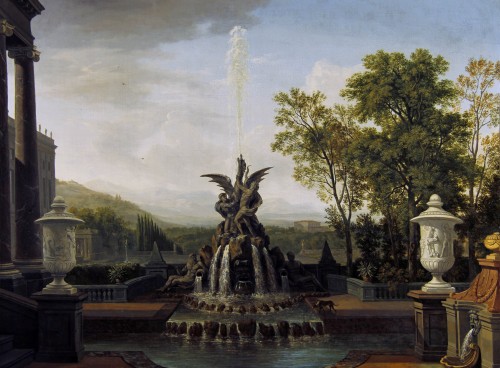 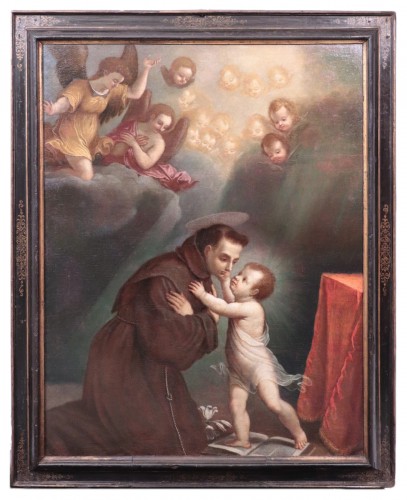 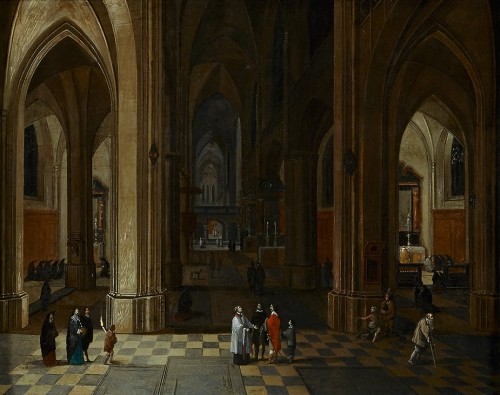