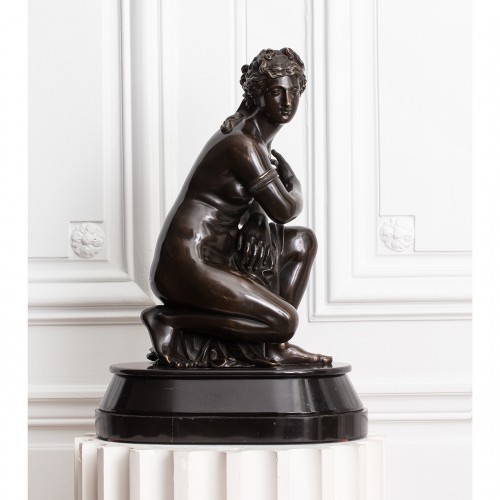 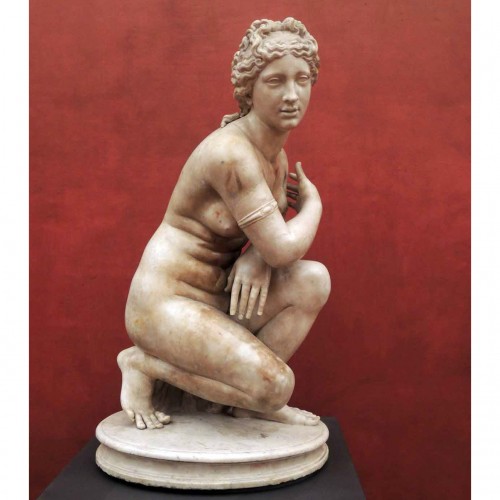 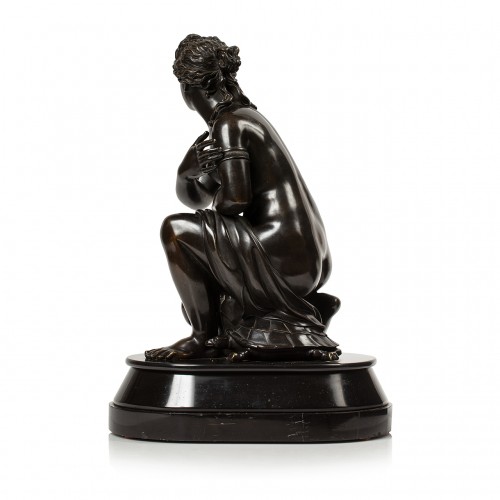 History
Coysevox's Crouching Venus, a marble sculpture inspired by the antique, was completed in 1686 and seems to have been inspired by a plaster cast of the antique model sent to him by François Michel le Tellier, Marquis de Louvois (1639-1691). This original marble would have been discovered at the end of the XVIth century, and is attested in the Villa Medici from 1704 then transferred in 1787 from Rome to Florence where it integrates the Uffizi Palace (ill. 4).
The Crouching Venus or Aphrodite is known in several versions, including the Lely Venus, formerly in the Gonzaga collection and now kept in the British Museum. Placed by Coysevox at the Palace of Versailles for Louis XIV, like other copies of ancient marbles such as the Venus de Medici, the Nymph with the shell or Castor and Pollux, the one also called the Venus at the bath flanked the staircase of the Parterre Nord until 1872, when it was transported to the Jardin des Tuileries and then replaced by bronze casts made in 1688. Currently on display at the Louvre Museum (inv. MR 1826), the sculpture refers to ancient literature which mentions to Elis (near Olympia, Greece), an Aphrodite with a turtle by the famous Greek sculptor Phidias (480-430 BC).
A bronze reduction of the Crouching Venus is in the Wallace Collection in London (inv. S188), another in Dresden (Skulpturensammlung, inv. H4 153/7). The example shown here is remarkable for its dimensions, the precision of the casting and the quality of the chasing. 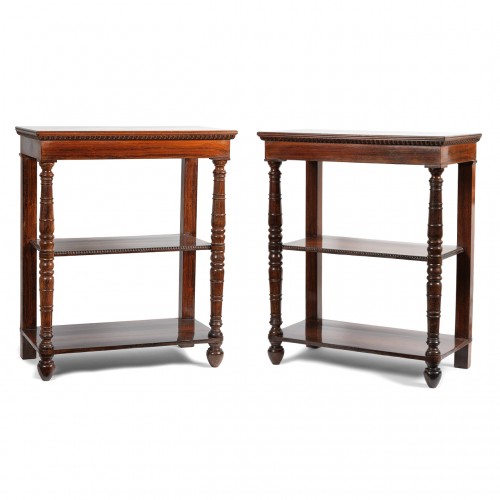 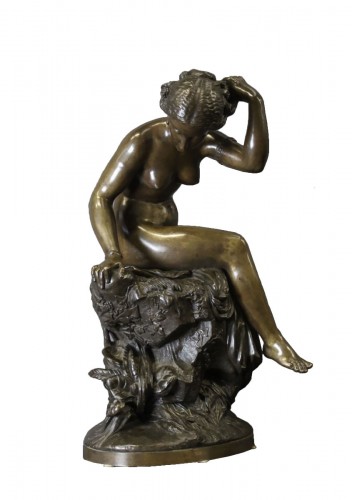 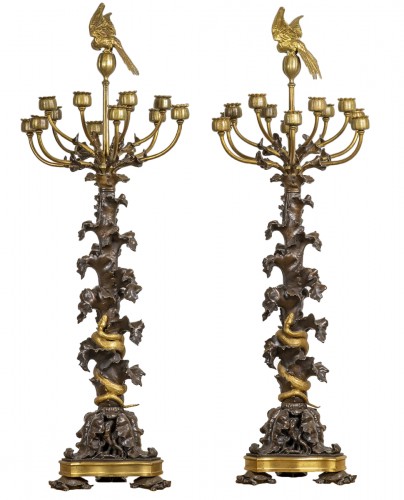 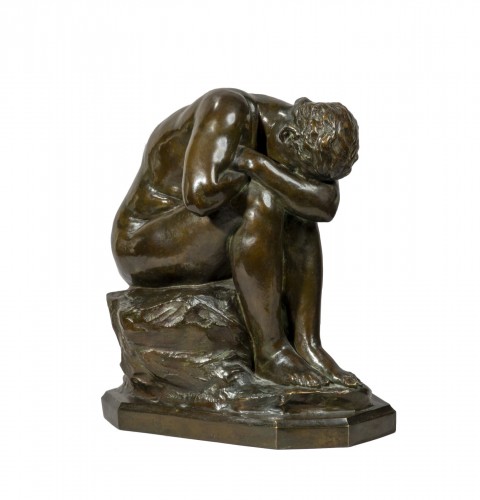 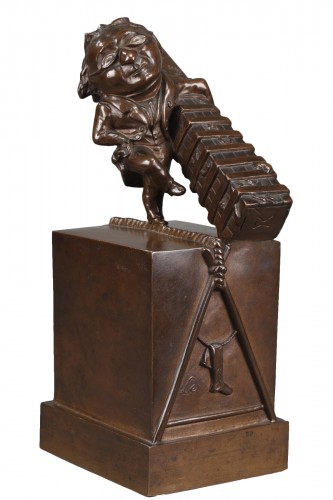