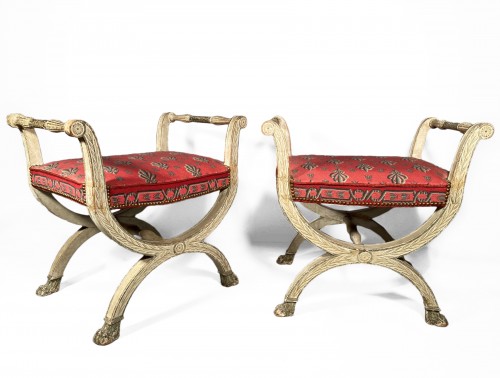 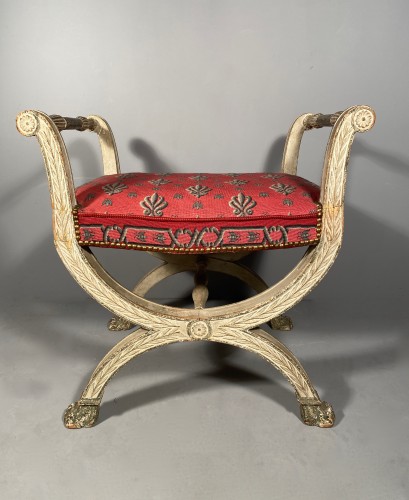 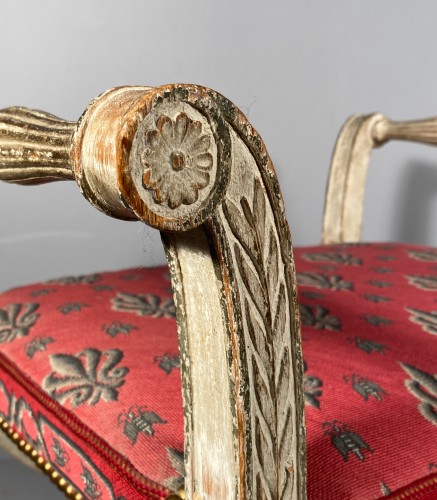 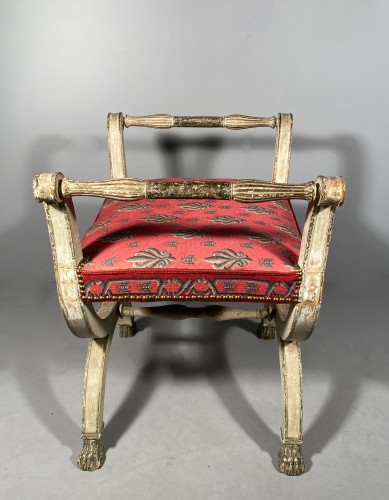 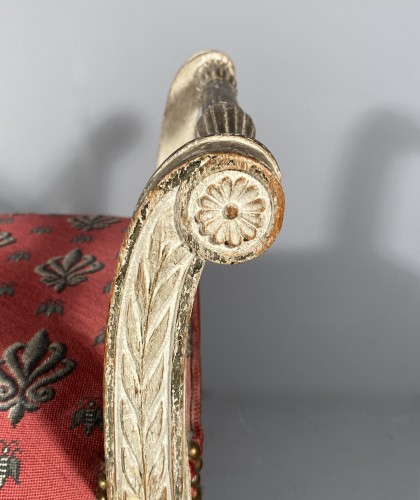 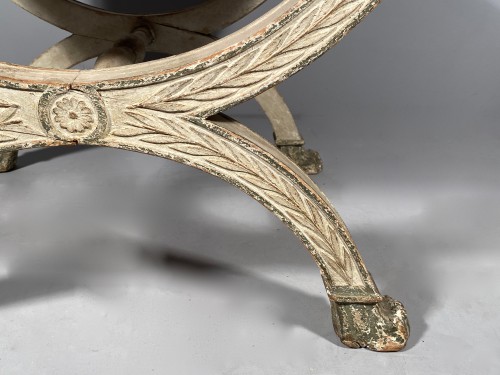 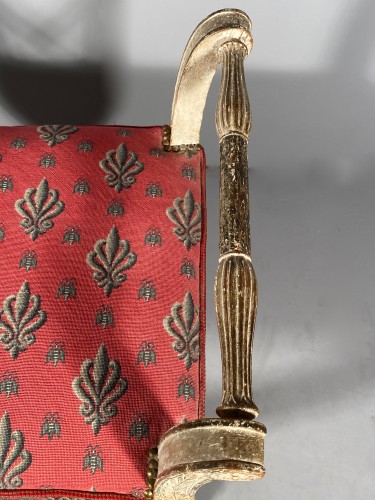 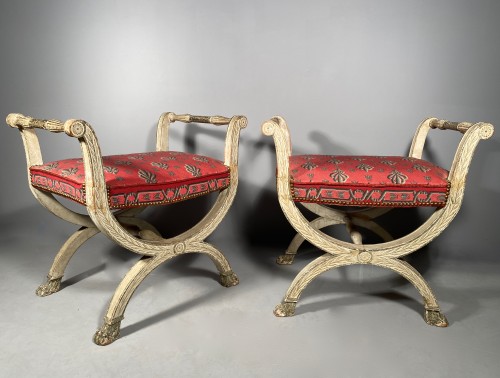 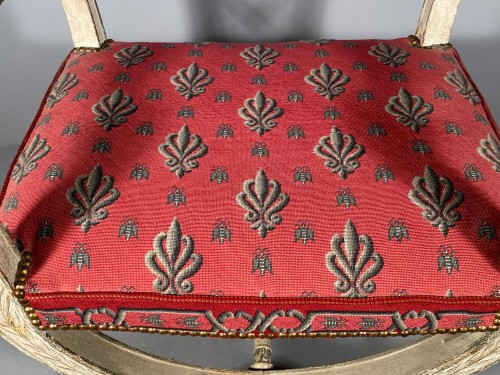 Rare pair of "X" shaped curule * stools in gray lacquered beech wood and green upholstery.
Model with decorations of laurel branches finely carved on both sides.
The uprights terminated by windings decorated with rosettes and interconnected by two spacers with baluster barrels at the top and at the bottom.
The four lion claw feet.

Traditional natural horsehair trim on straps; covered with a tapestry with small dots decorated with palm leaves on a red background.

French work from the first half of the 19th century.

* The curule seat (in Latin sella curulis, from currus, "chariot") is a symbol of power in ancient Rome, on which could sit the Roman magistrates and promagistrates possessing the imperium (power to coerce and punish), that is to say the consuls, dictators, cavalry masters, praetors, and curule aediles. According to Plutarch, only the exercise of a magistracy giving the right to a curule chair allowed a client to free himself from the tutelage of his boss.
While Julius Caesar was allowed to sit on a curule seat made of gold, it was traditionally made of silver, with the curved legs forming a wide X without backrest or armrests. The seat could not be folded and transported.
It is a kind of stool (and not a chair which has a backrest) formed by two crossed legs over which a piece of fabric is stretched.
The shape of this seat was adopted by the Directoire style at the beginning of the 19th century, especially under the 1st Empire, when Napoleon intended it in particular for these marshals.
Such seats are visible in the imperial palaces of Fontainebleau, Compiègne, Malmaison…. 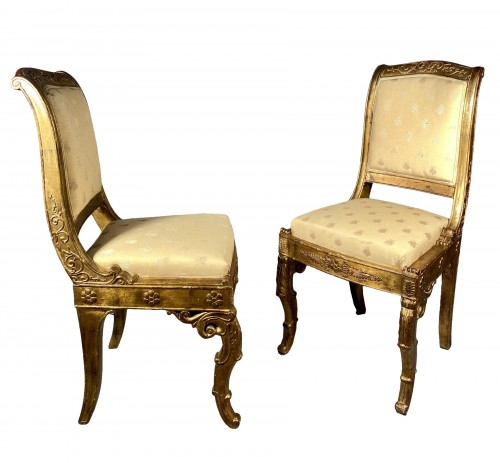 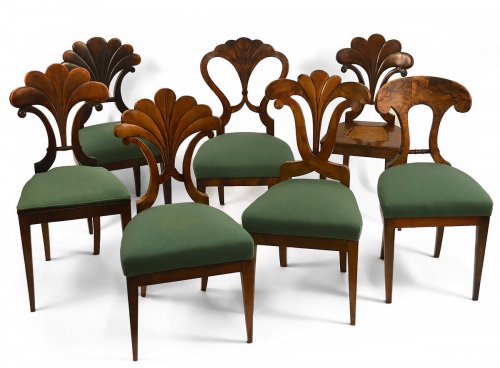 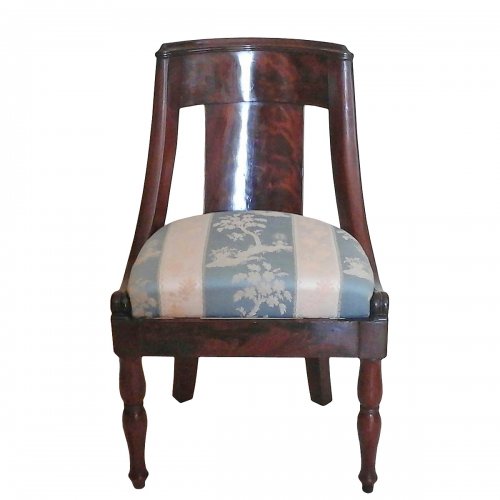