Eugene Carrière (Gournay 1849 – Paris 1905)
After early years in Strasbourg at the municipal school of drawing, Carrière became an apprentice lithographer. In 1869, he went to Paris and joined Alexandre Cabanel's studio. The study of nature and the example of the masters forged a very original artistic personality. He made his debut at the Salon in 1876 and in the 1880s received the support of influential critics such as Roger Marx. Official recognition came soon after and was accompanied by the commissioning of several important decorative series: the Hôtel de Ville in 1889, the town hall of the XIIth arrondissement in 1897 and the Sorbonne in 1898. In 1890 he was one of the founders of the Société Nationale des Beaux-Arts, the National Society of Fine Arts and ran the "Académie Carrière" from 1898 to 1903. This latter numbered among its students Henri Matisse, André Derain, Jean Puy and Francis Jourdain. It is amusing to note that several of the leading lights of "Fauvism" were trained by a master with an almost monochrome palette.
Our drawing shows two elderly seated figures with their backs to a window. As in many of his paintings, he works on the qualities of shadow and light, with fading contours. Here the almost erased faces convey a strange feeling. Symbolic of approaching death, which the emaciated tree outside reprises, these two bodies seems to be coming apart before our very eyes. We can already no longer recognize these people, who will not be able to escape oblivion.

We would like to thank Mrs. Véronique Nora-Milin, specialist of the artist, who kindly confirmed us, after seeing it, the
authenticity of this work. 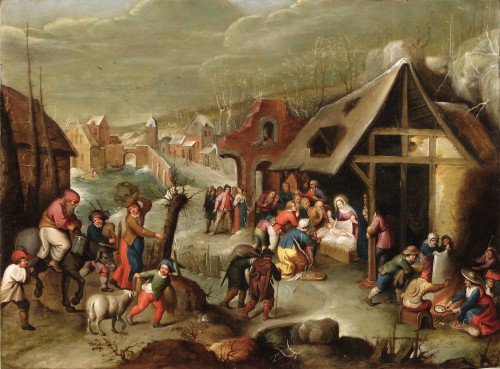 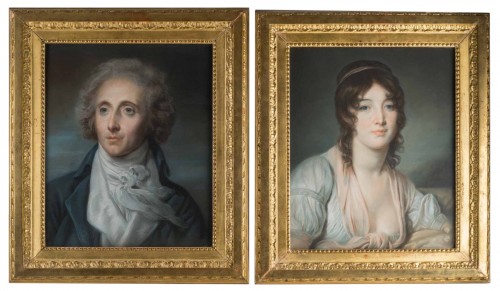