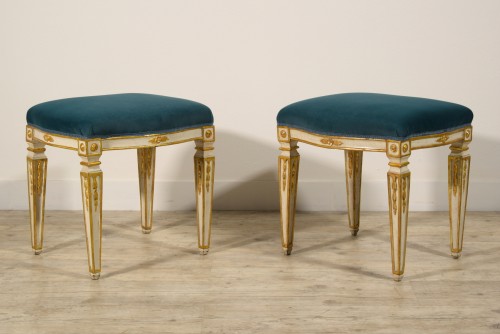 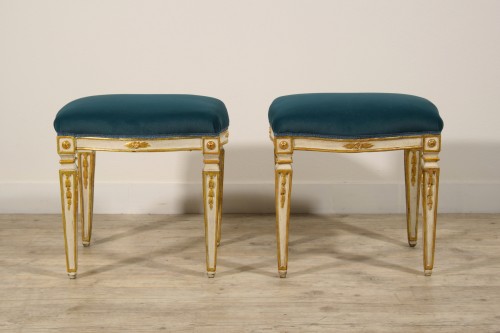 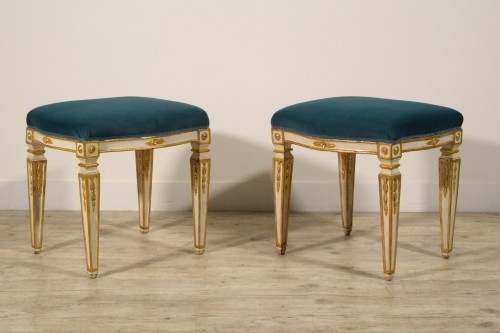 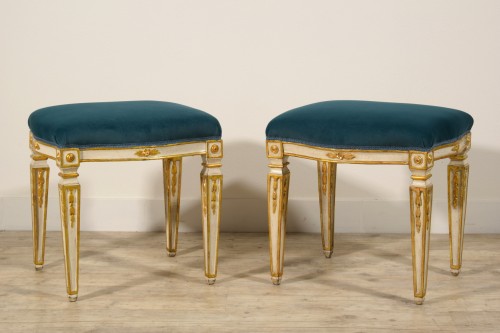 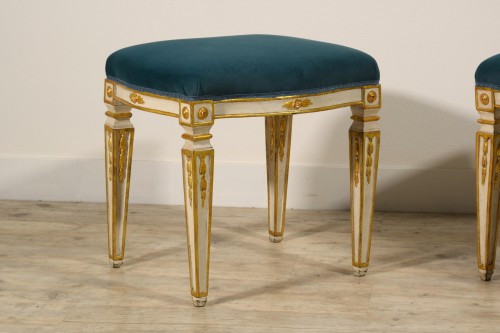 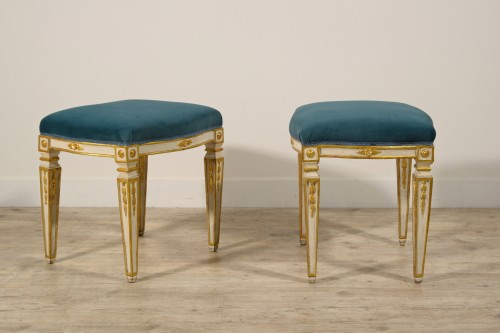 The refined pair of stools, in good condition, was made around the end of the 18th century in Naples (Italy) in carved wood.
Representative of the neoclassical taste widespread in Italy at the end of the eighteenth century, the carving presents classical decorations with geometric and floral elements. The wooden base is lacquered in light tones while ornaments and frames are gilded with the Mecca. It is a gilding with a silver leaf on which the Mecca is applied, so that the silver takes on the appearance and the preciousness of the gold leaf. Mecca is a paint from the ancient recipe that was jealously guarded in the shops. It involves the use of sandracca rubber and gutta rubber in alcohol, dragon blood and other ingredients that, in mixture with each other, contribute to the different chromatic elements of the mecca.
The stools have the band under the seat slightly moved and the four legs, which originate from a nut element, are inverted pyramid trunk.
The two stools, of good executive quality, are very decorative and suitable for insertion both in environments with antique furniture and next to modern furniture. They can be designed in a living room, in pairs or individually, next to seats or in a bedroom to support chairs, armchairs or sofas. 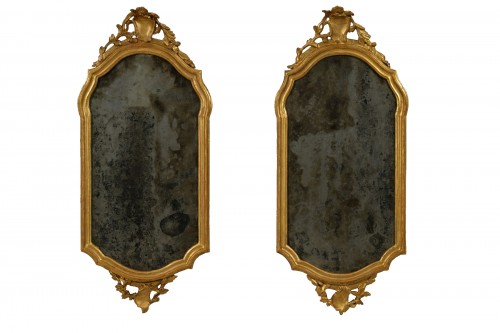 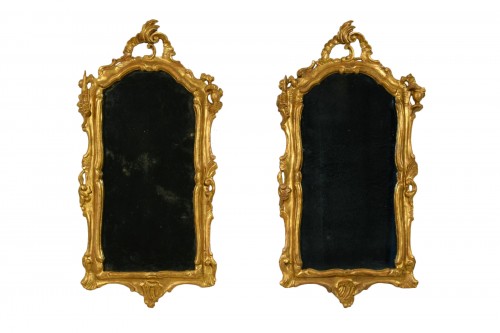 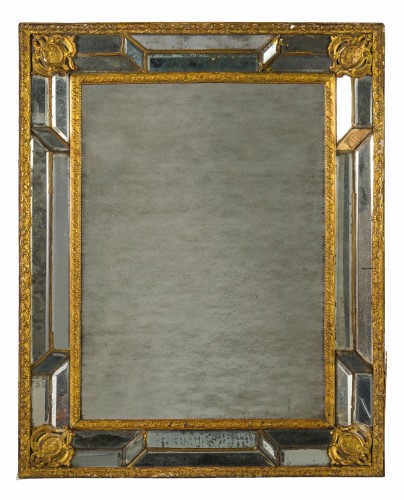 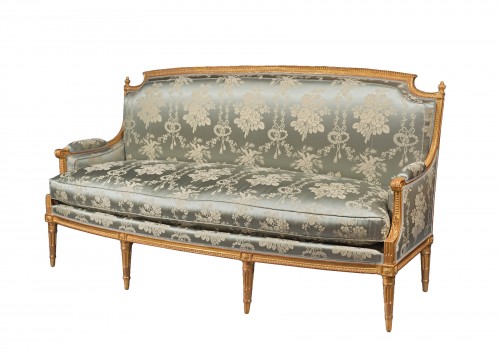 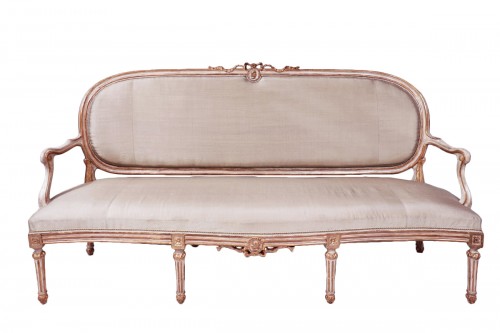 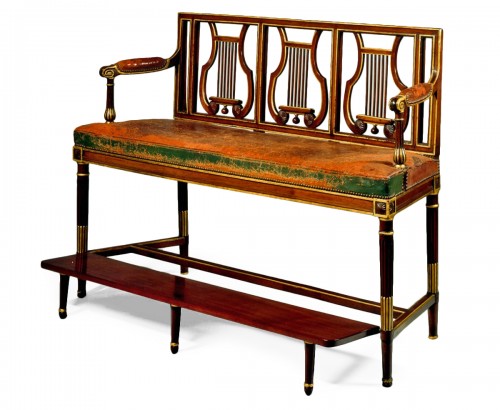 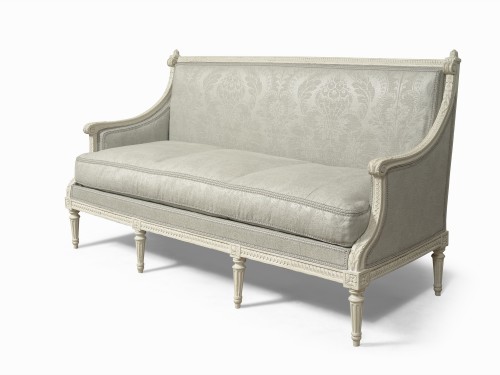 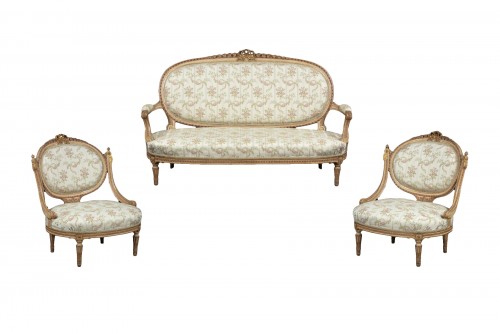 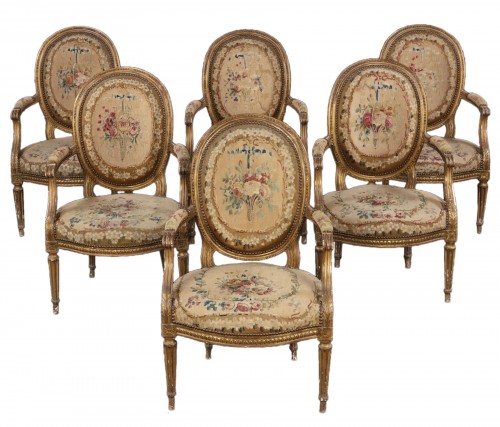