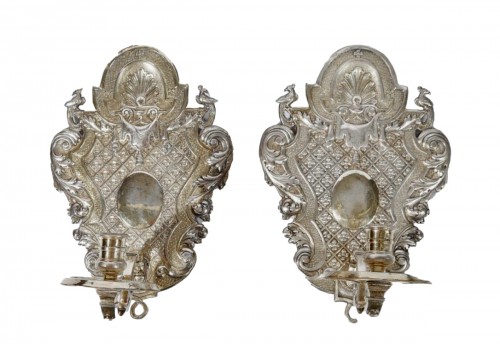 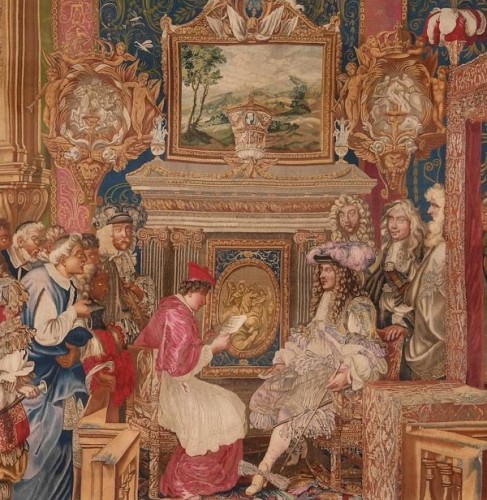 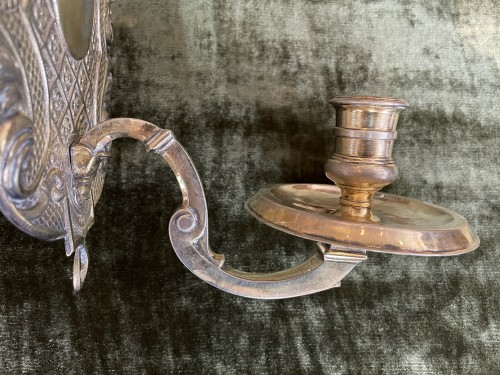 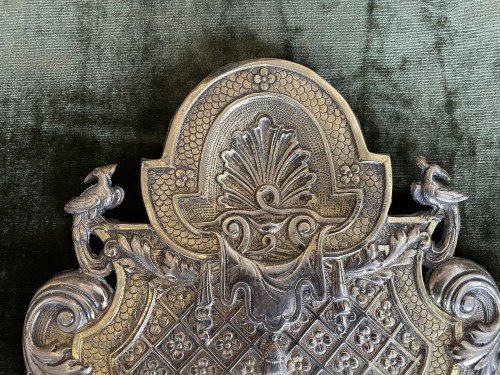 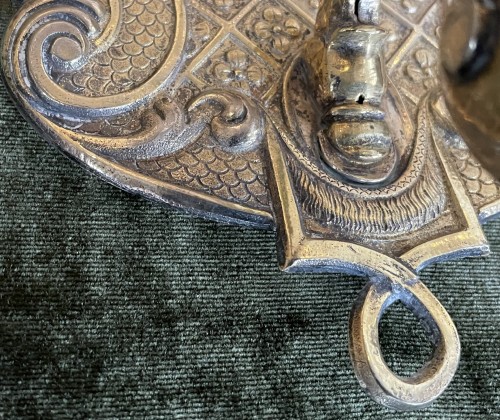 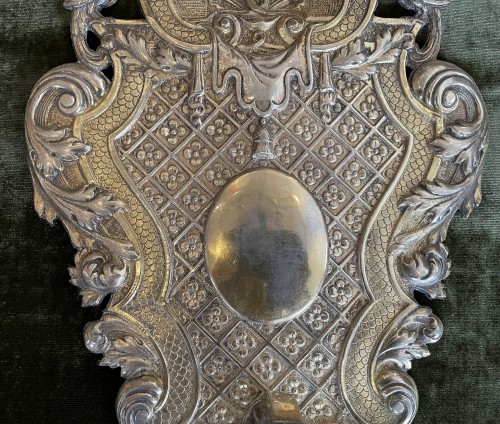 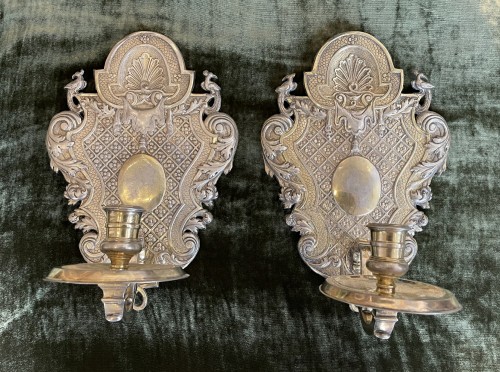 Pair of silver plated embossed copper sconces or "light plates".
End of the 17th century - beginning of the 18th century

The upper part in the shape of a shield is adorned with a palmette placed on a valance and framed by peacocks from which emerge large acanthus leaves bordering the central plate decorated with four leaves in braces. A light arm is placed in the lower part of the plate.

At the end of the 16th century, coming from Peru or Mexico, money flowed in Europe and especially in Spain where the fashion of silver furniture was born.
The young Louis XIV whose motto was to dazzle will be able from 1664 thanks to Colbertian rigor which allows him to enjoy a very important fortune, to build up silver furniture, furniture which will be permanently exhibited at Versailles in 1682, year of the installation of the Court in the castle
Tables, mirrors, orange pots, consoles, andirons, chandeliers as well as the balustrade of the royal chamber will be made in silver and will dazzle the whole of Europe and the world. Will we not say "that the night is more beautiful than the day and the winter more pleasant than the spring" thanks to the clarity that the thousands of candles bring by being reflected on the silver.

But in 1690, the dream is definitely over, "war is an art which destroys all the others", the war, which opposes France to all the European princes, gets the better of this splendor, and all the furniture is sent. to the melting in order to recover hard cash.
However, this extravagance has gained ground and many European courts are embarking on the creation of silver furniture such as the King of Denmark, the Elector of Hanover or William III of Orange Nassau King of England.


Of this French silver furniture of which nothing remains, only a few engravings serve as testimony, some foreign courts compensate for this lack by having preserved works.
A pair of so-called "light plates" of English origin but made by the silversmith Pierre II Doublet (received as master in 1663) kept at the Louvre museum is a perfect illustration: oval in shape with an arm of light ended by a binet and its bobèche.
The light plates were fixed either to the wall and as can be seen on the tapestry "The hearing of the legate" (1733-1736) kept at the Louvre museum, these plates could be directly attached to the tapestry.
These light plates or reflectors gave way to gilt bronze sconces placed on either side of the piers at the beginning of the 18th century. 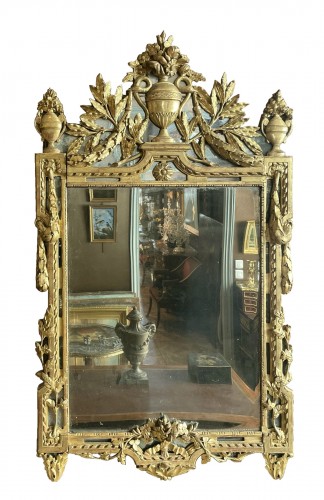 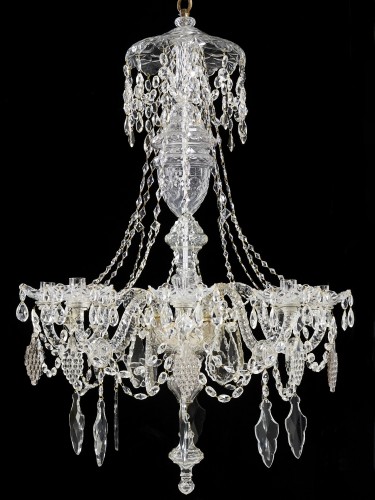 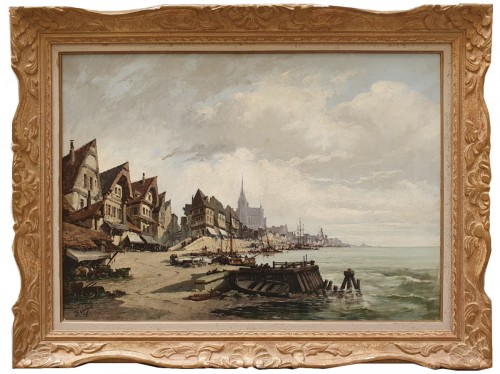 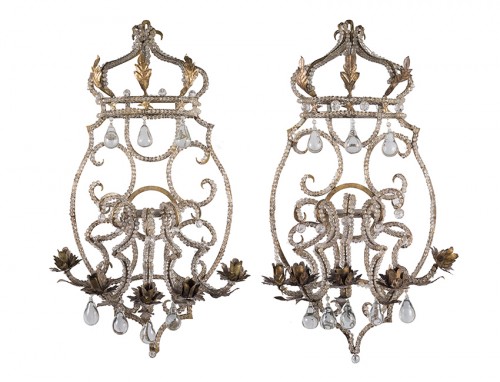 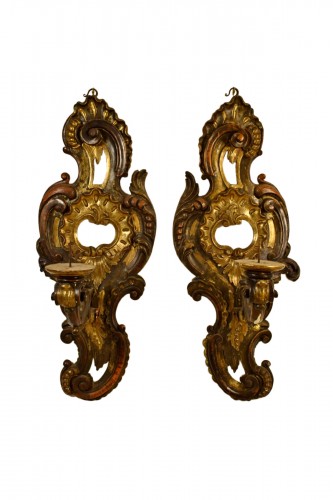 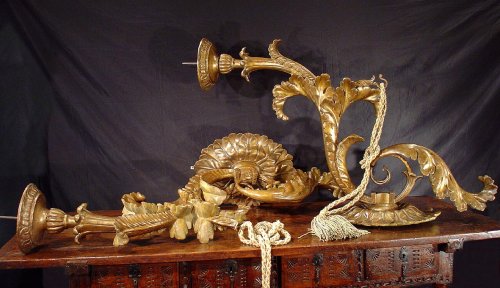