It is remarkable that representations of wild boars are extremely rare in the Chinese funerary art of the terracotta, those articles supposed to accompany the dead in the afterlife (the mingqi,) a fortiori under the Tang dynasty.

It will be further noted that a notch has deliberately been made by the potter in the belly of the wild sow whose lying posture leaves no doubt that it is shown ready to give breast feeding to its piglets (it can be compared to Han terracotta figures of pigs which are always figured upright): indeed, this notch as it is possible to see it in the photos, is fully glazed.

We can deduce that piglets lining up for suckling and also represented in terracotta but with a different colored glaze (hence the separate firing because the glazes under the Tang melted easily together) were from the start thought to come and insert into this space. The subject is all the more rare and precious for the history of ancient Chinese ceramic art.

This amusing and very rare item was acquired on the French art market in the 1970s.

A large chinese painting in the style of Yu Zhiding 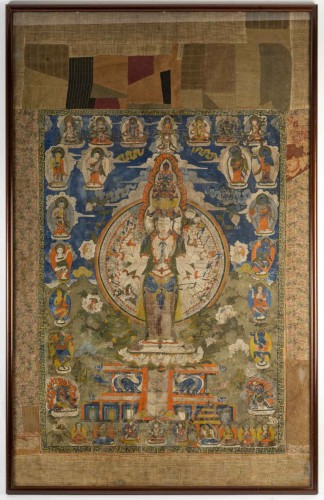 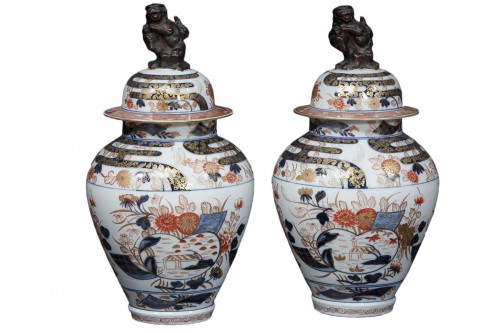