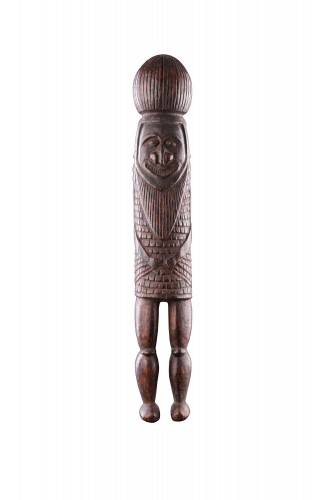 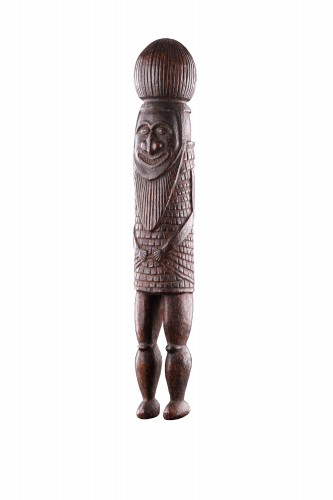 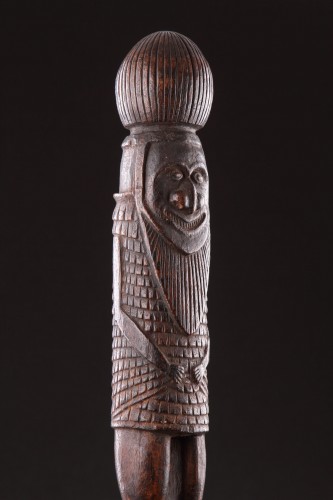 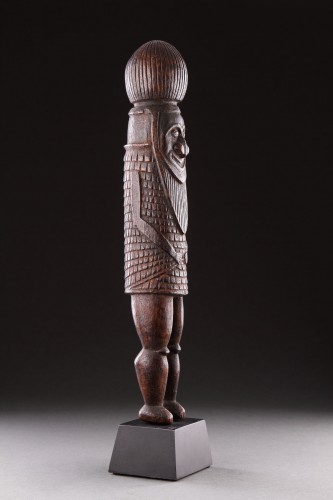 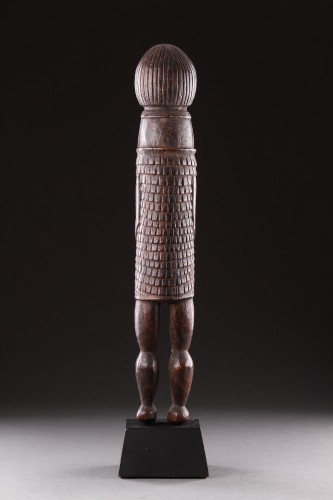 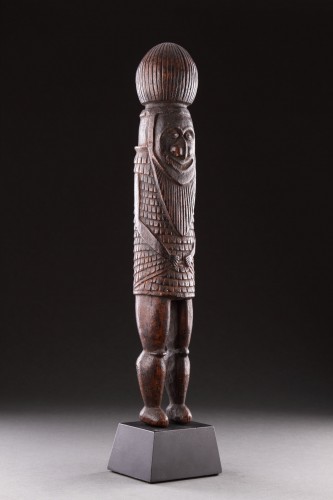 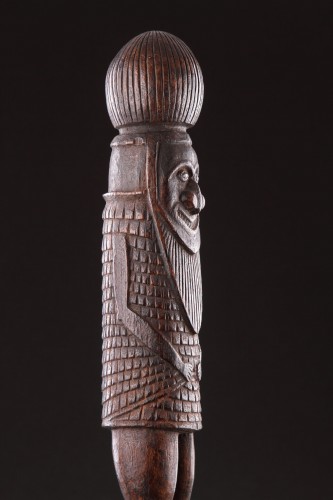 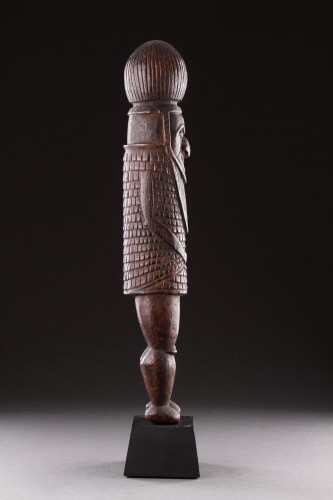 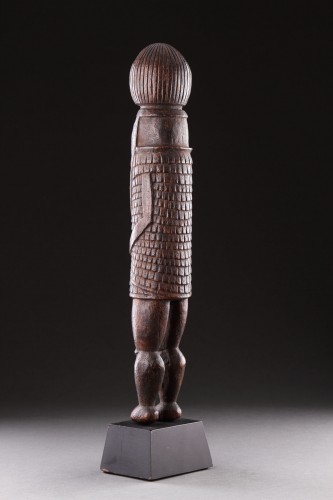 This finely carved figure represents a masked dancer that would performed during the ritual mourning ceremonies that accompanied the death of an important chief. The dancer embodied the spirit of the chief providing a link between the land of the living and the realm of the ancestors. Afterwards the figures served as symbols of chiefly authority, as ritual protectors and personal guardians. They were often placed by the door of a house to provide protection for the inhabitants. A photograph taken in 1911 in the Tiouakaz Valley on Grand Terre Island by the Swiss Naturalist Fritz Sarasin shows the entrance of a hut with two carved door jambs and a threshold. The base of the left door jamb is broken and in the empty crevice is placed a small figure representing the mask wearer intended to repel the evil spirits who could take advantage of the uncontrolled entrance to enter the dwelling. Sarasin described these figures as ‘known guardians’ in all the regions of the isalnd.
In contrast to most other areas of Melanesia a system of hereditary chiefmanship operated. Many diverse dialects were spoken, but there was a general cultural homogeneity throughout the area. Both religious, ceremonial and secular art was produced with wood carvings emphasising form. As in this sculptural figure, faces were portrayed with a broad crescent shaped mouth, flaring nostrils and bulbous features. The extinction of New Caledonian traditional culture in the early 19th century was so complete that little is now known of the significance of these extraordinary ritual sculptures.