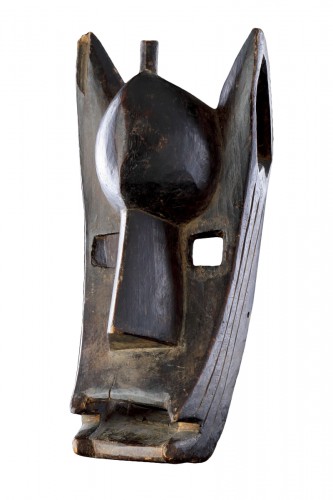 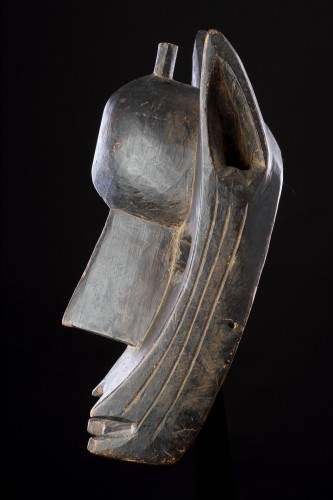 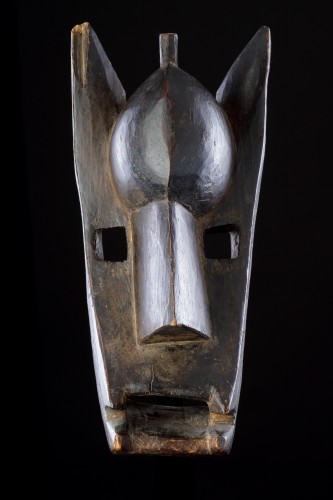 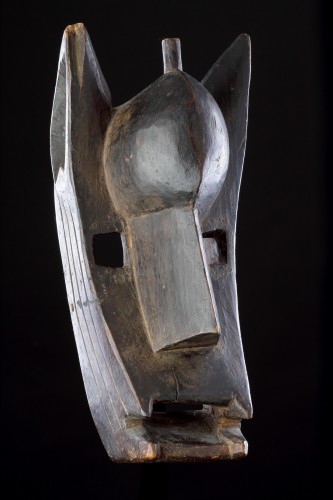 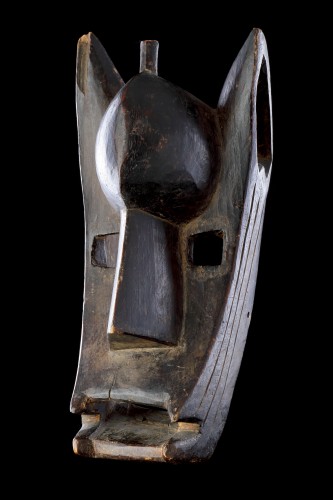 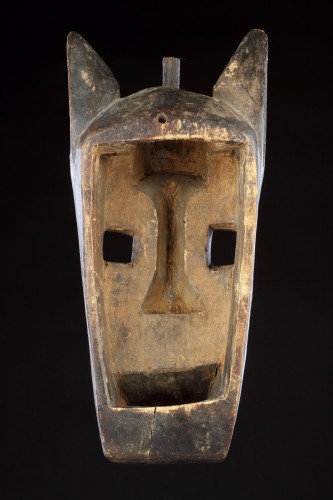 The basis of daily life in Bamana Mali, a country about the size of Texas and California combined, consists of interpreting through priests and diviners all aspects of nature from the shape of the clouds to the songs of birds in order to eliminate negative factors, to improve the chances of good fortune, and to appease powerful deities. According to the Bamana nature must be assisted by human intervention to positively influence village life. This close relationship between man and nature informs much of their art and culture.
Among the Bamana initiation societies were of profound social and political significance. In the villages where they existed every boy had to accomplish specialised rituals in order to accede to adulthood, and the Koré initiation insured the development of male identity. Every male had to be symbolically killed at the Koré, or else considered as belonging to the world of the women and non-circumcised boys. Every seven years an age set of teenagers is ‘killed by the Koré’. As they resuscitate under an adult identity, they have to renounce the privileges of childhood and must prove their bravery. Prior to this symbolic death the young boys are terrified as they do not know that it is a sham killing. Before returning to their village they live in the bush with three elders learning about herbal medicine, sexuality, the cycle of life and their obligations towards elders and ancestors. They are also subjected to physical hardship and humiliation, but as it is their most desired wish to become adult, they do not complain.
After the Koré they are considered men and are free to choose between other initiation societies to increase their personal power. Each has its own symbols and masks: the ‘Surukuw’ are hyenas, the ‘Jaraw’ lions and the ‘Suluw’ monkeys. The carved wooden hyena masks have a long snout, square mouth and prominently domed forehead. The stylised crested mane that rises above the skull like a small horn between the ears symbolises the tuft of hair that is removed from the animal by the hunter immediately after the kill. This representation prevents the mortal vengeance of the victim’s spirit upon the mask’s owner, and gives it immense spiritual power and energy.