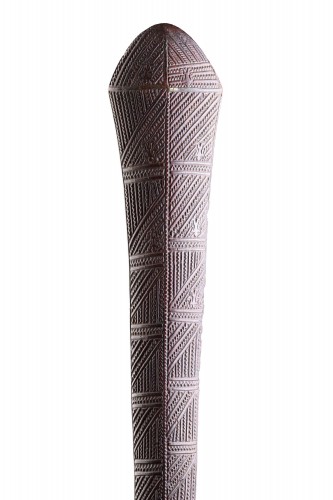 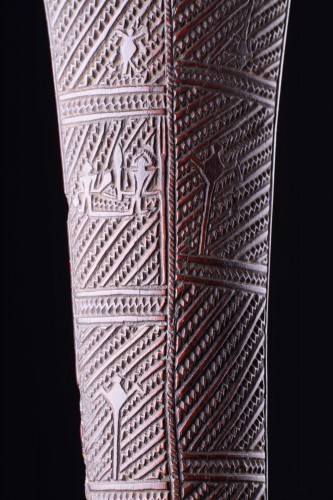 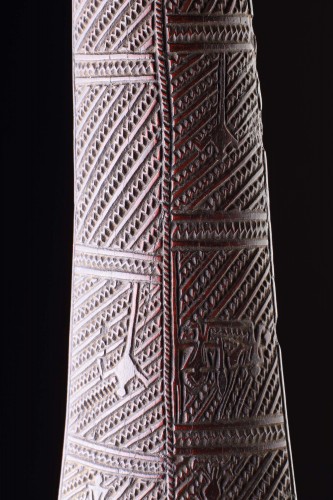 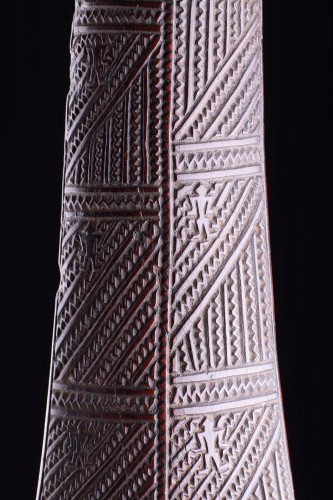 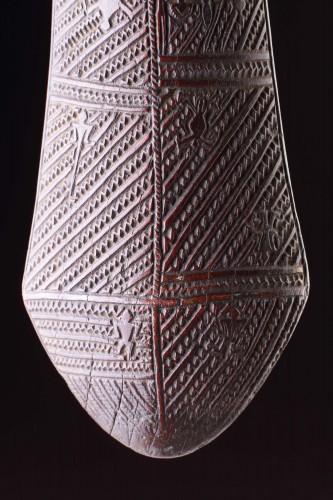 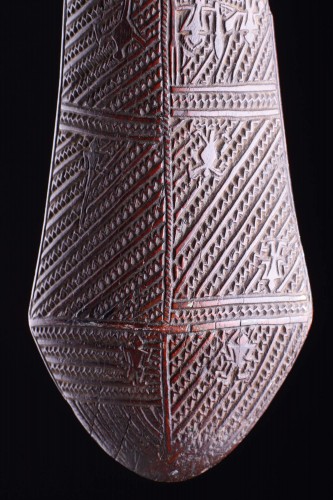 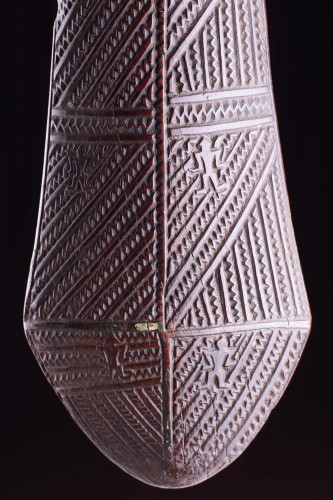 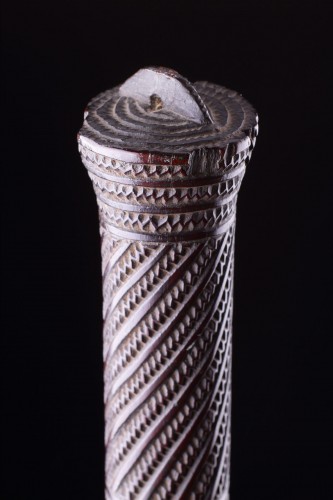 In the 18th century an extensive exchange network existed between Tonga, Samoa and Fiji. Cook arrived in the 1770’s on his second and third voyages as well as other European explorers and named Tonga the ‘Friendly Islands’. Valuable information on the area came from the account by William Mariner of his four year stay on Tonga between 1806 and 1810, and by the 1820’s the London Missionary Society and the Methodist Mission were stationed on the Islands. Within ten years they had converted the Tongan chiefs to Christianity.
The warriors favourite weapon on Tonga was the long two handed club. Its primary use being to kill people, or sometimes, pigs. The important clubs were distinguished by their superb workmanship. The Reverend John Thomas observed that ‘many of the gods had what was called the hala, or way, which was a carved club – most sacred, by which the god was supposed to enter the priest’ (Larson 1960:67). The Missionaries became intensely involved in the local politics of the Islands as they vied for converts and success. Reports of baptisms were one measure of success, but another was the demonstrable overthrow of pagan idolatry. Thus ‘idols’ became a target for iconoclasm, but curiously artefacts were also preserved and paraded as missionary ‘performance indicators’. Many of the ‘captured objects’ were sent back to Europe as examples of the triumph of Christianity to display in mission Museums and fund raising exhibitions. An unintentional consequence of their actions was that the missionaries became collectors, and this led to the survival of the confiscated artefacts.