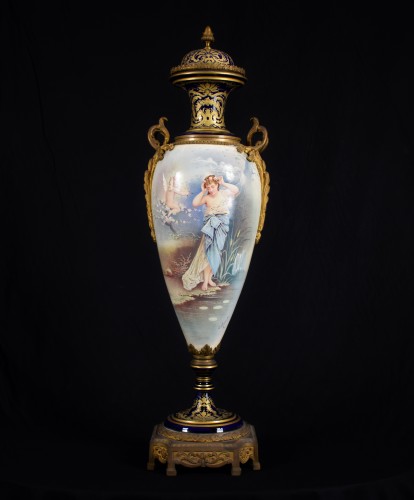 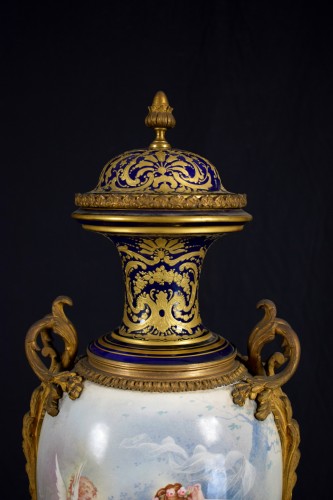 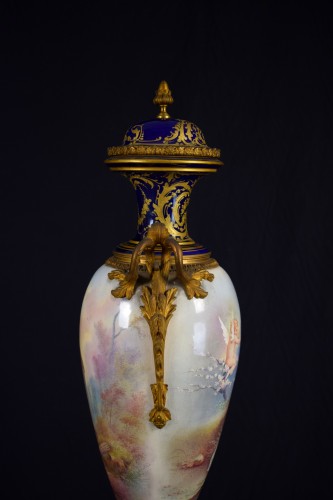 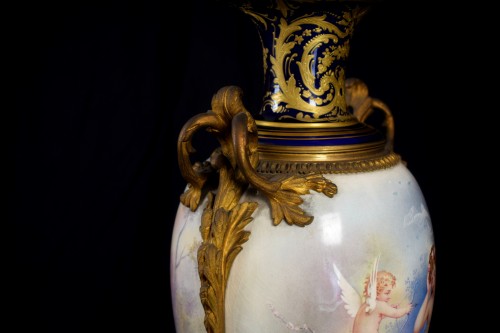 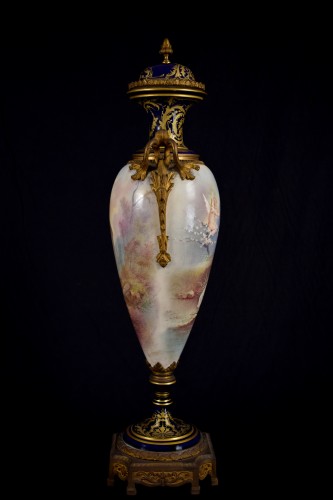 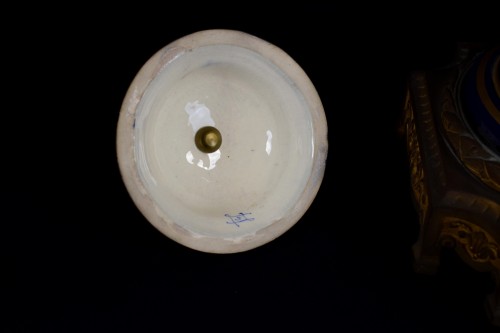 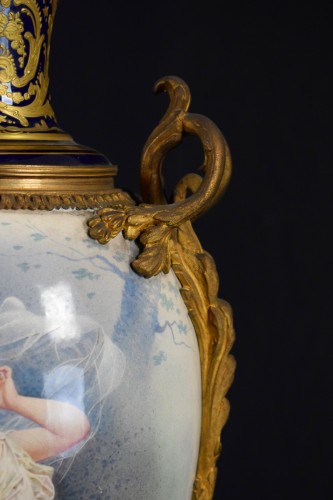 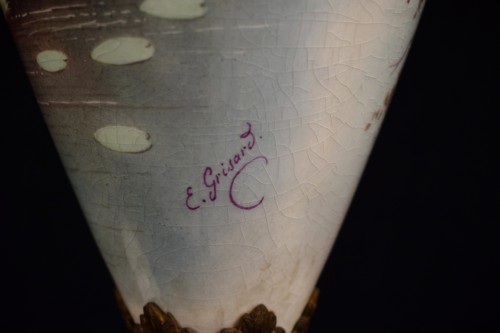 A fine quality French Sèvres style porcelain vase, late 19th century, in porcelain cobalt-blue, finely painted and decorated with gilt bronze. The painting represent “Cupid and Venus”. Cupid is depicted as a child, with two wings on his back, and he is he is shooting the arrow to strike his mother Venus, who will fall in love with the young and mortal Adonis. The vase is mounted on gilded porcelain and chiselled ormolu base.
There is a signature for 'E. Grisard' on the painting and a blue interlaced L’S mark for Sevres on the underside of the base. Grisard is considered one of the finest Sevres painters. 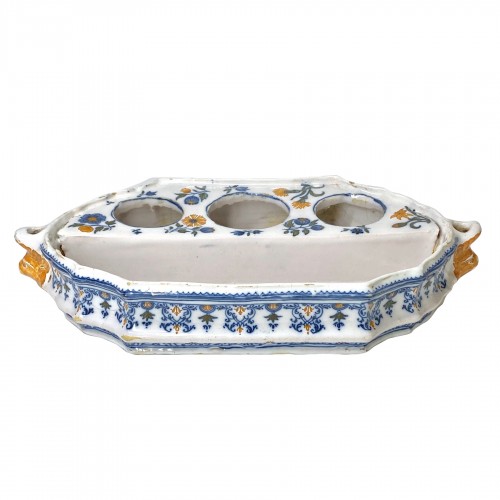 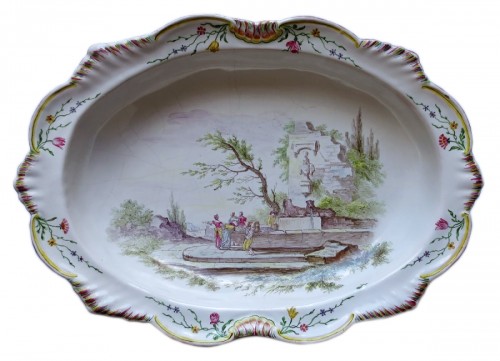