Adele-Marie Dzidzaria, Research Master Thesis, 2007, P. 27/28 and Nr. 40 on P. 81 (erroneously dated 1709)
Matthijs Naiveu worked in his native Leiden until 1678/79, when he moved to the Dutch metropolis Amsterdam. His grandfather was a skipper from Liège, hence his French last name.

At the middle of this spectacular composition stands the Greek hero Odysseus, who convinces the witch Circe to give his men back their human shape, for she had changed them into pigs, and her earlier victims into other animals.

A lady and her maid buying vegetables 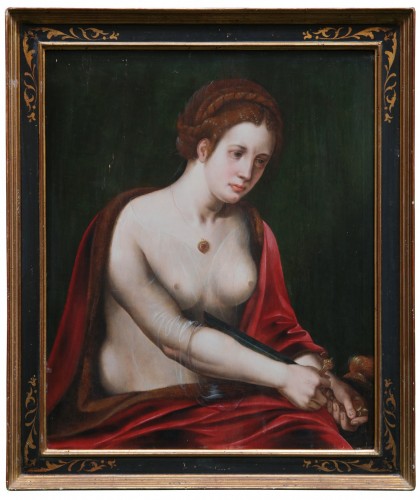 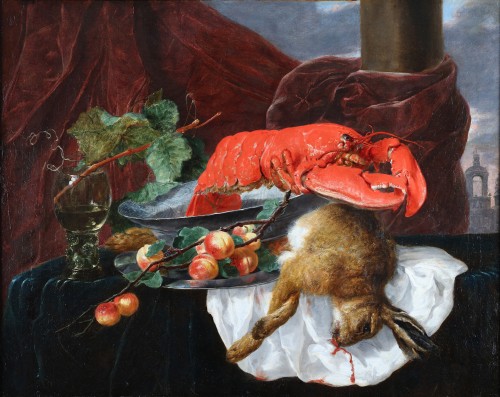 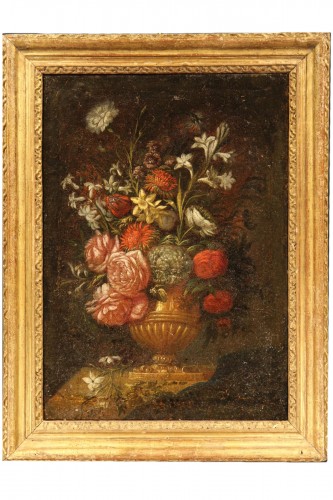