Rectangular kobako in gold lacquer fundame. The cover represents in hiramaki-e a Japanese castle, surrounded by majestic pines. The decoration extends on the edges of the lid and on the sides of the box. The interior and bottom are in nashi-ji lacquer.
Japanese castles (shiro) are constructions mainly made of stone and wood. They are perched on stone headlands. Their appearance coincided with the beginning of Japanese feudalism. At the beginning simple wooden fortifications intended for a temporary occupation, they became from the 16th century real strongholds provided with sophisticated means of defense. The increasing number of impressive castles prompted the Tokugawa shogun to draft a law in 1615, prohibiting a damyo (lord) from having more than one castle per province, causing the destruction of many castles. They were then gradually brought to disappear during the Meiji era. In the 1960s, however, many castles were rebuilt, and there are 252 castles in the country today.
Kobakos (“little boxes”) are often adorned with harmonious decors and sceneries inspired by Japanese fauna and flora. Japanese artists play with shapes and materials with accuracy and thoroughness akin to silverware.
Japan – Edo period (1603-1868)
Height : 4.3 in – Length : 5.5 in – Width : 4.25 in 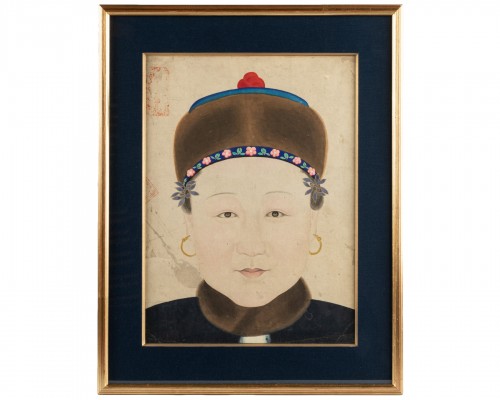 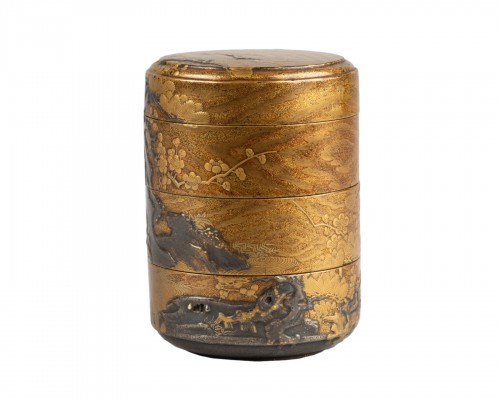 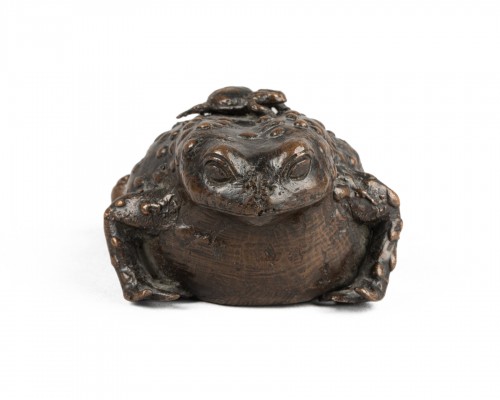