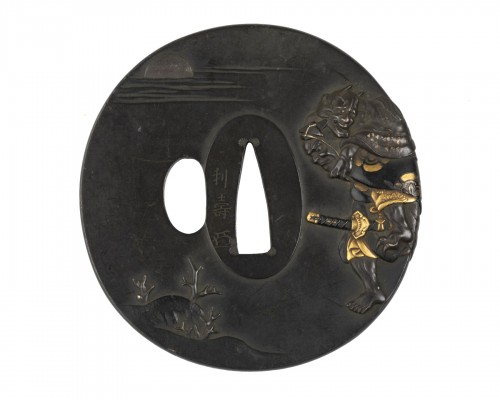 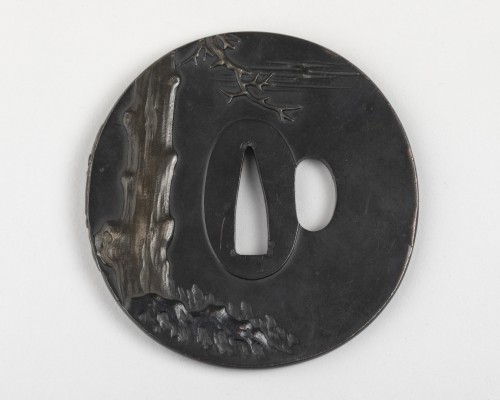 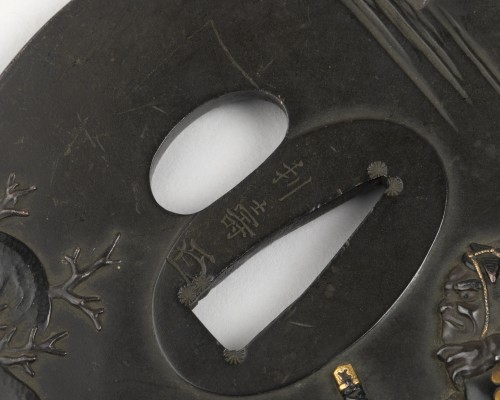 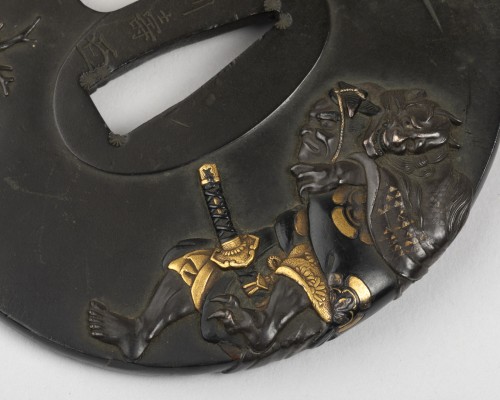 Tsuba mokko-gata in shibuishi, with golden highlight. Decoration in takazogan, depicting Hilo-Shichi with the witch Chichaya on his back. Signed Toshinaga with kao. One hitsu-ana.
The legend saying that one day, Hiko-Shichi, a japanese warrior carrying a young beautiful woman on his back, but finally discovers her real appearance, who is the witch Chichaya, through the reflection of the river.
Japan Edo (1603 - 1868) 19th century
High : 8.5 cm 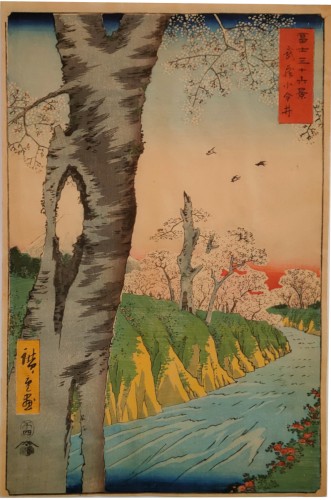 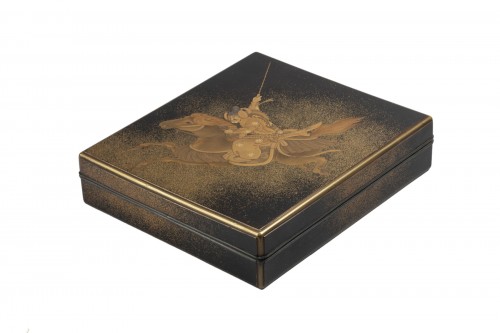 Suzuribako - Warrior on his horse, Japan Meiji, end of 19th