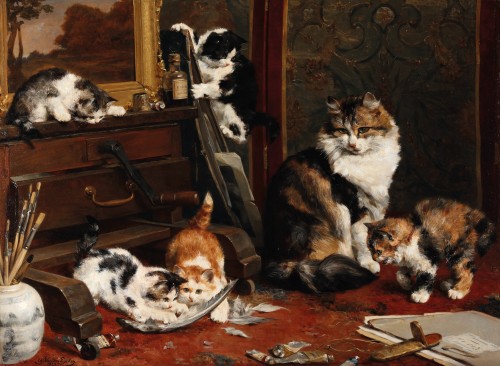 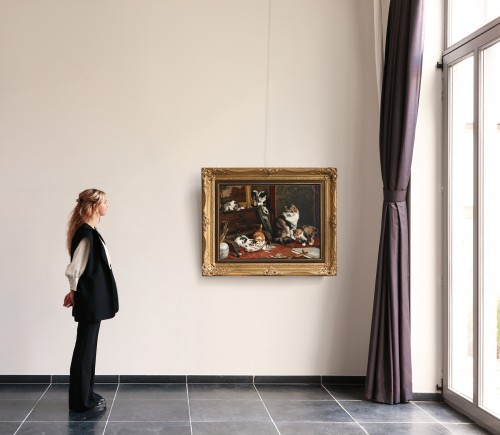 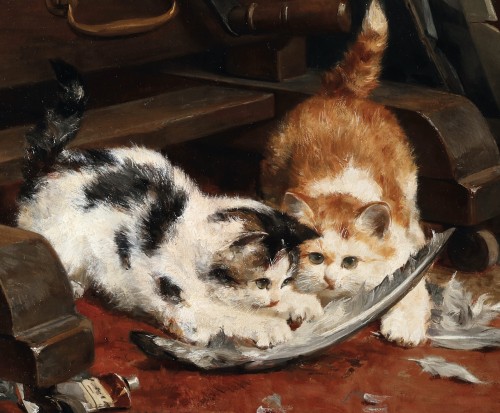 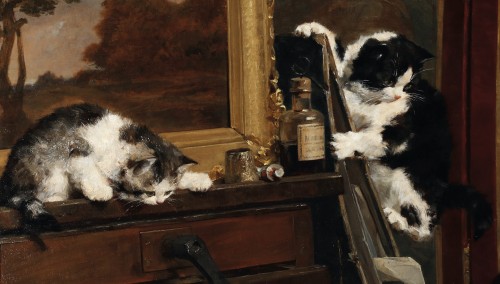 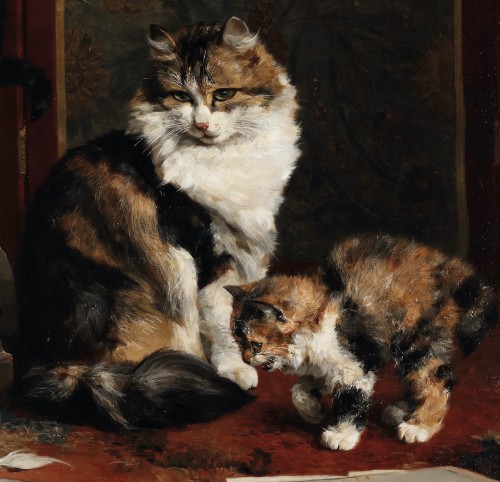 This oil on canvas painting depicts the artist's studio; A mischevious game.
Van den Eycken, also know as Duchêne, was a Belgian painter specialized in depicting interiors, dogs and cats.
Van den Eycken was born in an Antwerp family of painters. He was a student of Joseph Stevens at the Brussels Art Academy. He was an early member of L'Essor and from 1881 regularly exhibited in the Salons of Brussels, Liège, Ghent and Antwerp, as well as in the Netherlands, Germany and Spain. He painted several canvases for Queen Marie-Henriette of Belgium.
The museum of Antwerp has a piece of Van den Eycken in it's collection.
Our painting is signed and dated lower left 1903.
Housed in a period 19th century frame originally born with this painting. 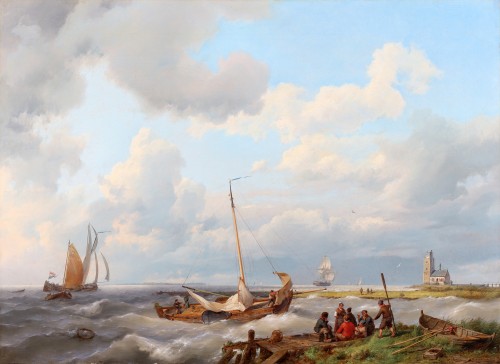 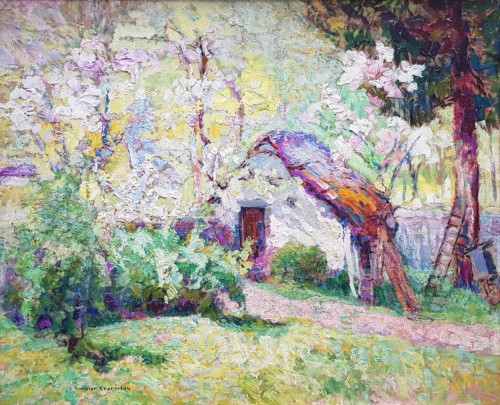 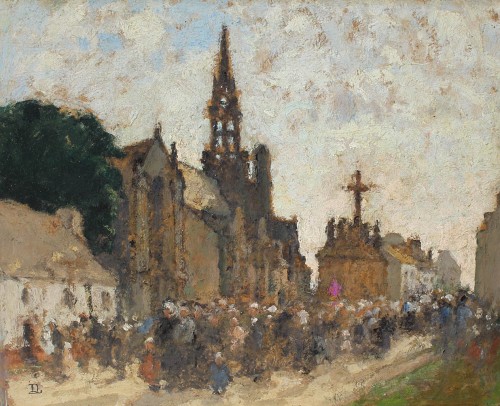 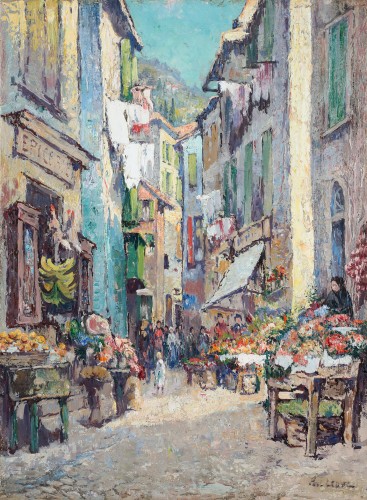