Large Moustiers faïence dish, oval shape with rounded edge and slightly gadrooned wing. Polychrome decoration at the small fire, in the center of the basin, a rock with leafy branches or a couple of parrots, one of which has outstretched wings.
On the wing, four branched parrots and purple net on the edge.
Period: Second half of the 18th century.
Workshop: FOUQUE (Mark of the two crossed F's on the reverse in manganese).
Very good general condition, two slight chips on the edge, no restoration. Marked with a manganese manufacturing cross on the reverse. 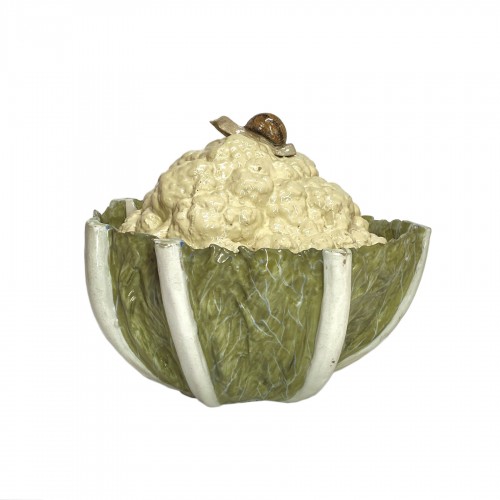 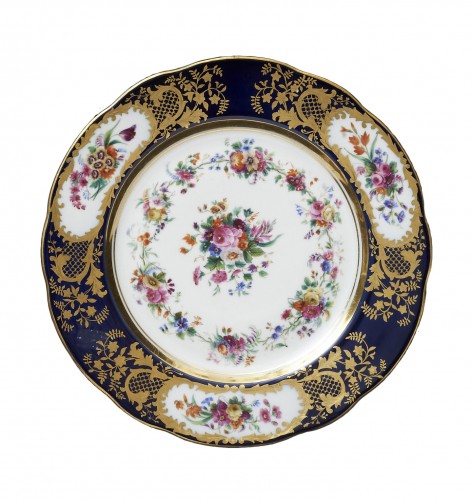 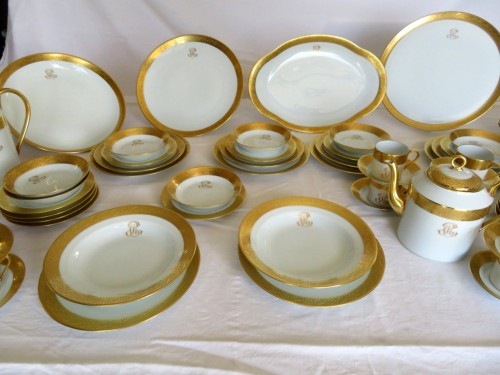 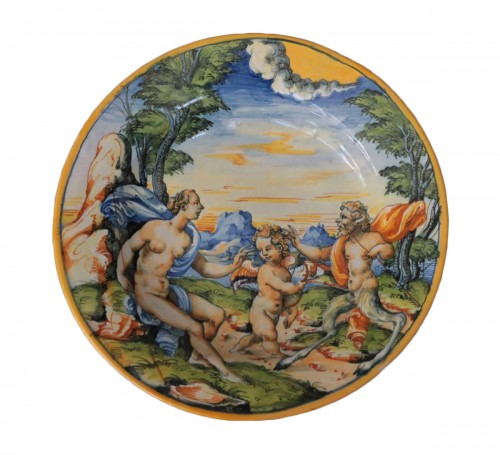 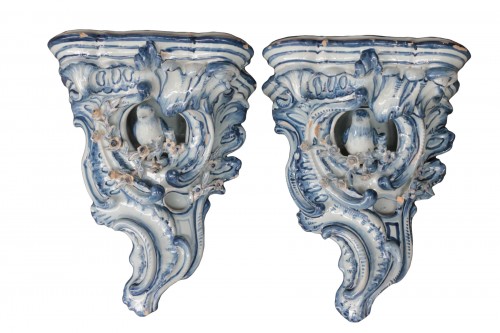