Pair of Blue and White Candlesticks, Delft circa 1765

Each of octagonal shape with a bobêche around the nozzle with a dot in circle motif, the shaft painted with panels of scalework and scroll motifs repeated on the foot.

Before electrification, candles were the main source of light after dark. However, they were considered a luxury, even in the well-to-do home. Thus, the expression ‘the game’s not worth the candle’ highlights the fact that lighting a candle was like burning money itself. Tallow candles, made of animal fat, were the most commonly used candles. They emitted a foul odor and a black vapor, and burned very quickly. An expensive alternative was the beeswax candle, which had a more pleasant perfume and burned for a longer period of time.

Like the candles, their holders were also very expensive objects. Candlesticks gave a particular splendor to the parties and ceremonies of wealthy households. For example, candlesticks were placed in front of mirrors in order to increase the intensity of the light in French King Louis XIV’s Hall of Mirrors. Candlesticks of various shapes have been produced in Dutch Delftware since the 1680s. Some of the earliest examples are documented in the inventories of De Metaale Pot (The Metal Pot) and De Grieksche A (The Greek A) factories. These early candlesticks were sometimes executed in white Delftware, and of square or octagonal shape, as with the present pair. 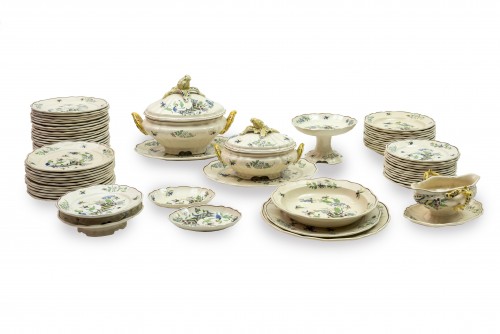 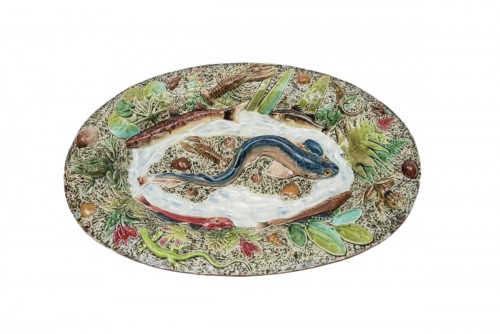 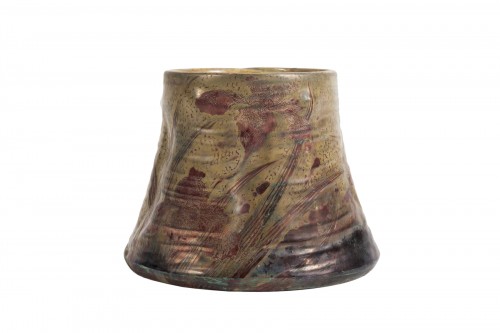