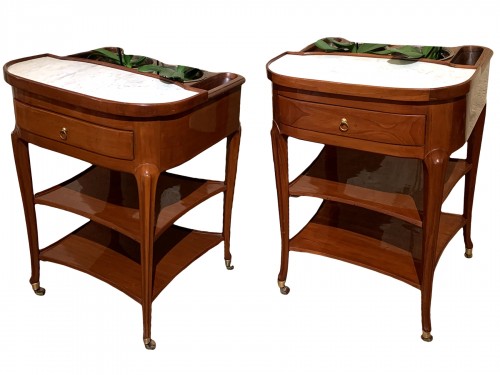 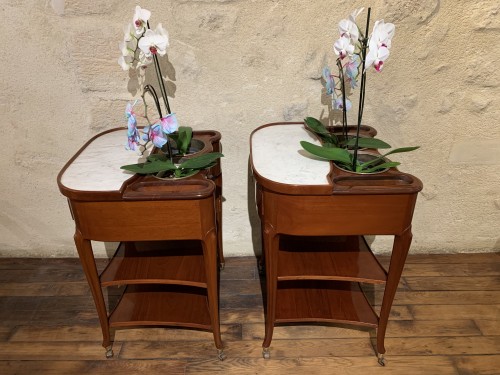 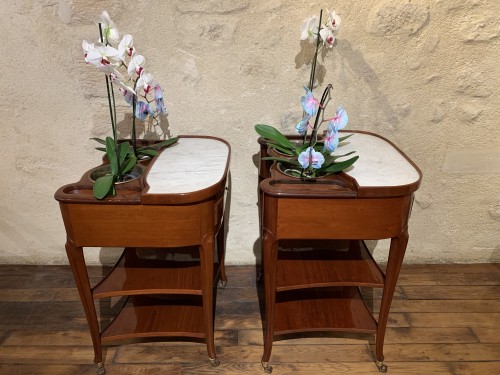 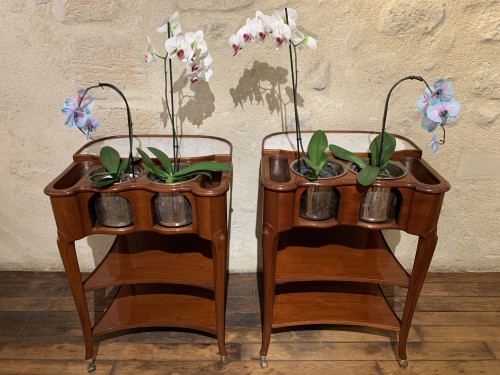 Pair of mahogany tables "rafraîchissoirs" opening with a belt drawer resting on a molded arched base joined by two crotch shelves ending in bronze.

The front part of the top is lined with white marble. The posterior part contains two seals in silver metal and two oblong compartments for knives.


This pair of coolers perfectly illustrates the production of cabinetmaker Canabas: small pieces of furniture in solid mahogany for the most part, with pure lines with very few bronze ornaments. Canabas, whose production quality is incomparable, was a pioneer in the execution of utility and light pieces of furniture intended for the service during dinners of assemblies in the absence of domesticity in a room then new: the dining room. Our coolers, with four compartments for holding buckets to cool, are perfectly in line with this trend from England. 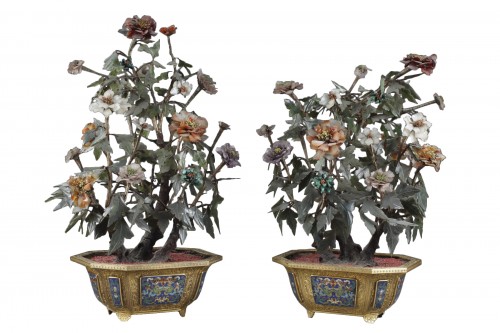 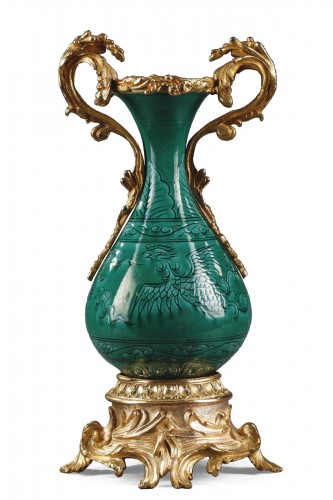 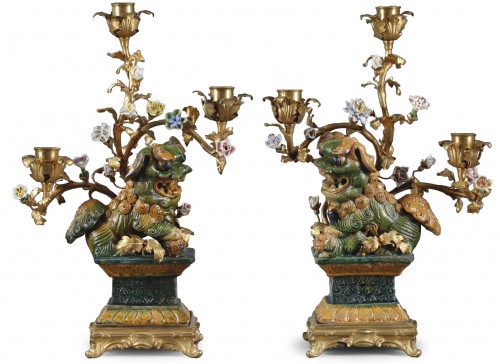