Van Loo also painted the portraits of Victor Amadeus III sisters. The Portrait of Maria Louisa is housed in the museum Accorsi-Ometto in Turin, thoses of Maria Felicita and Eleonora Maria Teresa, are in private collections.

Victor Amadeus III was king of Sardinia, duke of Savoy, Piedmont and Aosta between 1773 and 1796, when he passed away. He was the son of Charles Emmanuel III and of Polyxena of Hesse-Rheinfels-Rotenburg. He married Maria Antonietta of Spain (1729-1785), youngest daughter of Philipp V of Spain and of Elisabeth Farnese.
Loui-Michel van Loo represents here Victor Amadeus III well before he was crowned. Indeed, in 1733, when the painter travelled to Turin aged 26, he received an official order from the House of Savoy for four portraits of the children of Charles Emmanuel III. Therefore, the future king is aged 7 in this picture. He is represented half-length, leaning on a handrail. A heavy curtain hides most of the background, but one can glimpse the Alps standing out from the cloudy sky. Finely painted, this picture stands out for its lively palette and for the elegant rendering of the fabrics, as all the works of Louis-Michel van Loo.
Louis-Michel van Loo counts amongst the most renowned 18th century portraitists. He was the member of a dynasty of painters that came from Holland, and settled in France during the 17th century. He studied painting with his father Jean-Baptiste and obtained the Prix de l’Académie royale de peinture et de sculpture in 1725, with a painting representing Young Moses letting drop the Pharaoh’s Crown, then he travelled to Italy. He stayed there between 1727 and 1732, with his uncle Charles-André van Loo. There he was able to study the art of the Renaissance and the antiques. When travelling back to France, he stopped in Turin, before he became the official portraitist of the Houses of France and of Spain. The portraits he painted in Turin granted him a special relationship with the members of the House of Savoy. 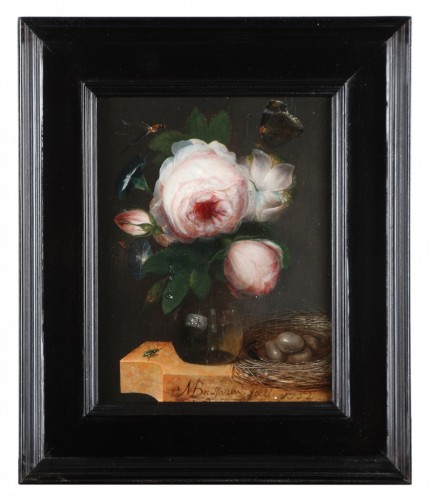 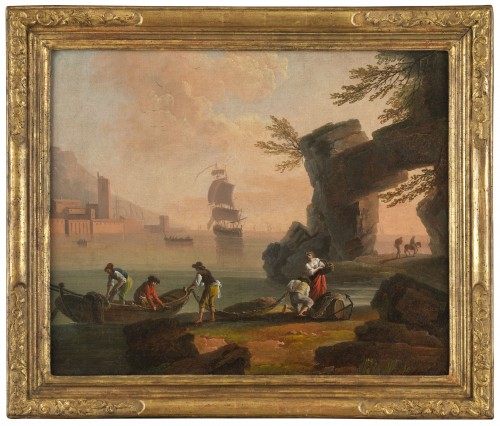 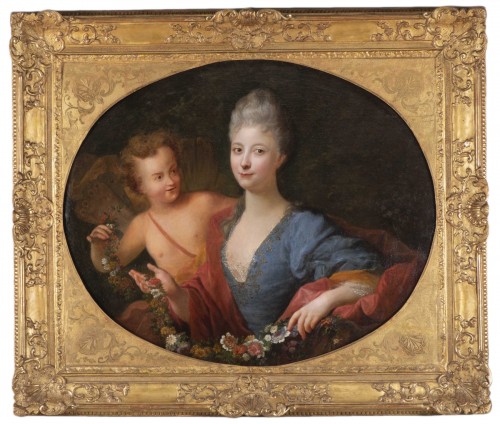 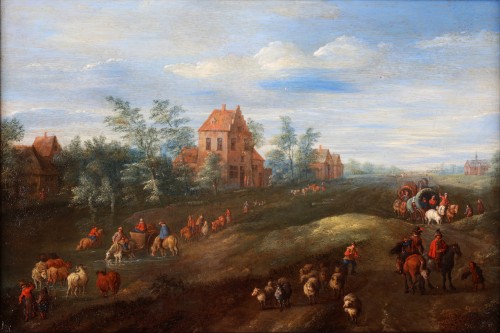