A pair of bronze vases with a stretched bulbous body on a flared foot, with long tapering neck, cast as a tied sheaf, on which a grasshopper has landed.

Insects (mushi) occupy an important place in Japanese culture. Hunting for insects is a popular pastime, especially among children. Using plastic nets and cages, they catch cicadas and beetles to observe them.

Between 1830 and 1832, Hokusai composed an untitled series of ten large horizontal prints to distinguish it from the smaller one, known as the Small Flowers. The grasshopper is the main subject of one of the prints in this series, Iris and grasshopper: Hokusai represents, with finesse and precision, a sheaf of iris, all imprint of vigor and fragility, including most of the orange flowers, variegated with blue and purple, are mostly already open. In the center, on the tallest and most rigid sheet, but also the most damaged, a large grasshopper is represented, the same color as the foliage it is busy devouring. 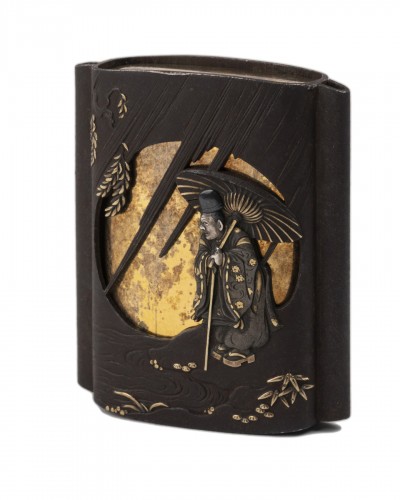 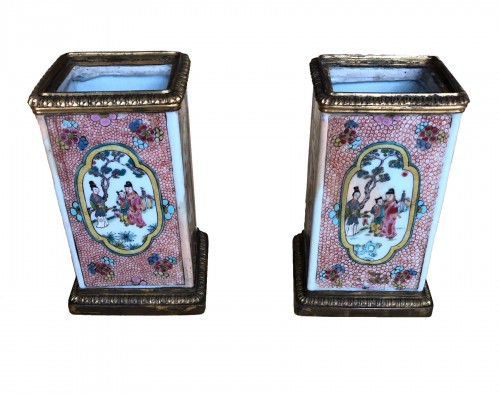 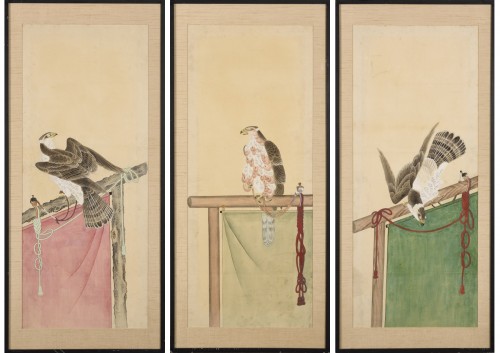 A series of eight gouaches on paper, Japan, Meiji Period. 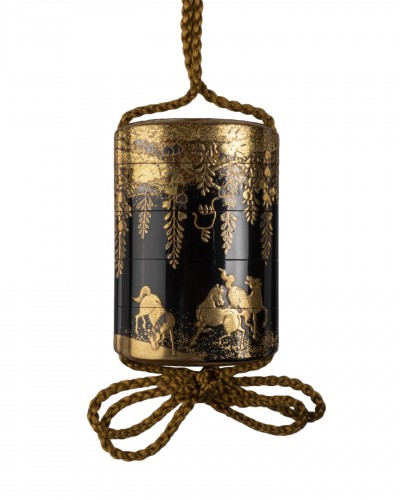 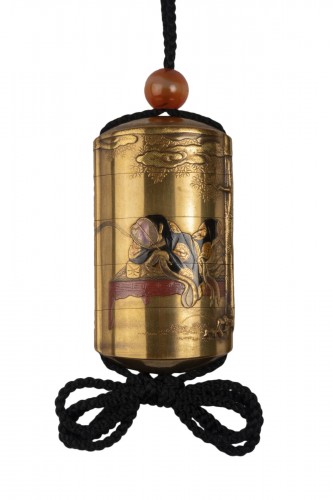 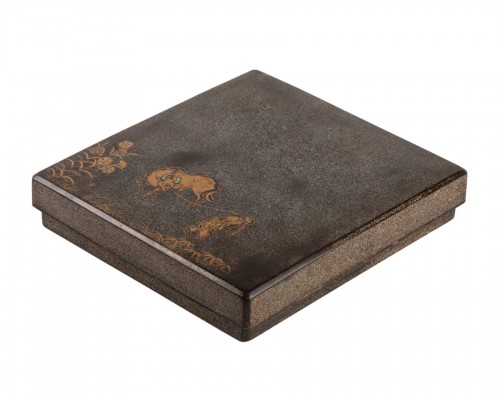