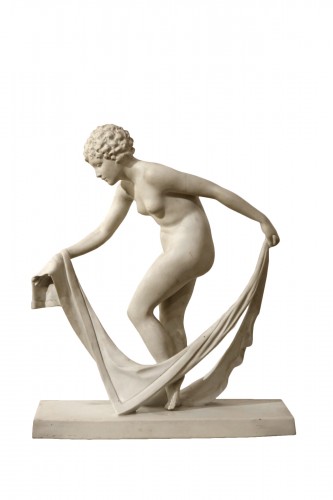 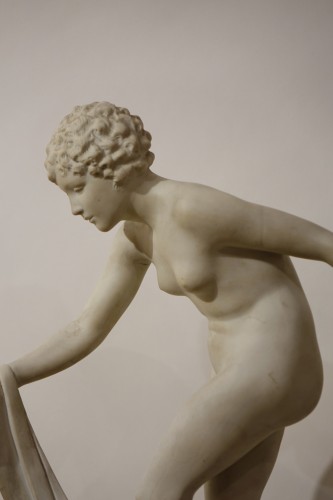 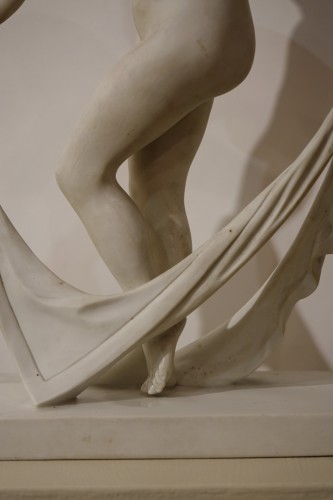 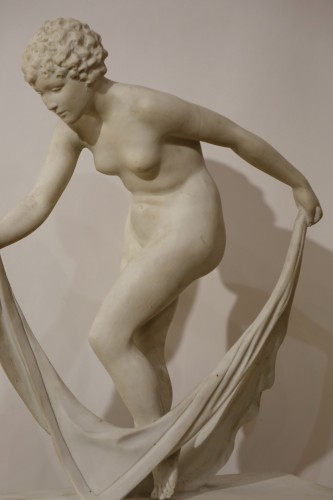 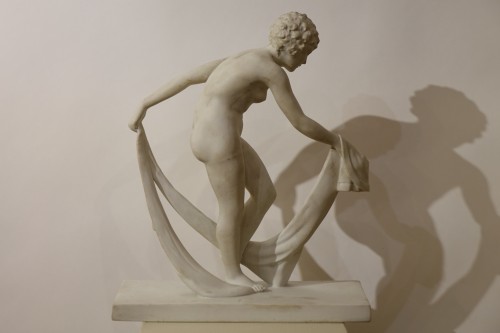 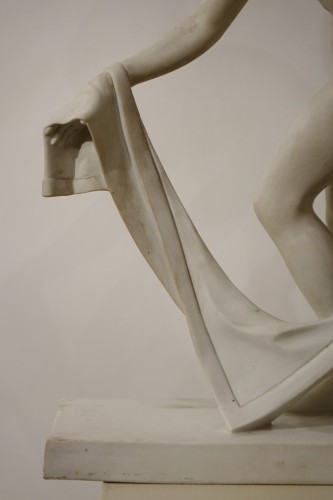 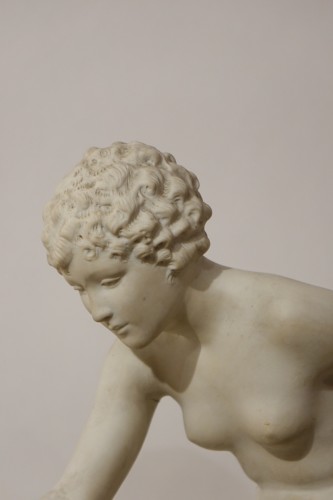 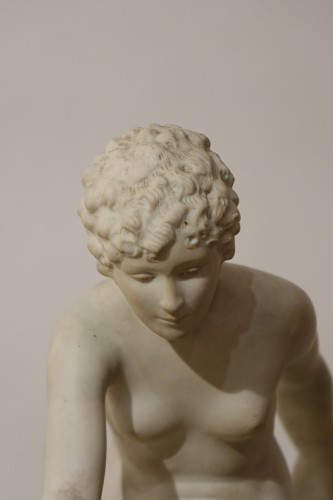 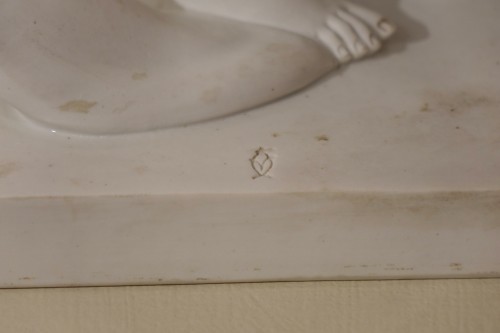 Biscuit Porcelaine representing a young woman, nude, getting out of her bath.
Manufacture of Villenauxe, signed on the base :B.REZL.
Buhumi REZL, born in September 1899 in Czechoslovakia, emigrated to Paris in 1926, from where he began to create models for the factory of Villenauxe, in the department of Aube, where he settled from 1933.
In 1951, he returned to the Czech Republic where he died in 1963.
"His production of statuettes would be very demanded today", according to the information provided by Mr Tessier, director of the factory from 1972 to 1988.
Important factory created in 1856, it employed up to 180 people in the 1960s.
France, around 1940.
Very good condition. 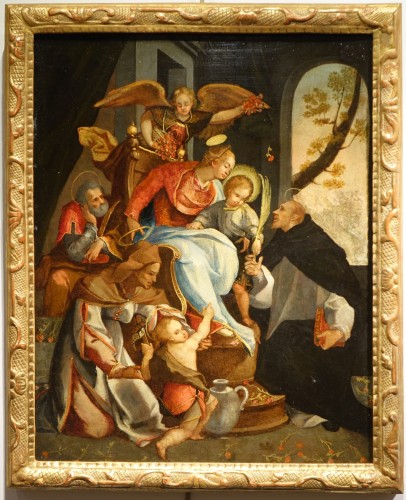 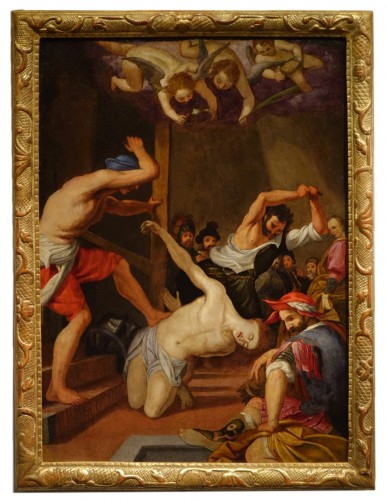 Martyr of an unidentified saint - Italian School circa 1580 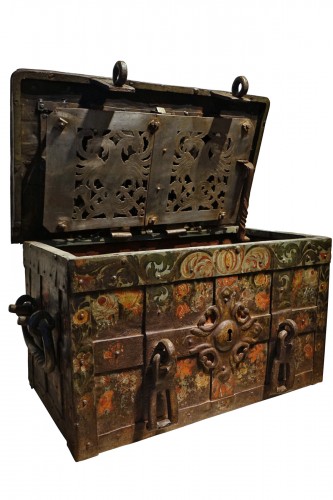 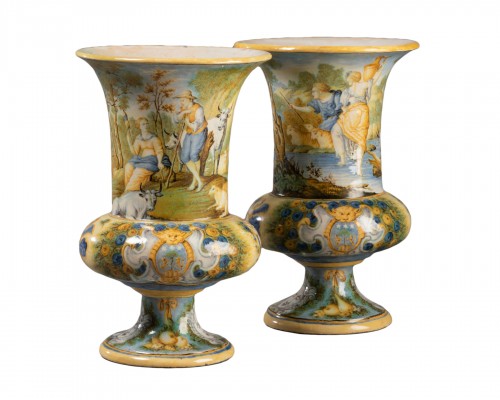 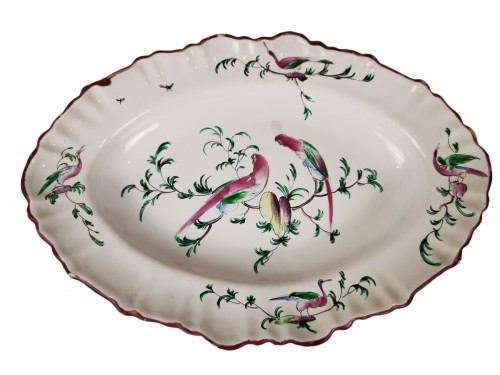 A Moustiers by Fouque 18th century 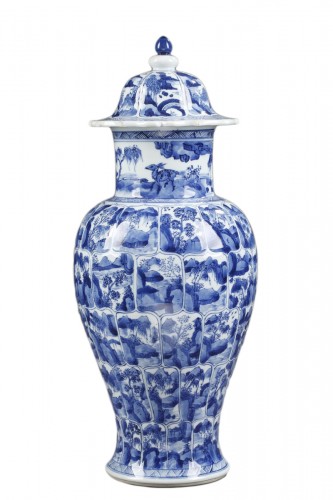 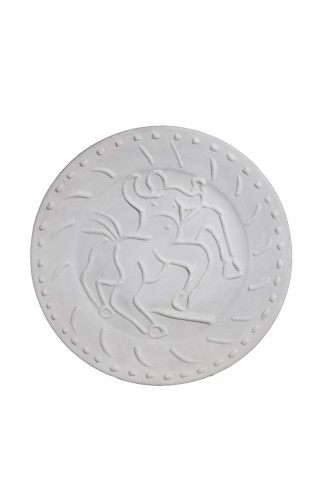 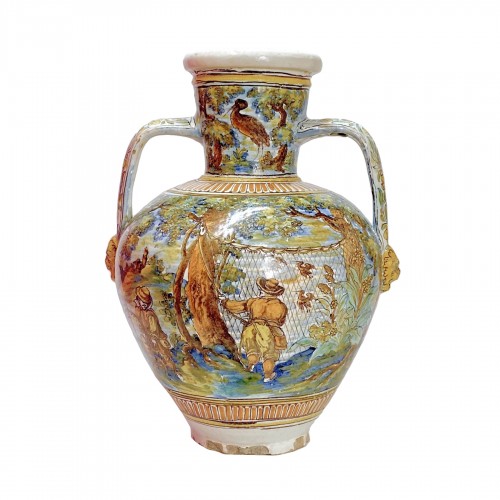