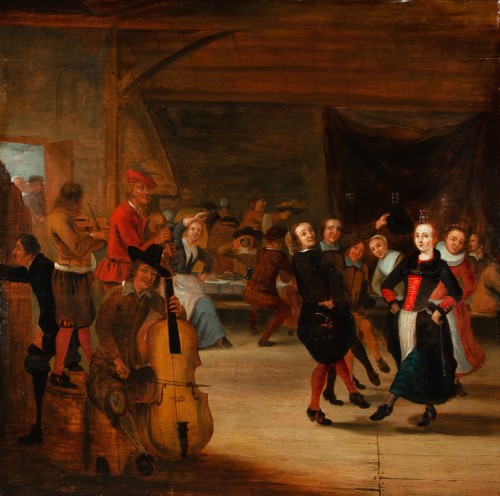 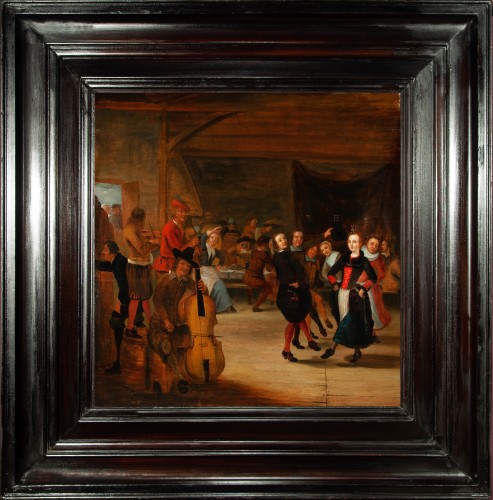 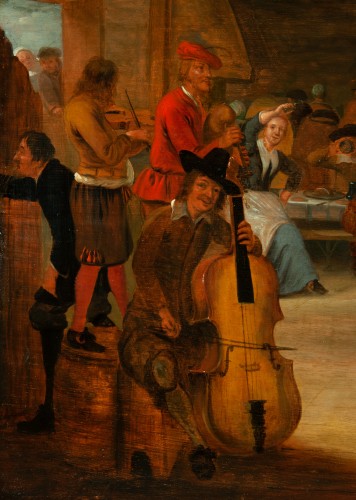 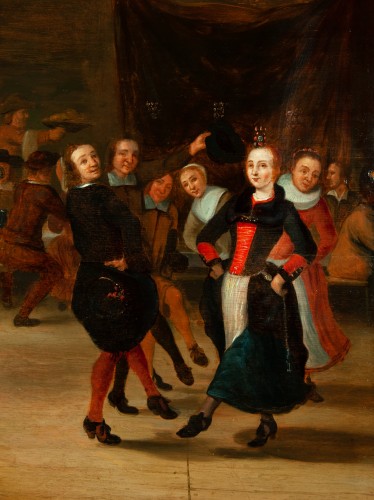 The painter shows us here one of his favorite subjects: the wedding party, we know several versions of this theme that Gerrit Lundens painted several times.


Gerrit Lundens, Dutch painter, born September 27, 1622 and died July 11, 1686 in Amsterdam.
Born in Amsterdam, a booming city in the 17th century. He married Agniet Mathijs in Antwerp on April 11, 1643. The couple will have a daughter Ysabella married on November 13, 1677 with Theodorus van Rijn.

First specialized in miniature painting, he then multiplied themes such as still lifes and portraits, his taste also extended to scenes of everyday life such as parties and weddings. He died in Amsterdam in 1686.

Note that around 1655, he made a copy (66.5x85.5cm) of Rembrandt's famous Night Watch, before the original canvas was cut to be transferred to the Amsterdam Town Hall, which represents considerable interest. This replica was originally intended for Captain Frans Banning Cocq who is the central figure in the painting and mayor of Amsterdam at the time. It is now on display at the National Gallery in London while the original painting remains in Amsterdam, kept at the Rijksmuseum. 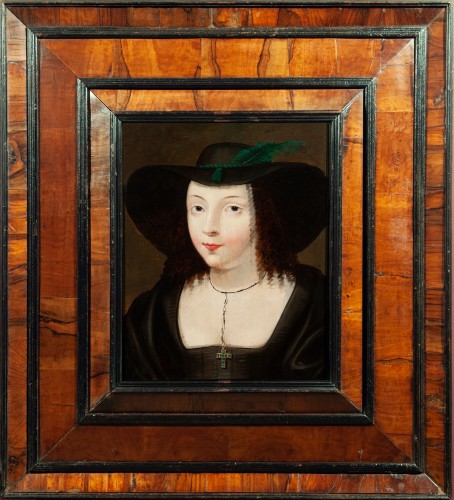 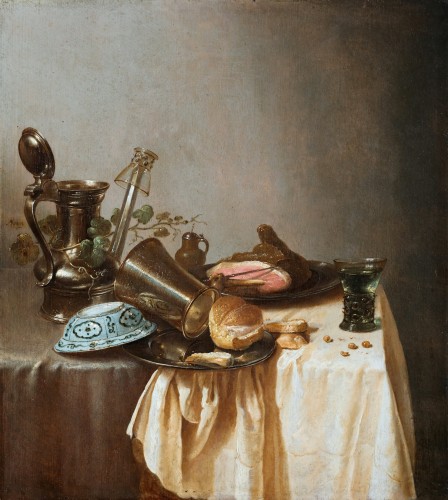