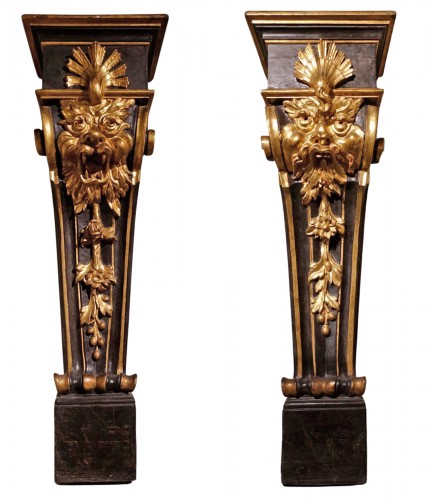 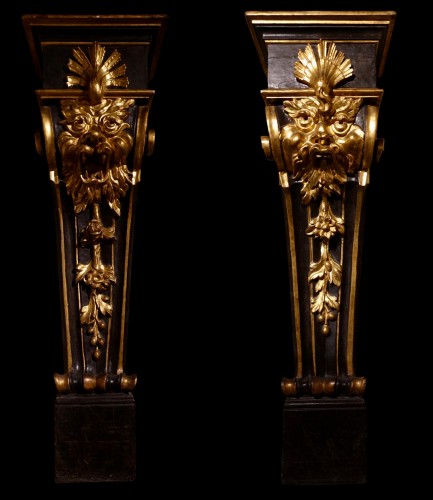 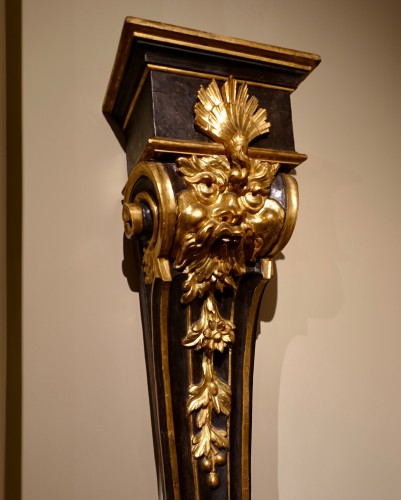 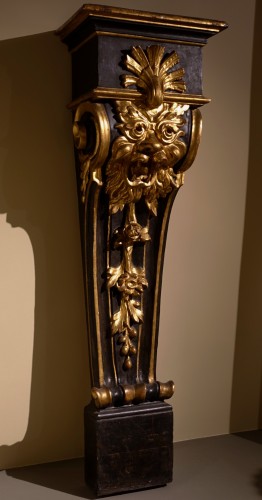 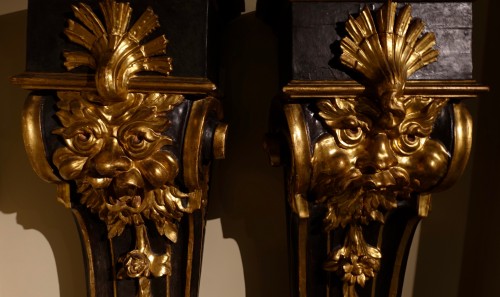 Each composed of a molded top resting on a tapered and fluted shaft, richly decorated with sculpted patterns, these gaines feature a quadrangular support in the form of a pillar narrowing towards its base.

A grimacing mascaron sits on the top of each pedestal, creating an "extravagance" that fits perfectly into the ostentatious architecture and decor typical of the aristocratic elites of the 16th and 17th century. The strong relief of these fantastic heads only increases their expressiveness.

This kind of sculpted supports was very common in the homes of the Medicis, who favored them to display their ancient and modern sculptures.
The sculpted pedestals that still decorate Palazzo Pitti in Florence have obvious similarities with our pair, in the dimensions and in the sculpted decoration.

The presence of the grotesque mascaron can be interpreted as an evolution in the baroque sense of the pedestals designed by Bernardo Buontalenti and realized in 1568 by Dionigi Nigetti for the Uffizi Tribuna (drawing kept in Florence at the Central Nazionale Library).

The grotesques appear as an emblematic expression of Mannerist culture in relationship with the taste for eclectic collecting and the aesthetics of abundance.