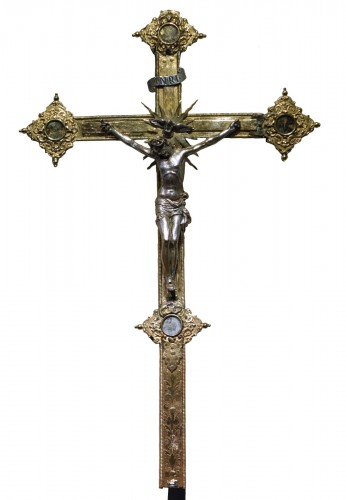 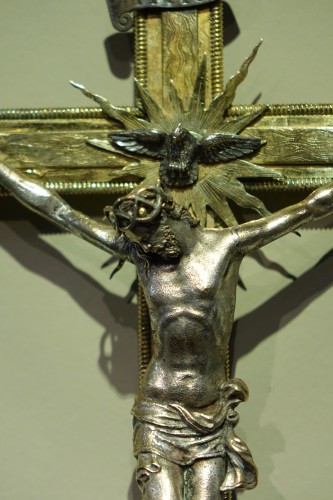 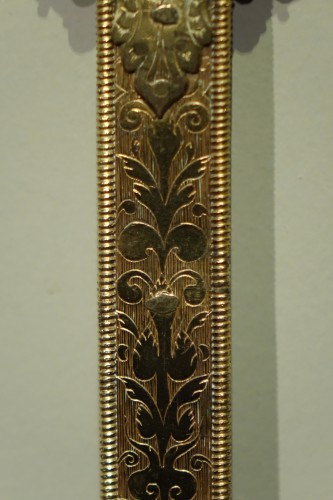 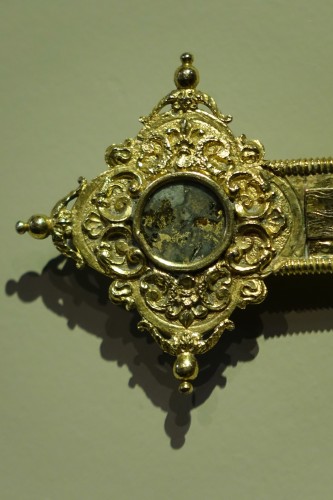 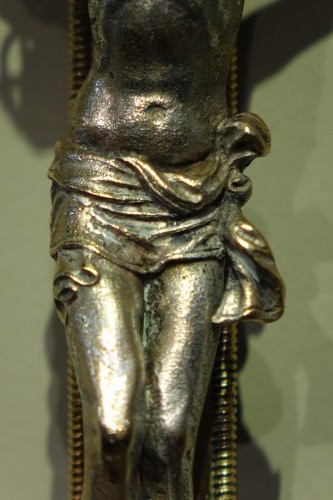 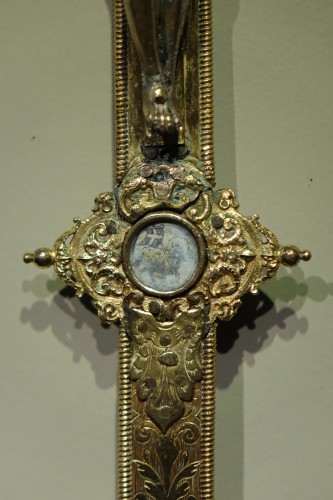 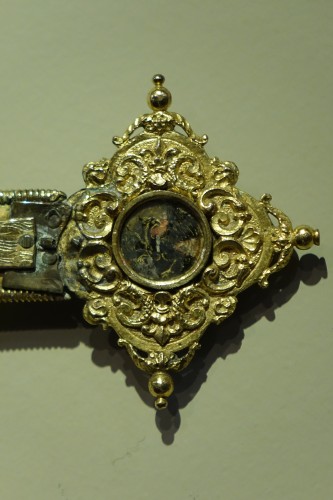 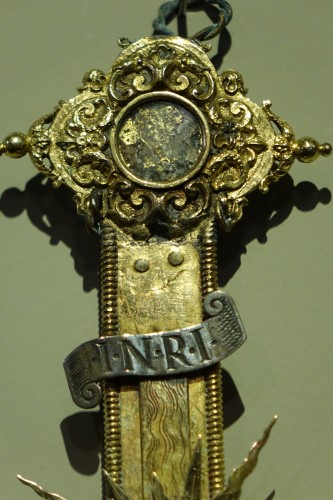 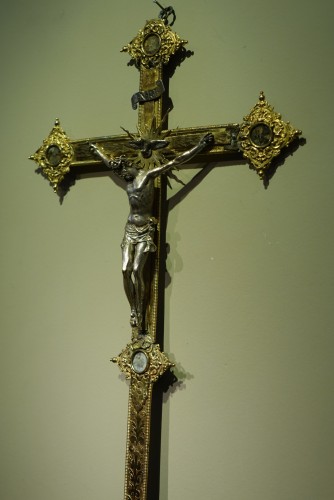 Cross in gilded silver, Rome, circa 1600. Circle of Antonio Gentili da Faenza (1519-1609). The cross is engraved on both sides of leaf foliage, delimited on the edges by a rosary pattern. At the four ends, rich spandrels, containing églomisés glasses suggesting the attributes of the Evangelists (we especially distinguish the eagle of Saint John). The lower one has been changed to a representation of the Pascal Lamb. The dove and the speech ball are made of silver. Christ, in silvery copper, is close to the work of Antonio Gentili da Faenza, and his workshop. Son of a goldsmith, he entered the highest circles of society in his time. Active in Rome, he was accepted master of the Eternal City Guild in 1552. Difficult to identify, he was inspired by the artists' repertoire like Michelangelo, Guiglielmo della Porta. He was commissioned (The Medici, or Cardinal Farnese) for numerous works, including that considered to be his masterpiece: the Cross and the candlesticks in gilded silver belonging to the Treasury of Saint Peter in the Vatican. Old restorations, reinforcement at the back. 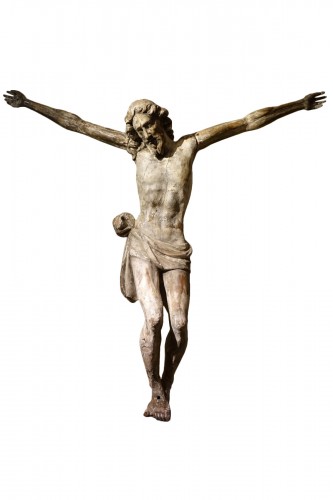 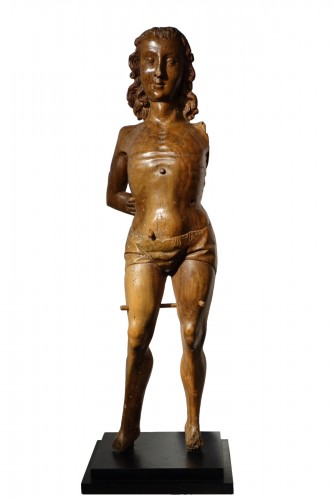 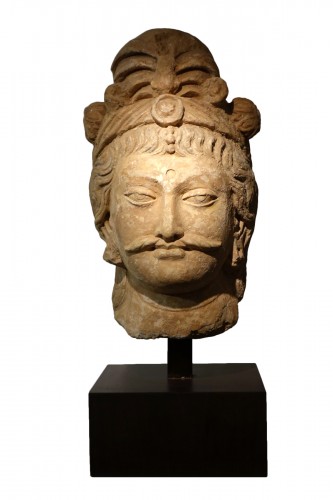 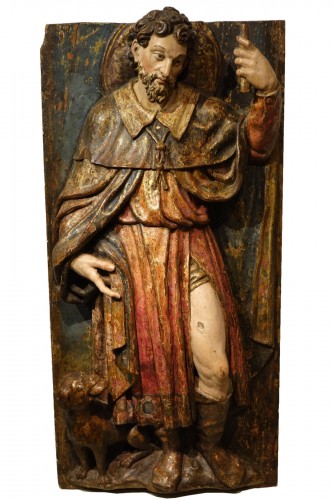 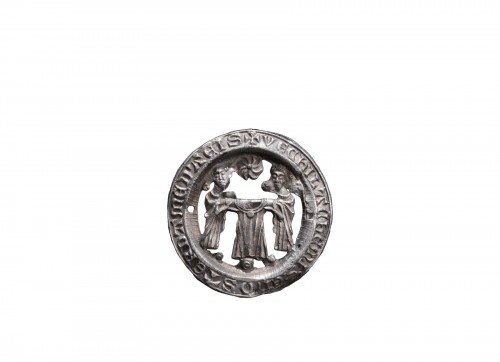 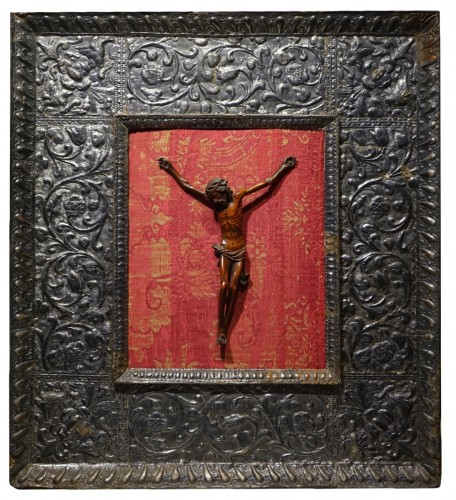 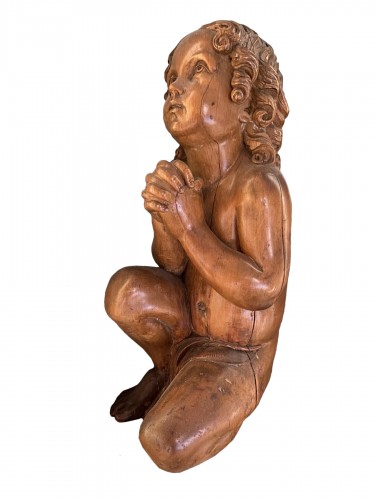 A wooden sculpture of a baroque angel - Germany