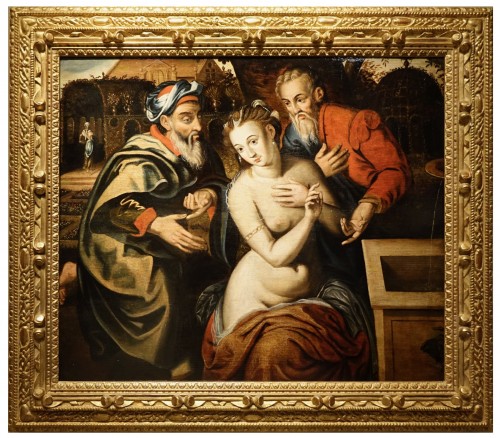 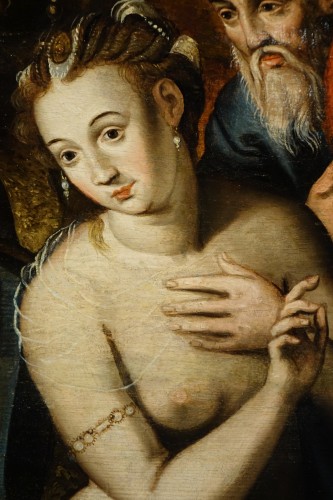 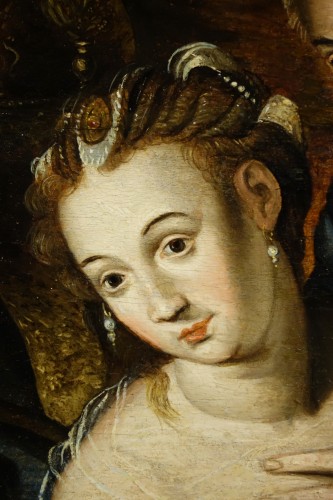 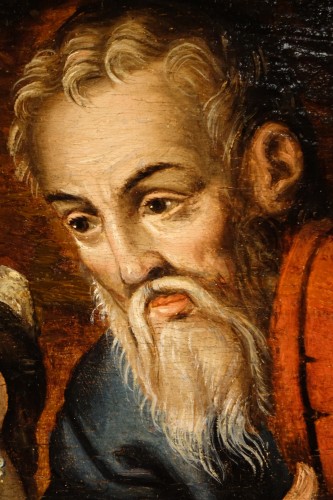 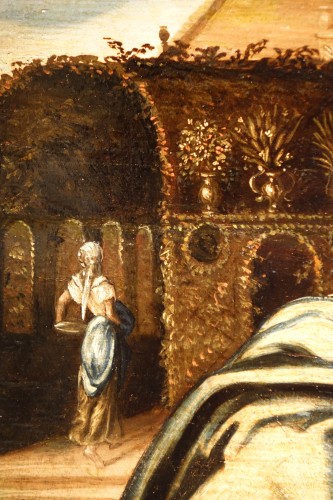 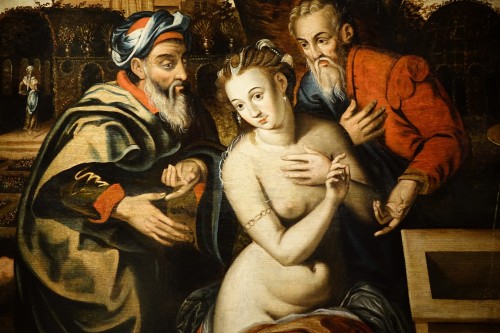 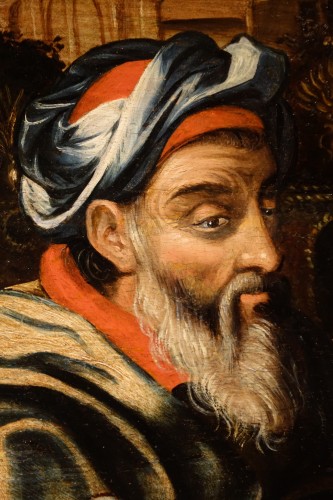 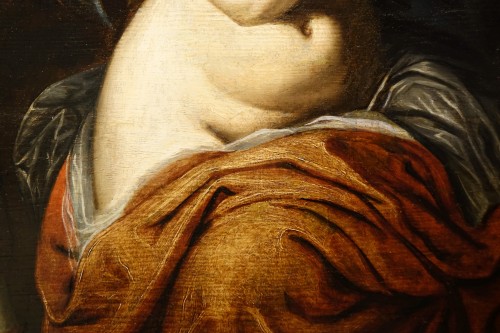 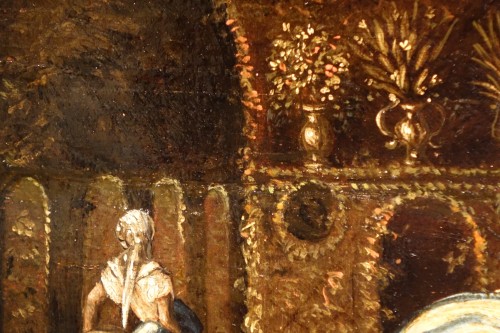 The story of Susanna is found in the book of Daniel ( Appendix 13), based on the Greek text of Theodosius (a Jewish scholar who wrote in Greek during the 2nd century), translated by St. Jerome (347-420), and introduced in his vulgate. This passage is considered apocryphal by Jews and Protestants and is found only in the Catholic Bible. During the exile of the Jews in Babylon under Nebuchadnezzar II, Susanna, a beautiful and pious woman, was accused of adultery by two old judges and found innocent by Daniel.
Reinforcements at the back of the panel, cleaning and restorations of use.
Antwerp School, circa 1580.
giltwood frame 19th century 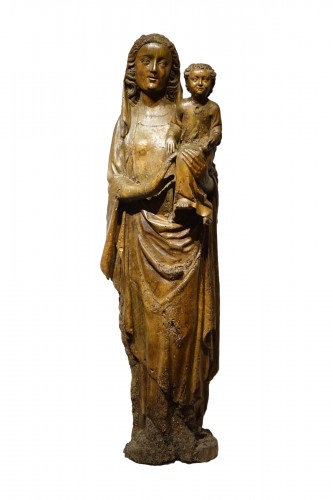 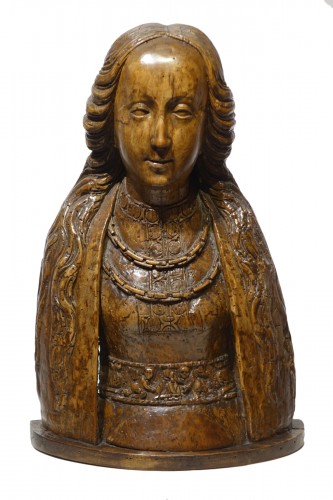 Bust of Saint or reliquary bust - North of France or Flanders, circa 1500 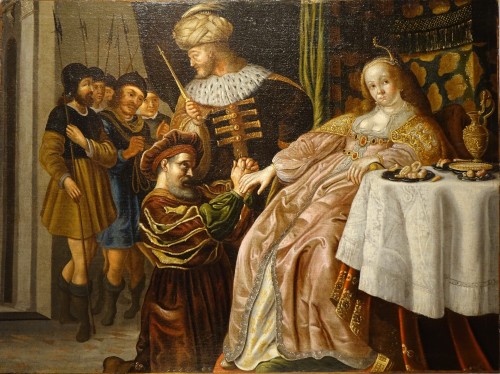 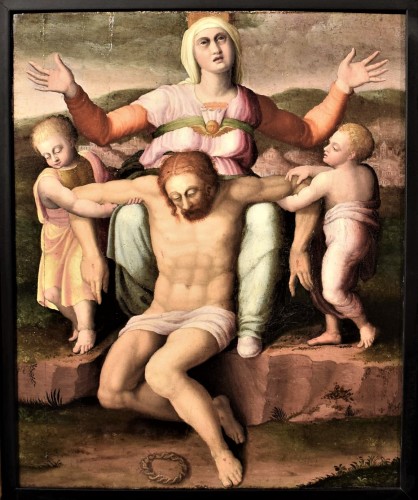 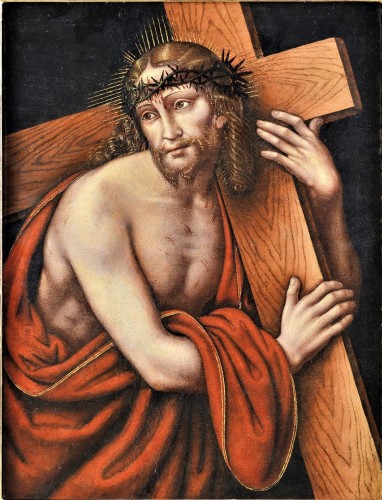 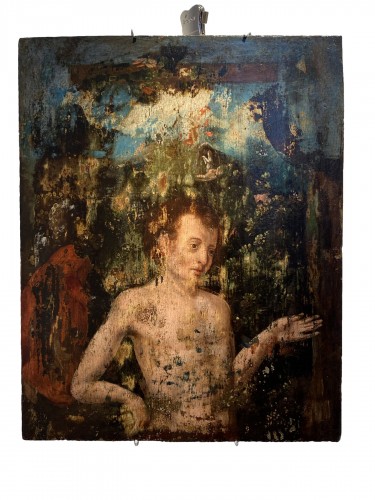 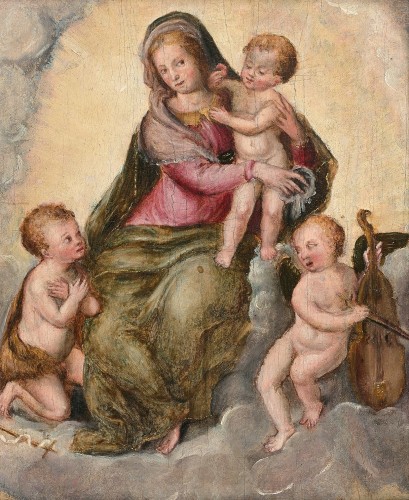